According to the 43-year-old rapper, he has been trying to get a divorce from his wife after she met his colleague, Meek Mill at the Waldorf Hotel.

West referred to his mother-in-law as ‘Kris Jong-Un’ as he mentioned that it was not right for his wife to meet his colleague to talk about ‘prison reform’.

The rapper accused the Kardashians of ‘white supremacy’ and said they brought a doctor to ‘51/50’ him.

5150 was the number established by the Welfare and Institutions Code that can put an adult in an involuntary hold for a 72-hour psychiatric hospitalization.

The ‘Ye’ crooner also claimed his wife Kim Kardashian and her mother released a statement about his behavior without his approval.

The father of four went on to say that he knows they may not let him see his children till they turn 18.

The rapper took a swipe at his mother-in-law by asking her to call him when she is done organizing her children’s ‘Playboy’ shoot.

The tweets were eventually taken down deleted barely half an hour after they were posted.

Read Also: Kanye West Rants On Twitter; Says His Wife Tried To ‘Lock Him Up’ 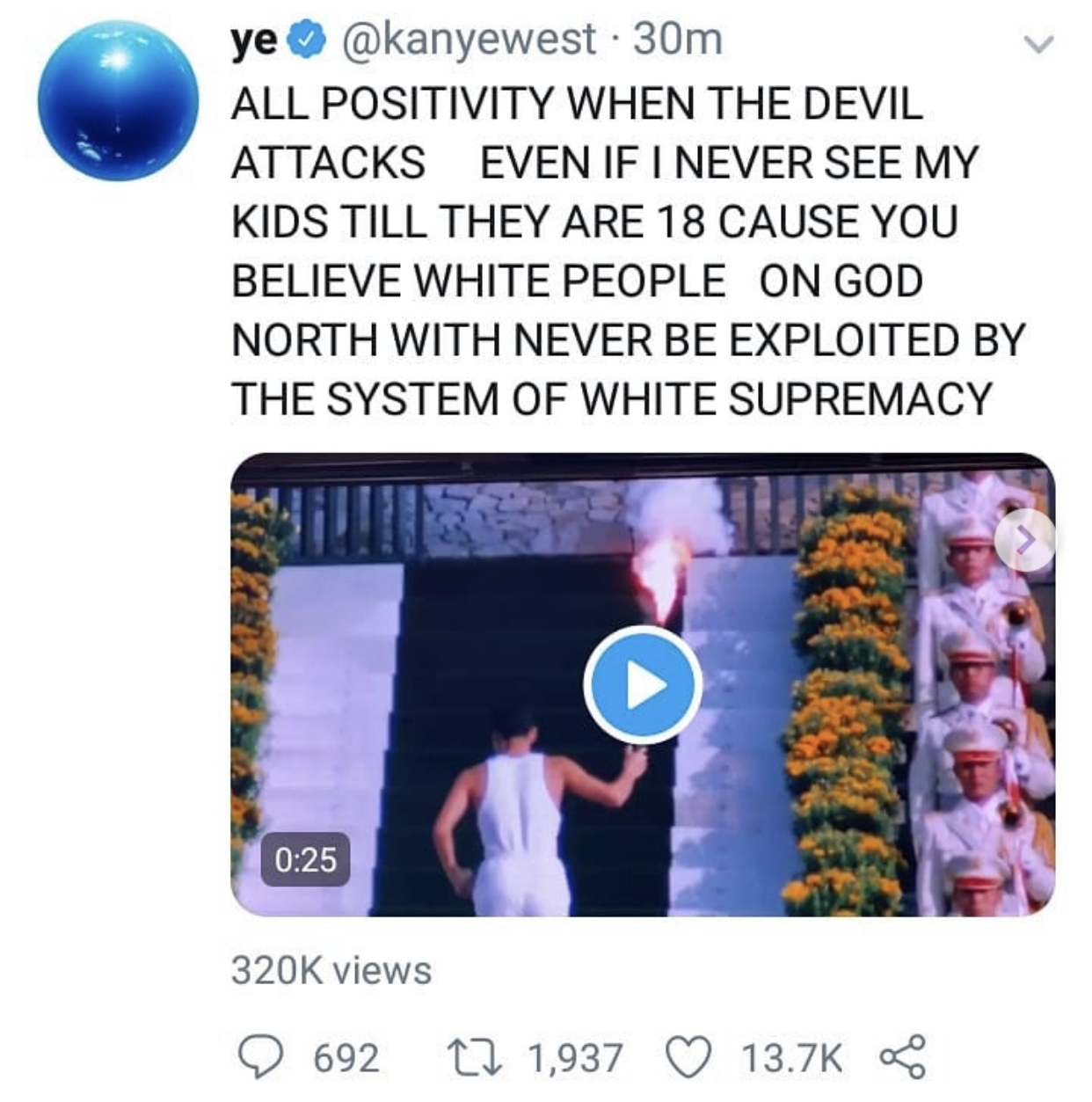 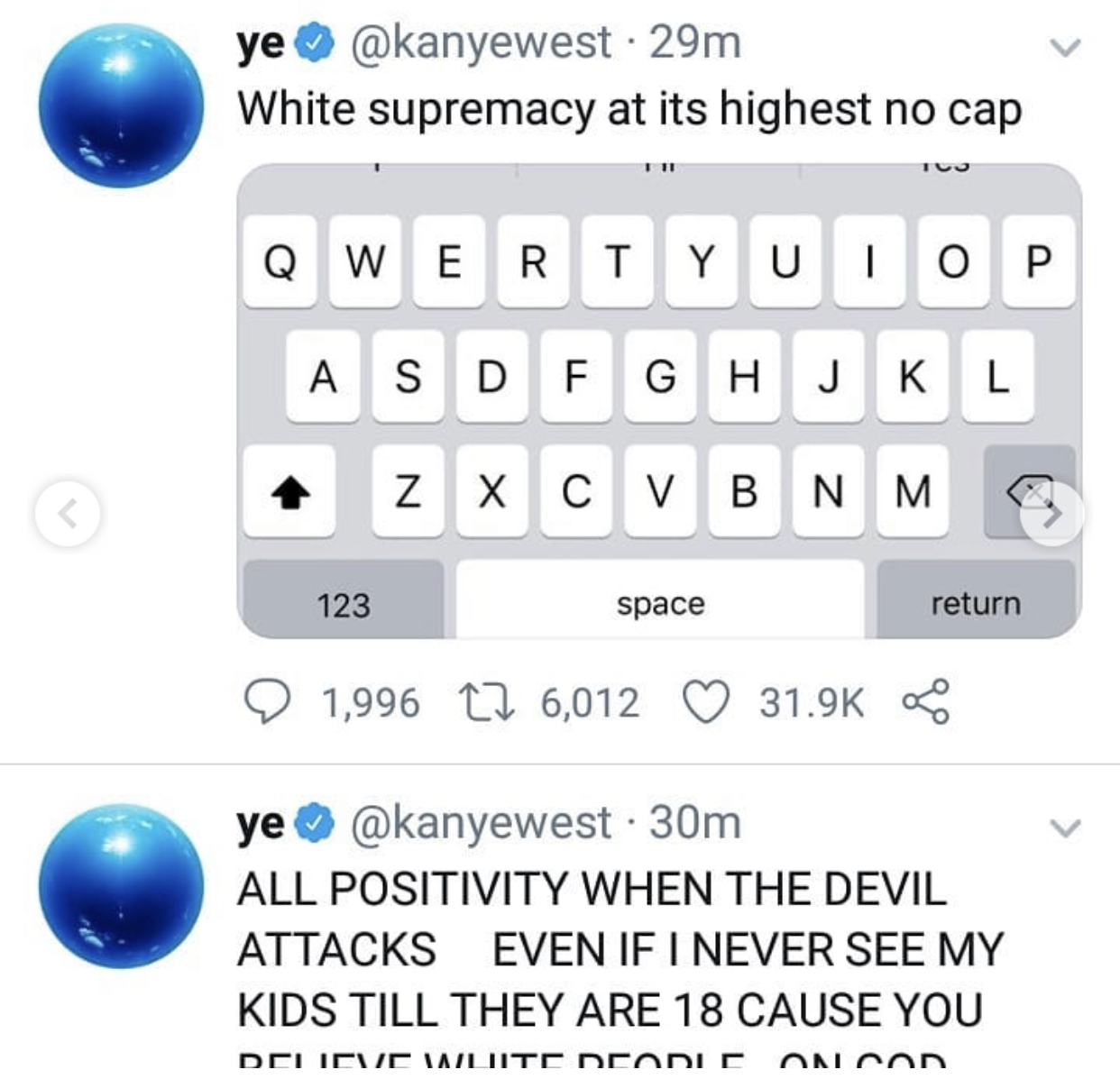 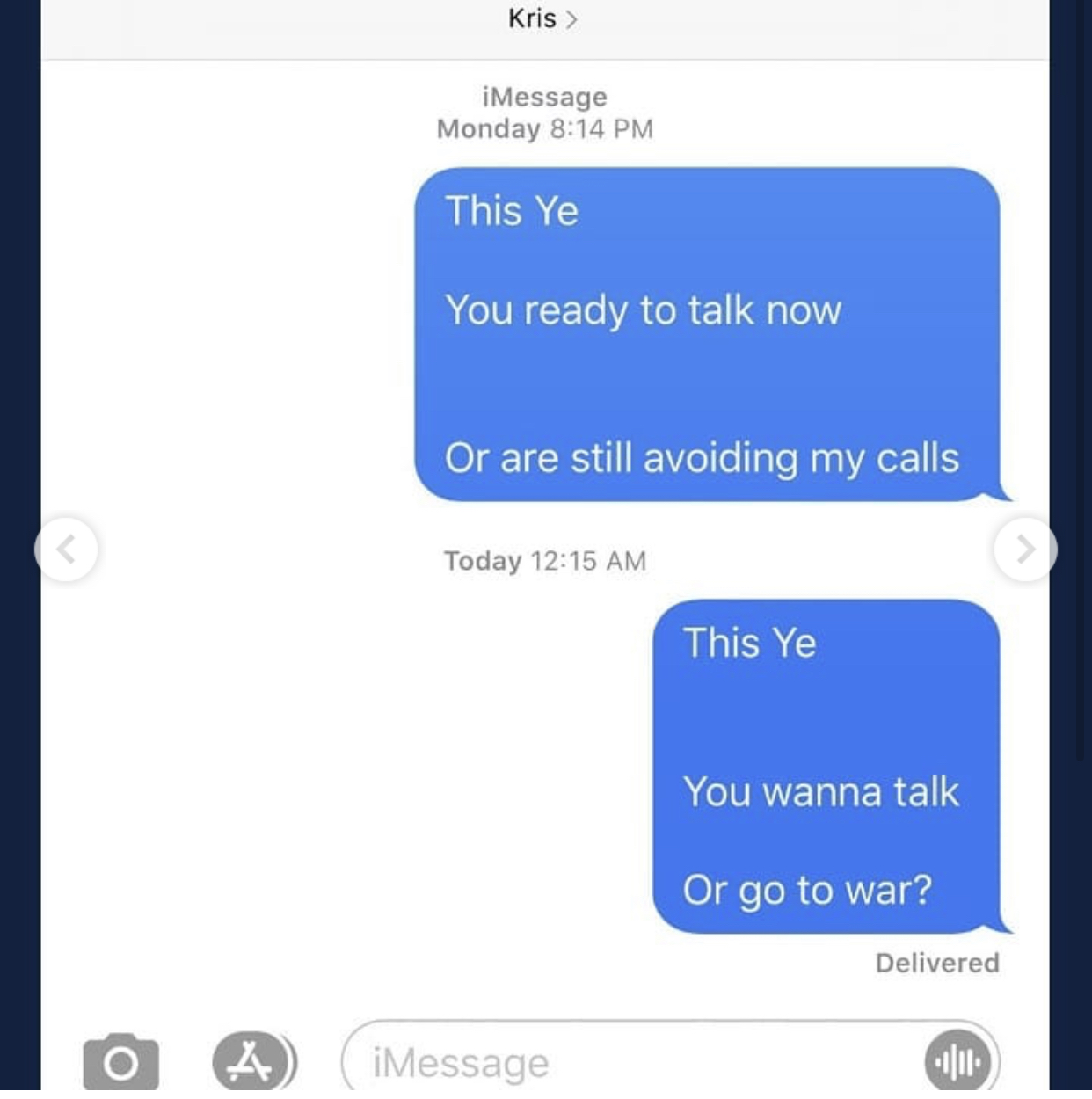 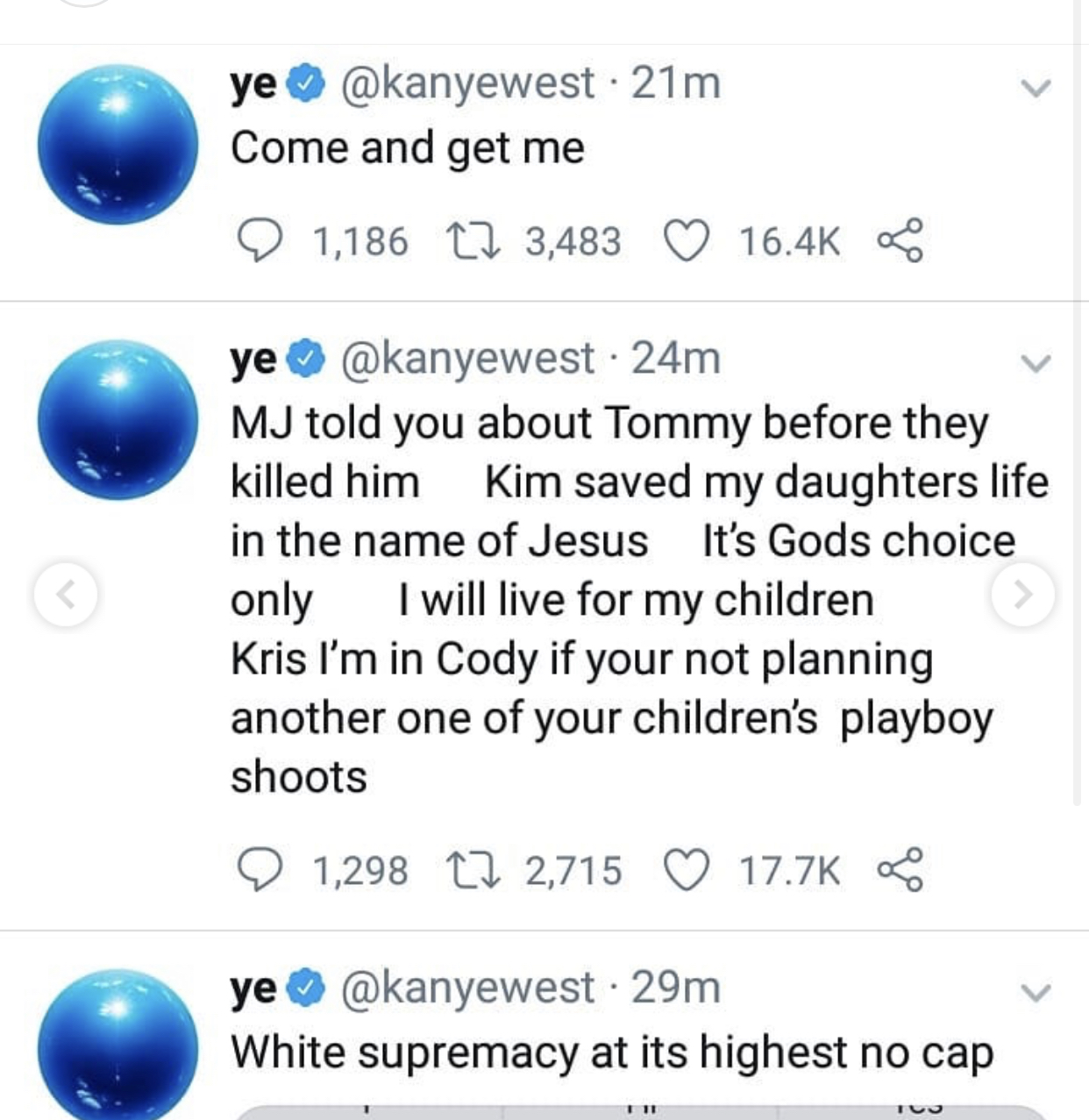 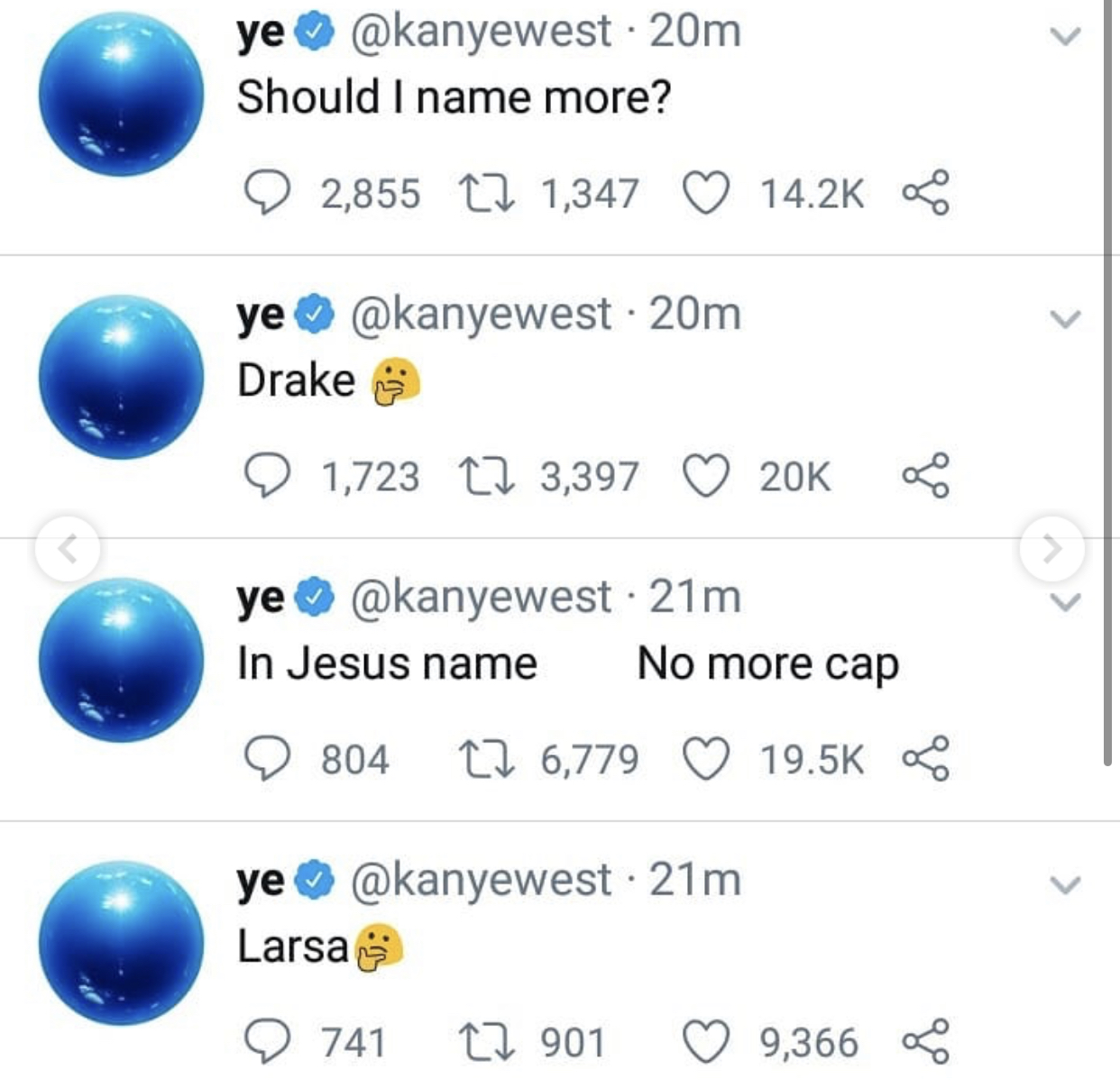 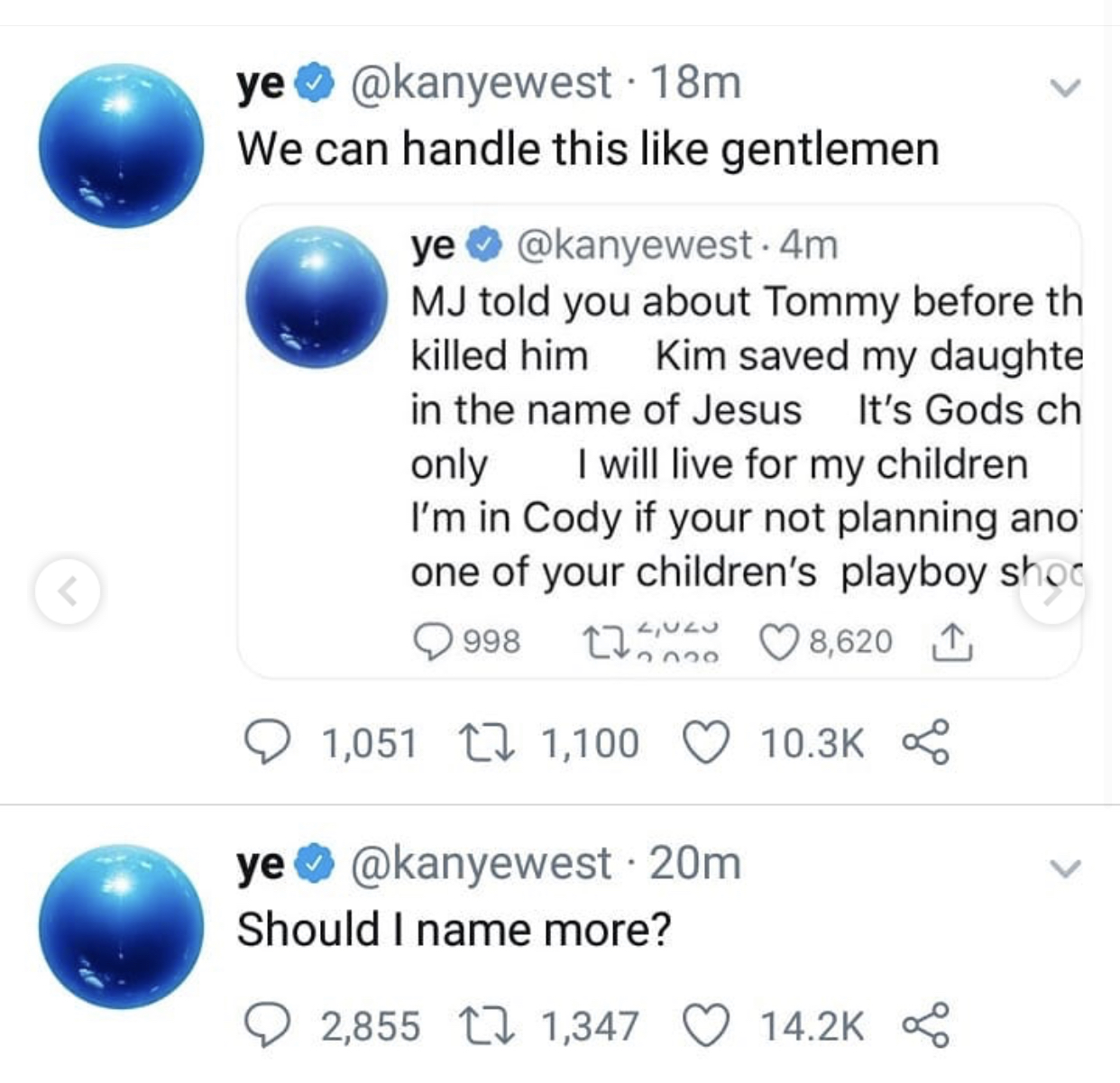 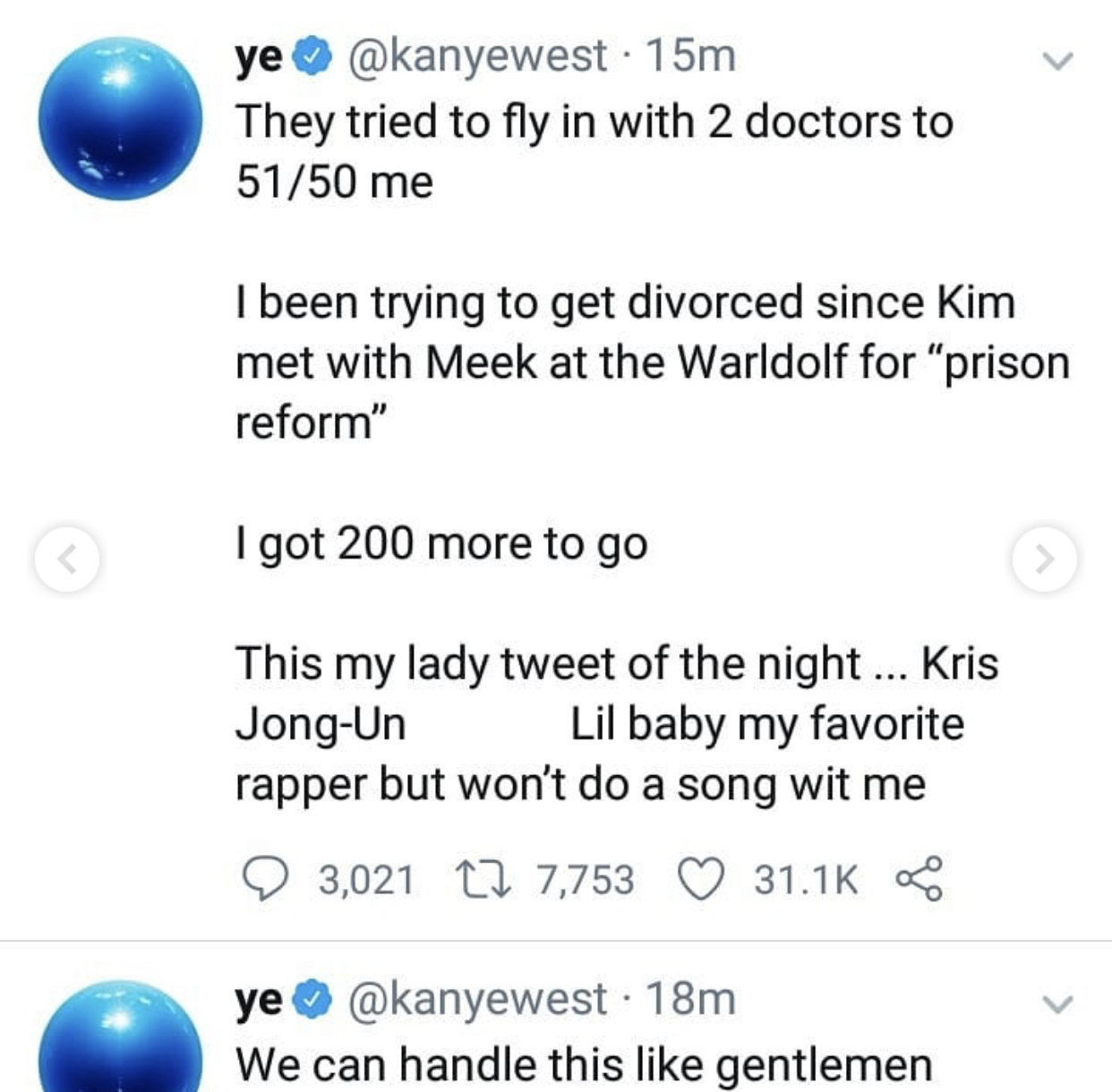 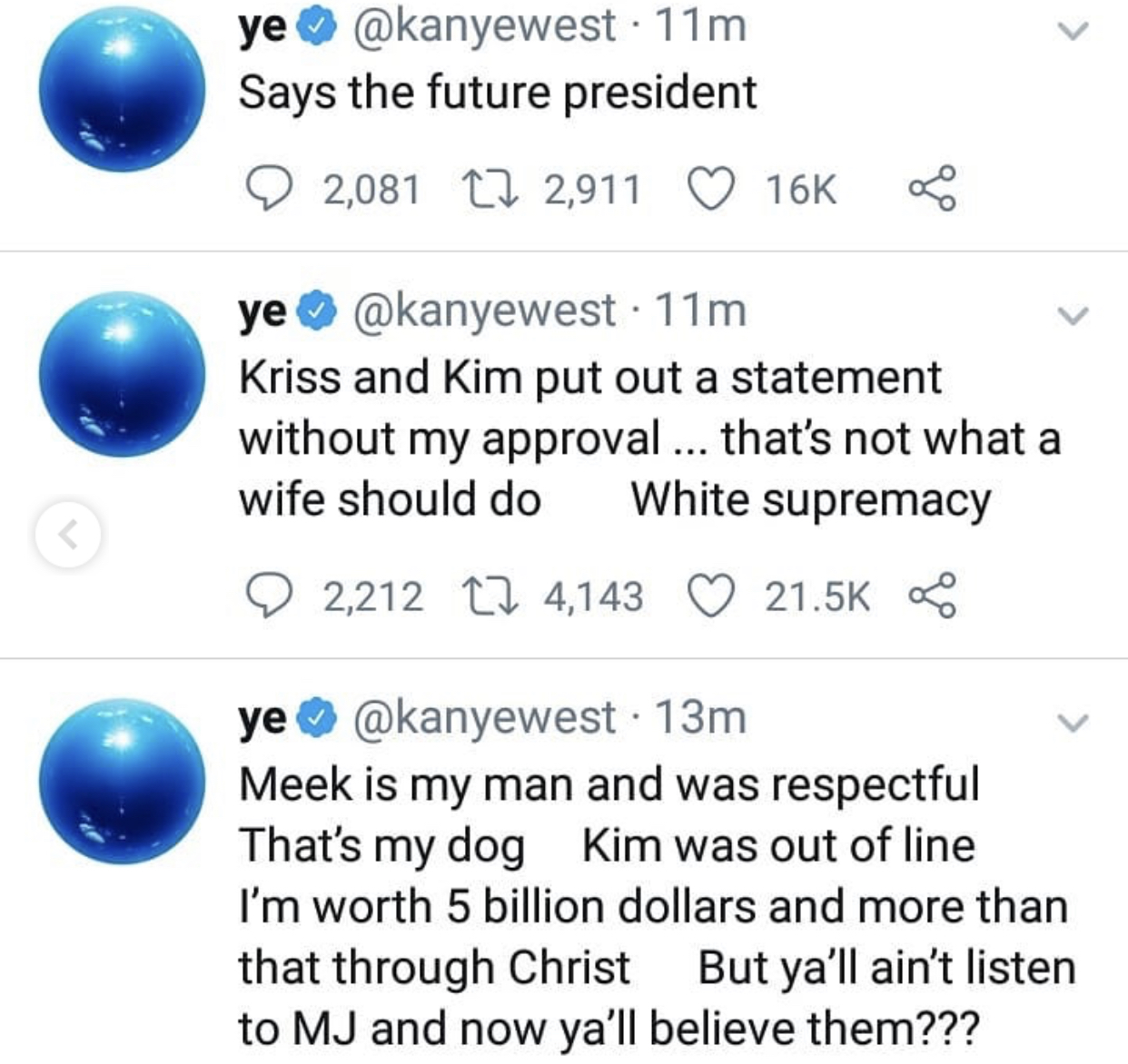