Home Entertainment Lagosians Fall Over Each Other While Trying To Pick Money Thrown By...
Facebook
Twitter
WhatsApp

A horde of men were recently seen falling over each other on the streets of Lagos trying to pick up the money thrown in the air by singer, Burna Boy.

The video capturing the moment the singer, who was driving by with his escorts and security guards, wound down his car glass and flung money at the crowd is trending on social media.

In the video, the crowd showered praises on the singer as chanted his name while picking the money.

The video elicited a plethora of web users’ reactions and some made fun of the absurdity while others tagged it as a show of shame. 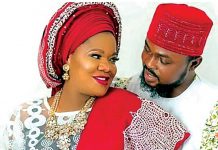