Before now, the NDDC was supervised by office of the Secretary the Government of the Federation, SGF but now being oversighted by the Ministry of Niger Delta Affairs, under Senator Godswill Akpabio, following recent directives by the presidency.

Prof Akin Abayomi, Lagos state Commissioner for Health, says COVID-19 cases in the state are likely to peak in the month of August.

The health commissioner said this on Thursday during an ongoing press briefing at the Bagaulto Kaltho Press Centre in Alausa.

The House of Representatives has asked the Economic and Financial Crimes Commission (EFCC) to recover funds allegedly stolen by officials and contractors of Niger Delta Development Commission (NDDC) from the purse of the commission.

The house made the resolution following the adoption of the report submitted by the Olubunmi Tunji-Ojo led committee on Niger Delta.

The House of Representatives on Thursday threatened to sue the Minister for Niger Delta Affairs, Godswill Akpabio, over his claim that major beneficiaries of contracts awarded by the Niger Delta Development Commission (NDDC) were given to members of the House.

While appearing before the House Committee on NDDC, Akpabio had made the claims. On Tuesday during plenary, the House challenged Akpabio to publish the names of the beneficiaries.

Nobody Is Above National Assembly Scrutiny – Lawan

The Senate president, Ahmed Lawan on Wednesday warned public office holders, especially appointees of the president to avoid needless confrontation with the national assembly committees, adding that nobody is above its scrutiny.

Lawan made this known during the plenary session while stressing that the constitution empowers the national assembly to summon anyone before its panel and committee.His remark followed recent happenings where head of government agencies were reported to have walked out on the national assembly panel during hearing.

The United Arab Emirates (UAE) has ordered Nigerians with expired visas to leave the country on or before August 17.

This development comes weeks after some Nigerians including Abass Ramon, popularly known as Hushpuppi, were arrested by the Dubai Police for fraud.

In a statement released late Wednesday, July 22, the Nigerian Embassy in Abu Dhabi, UAE, announced that the UAE government has given waivers on fines and penalties to Nigerian nationalities whose visas expired before March 1 and expect the affected Nigerians to leave the UAE on or before August 17. 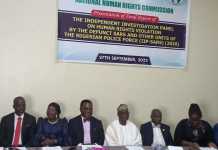 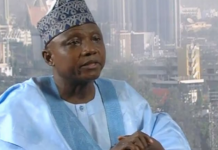