Twitter users have expressed their annoyance at BBNaija housemates, Eric and Lilo, who were seen making out in bed on Friday.

The pair, who having spending most of their time together, have come under fire as most BBNaija viewers have opined that they do not have any business being on the reality TV show.

Web users have also stated that they do not give the show content or interact with other housemates as they are always making out under the duvet.

See video and reactions below:

This Lilo and Eric are on doctors prescriptions…. Kiss 3x daily…. Nobody fit settle this matter again! #bbnaijalockdown2020 #bbnaija2020lockdown pic.twitter.com/0GCWECXiCz 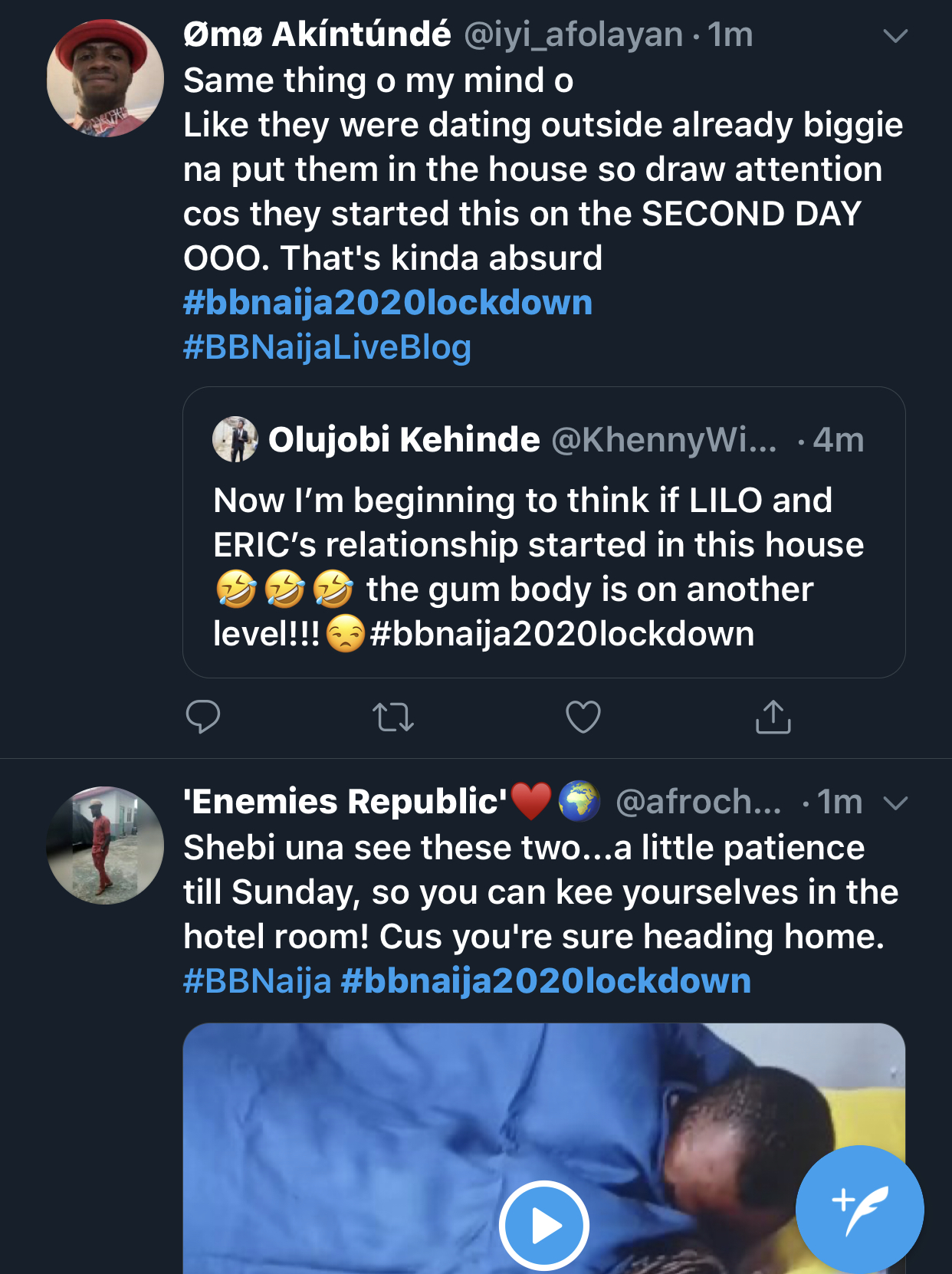 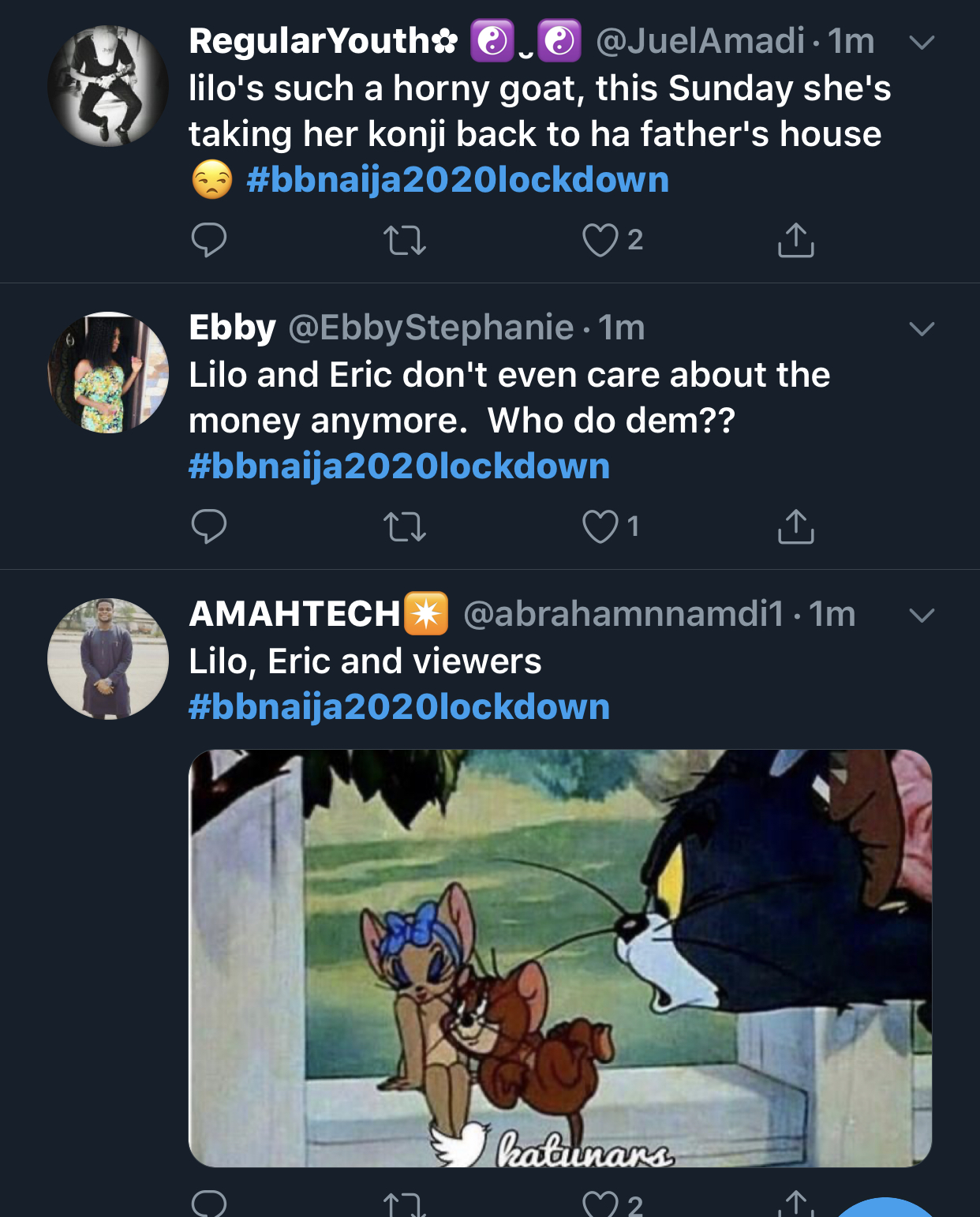 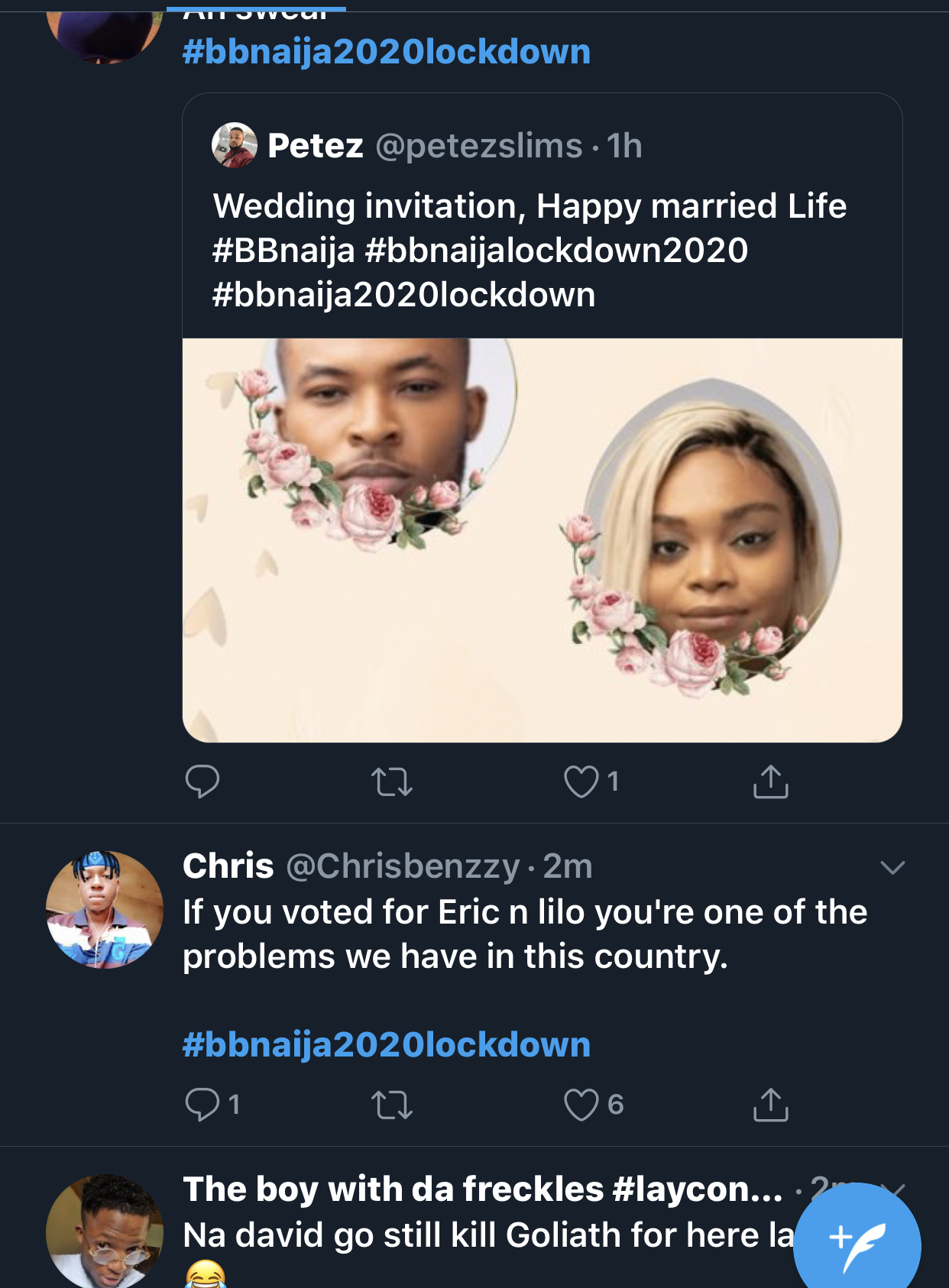