Maureen Ezissi has taken out time to address every single rumor regarding her broken marriage to actor, Blossom Chukwujekwu.

This comes after she recalled her initial reaction upon receiving the news that her marriage was over as she marked her one year anniversary of being separated.

The entrepreneur mentioned that she wasn’t perfect but she was the actor’s best.

Taking to Instagram, Ezissi cleared the misconceptions published about her regarding her failed marriage to the actor.

The fashion designer started off by stating that she didn’t chase the actor because of fame as they were friends before they even began dating.

The brand influencer also dismissed claims that she couldn’t conceive as she revealed that it was the actor’s decision not to have children.

Mama Red, as she is fondly called, also mentioned that she didn’t cheat on the actor and she also denied reports that she snatched Blossom from another woman.

The fashion designer mentioned that Chukwujekwu never raised a finger on her and she is not aware if he was having an affair outside their marriage. 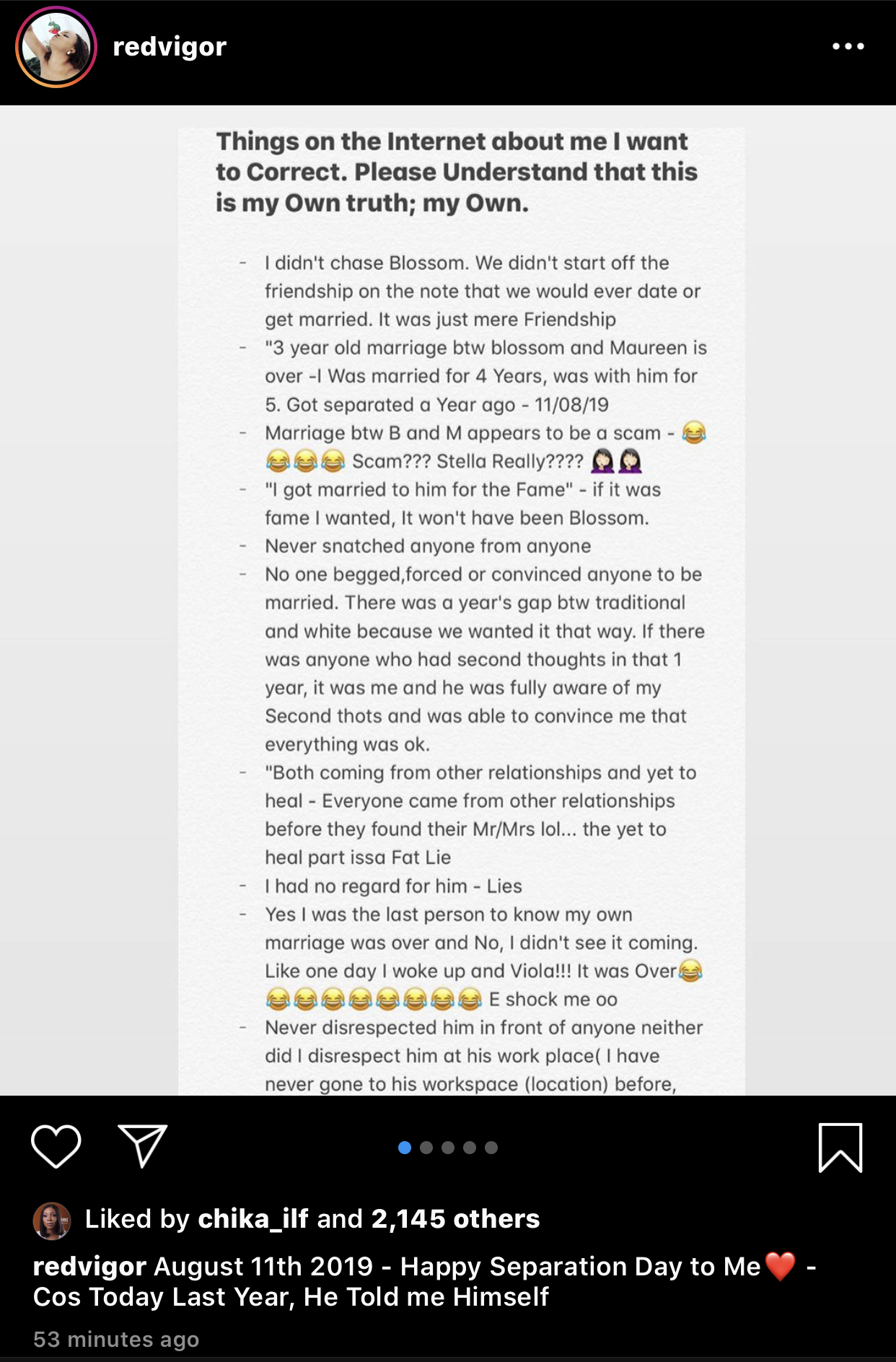 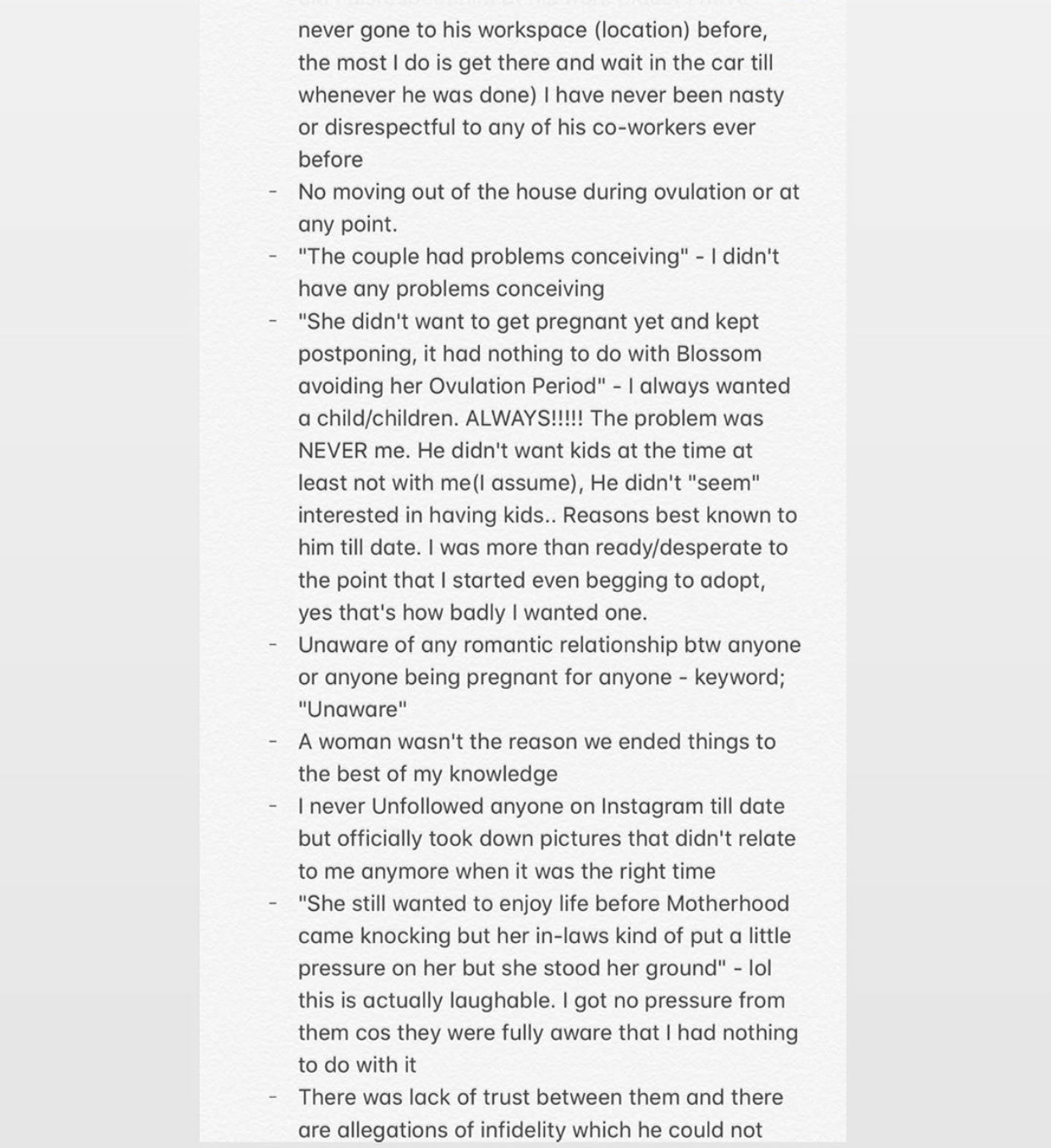 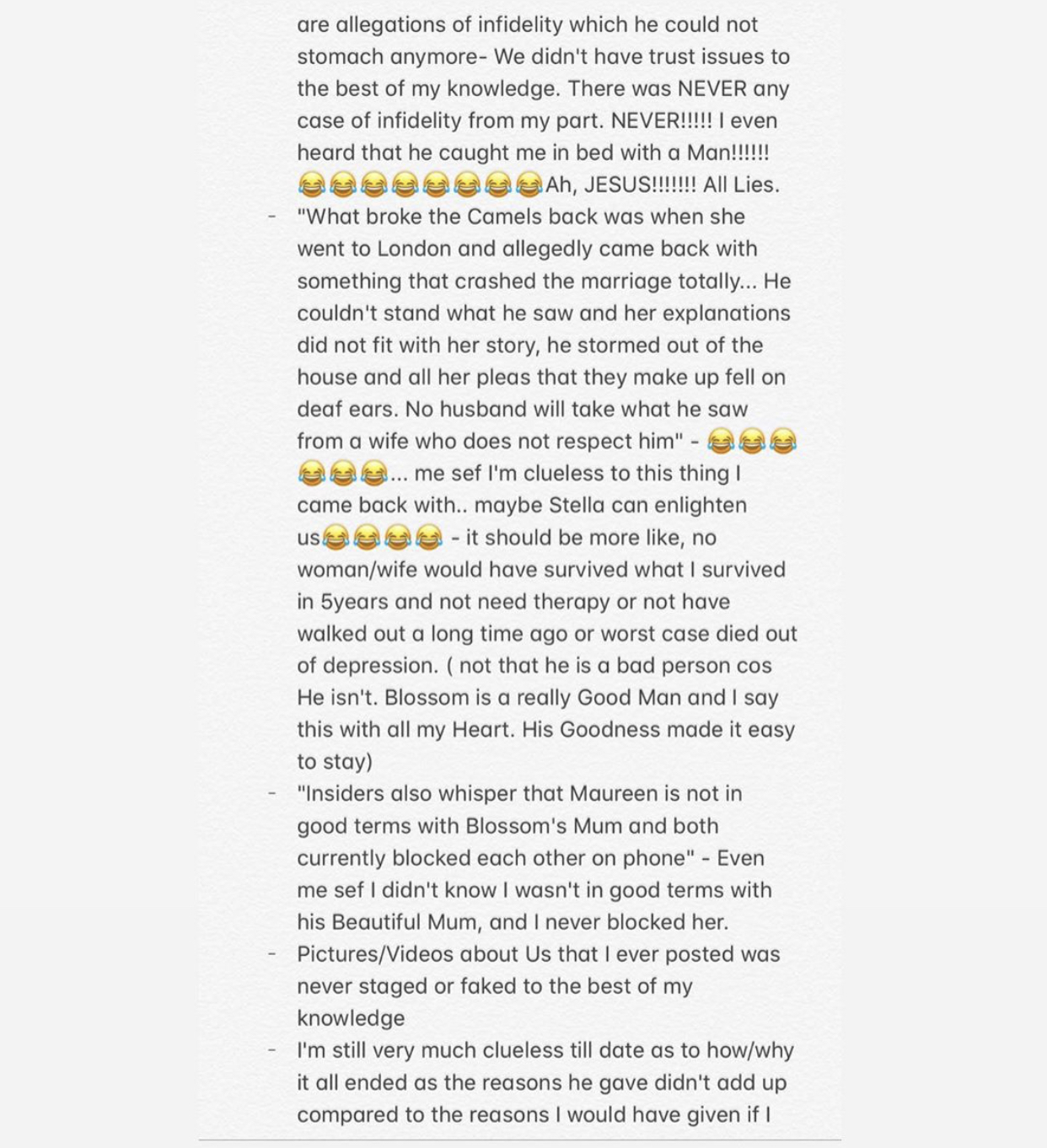 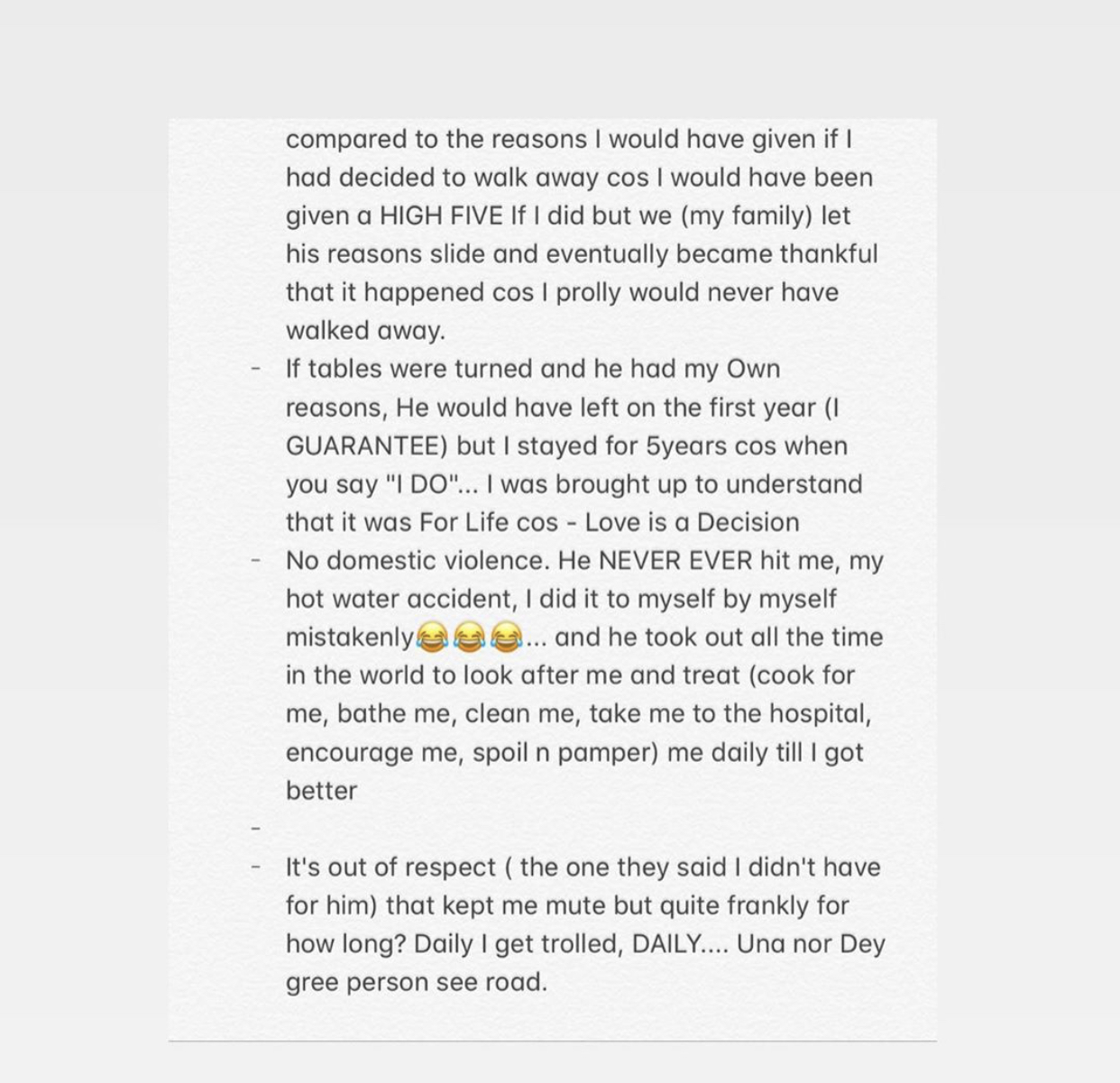 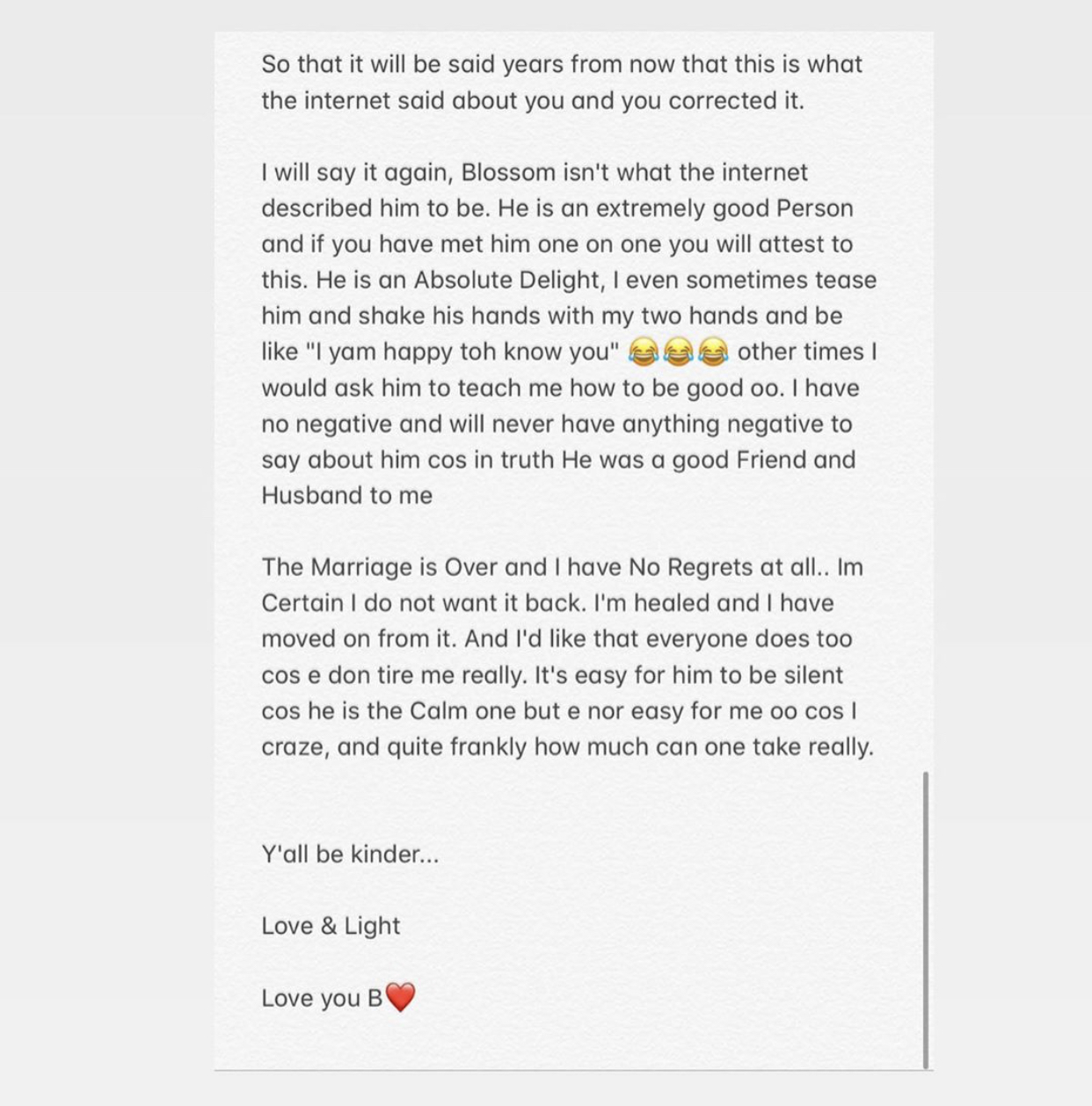