American entertainer, Will Smith, is trending on Twitter because today is the first day in August.

Information Nigeria recalls that Will and Jada dominated Twitter Trends in the middle of July. His wife, Jada admitted to having an affair with August Alsina on her show.

She called it an ‘entanglement’. However, Will corrected her, insisting it was a relationship and not an entanglement.

The word ‘entanglement’ also became popular after the Hollywood couple had the episode.

Nigerian men on Twitter seem to want revenge for Will Smith. 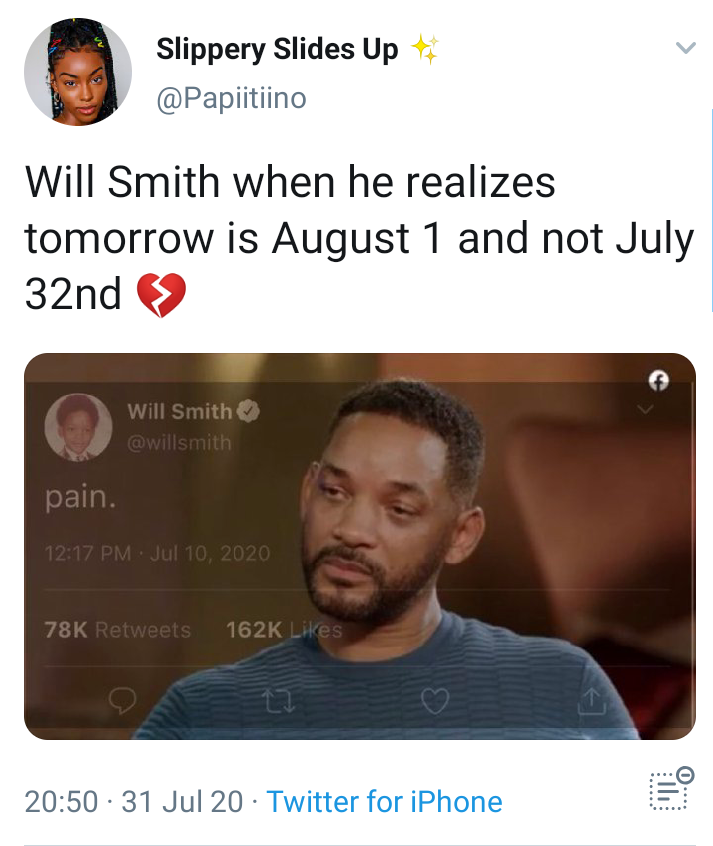 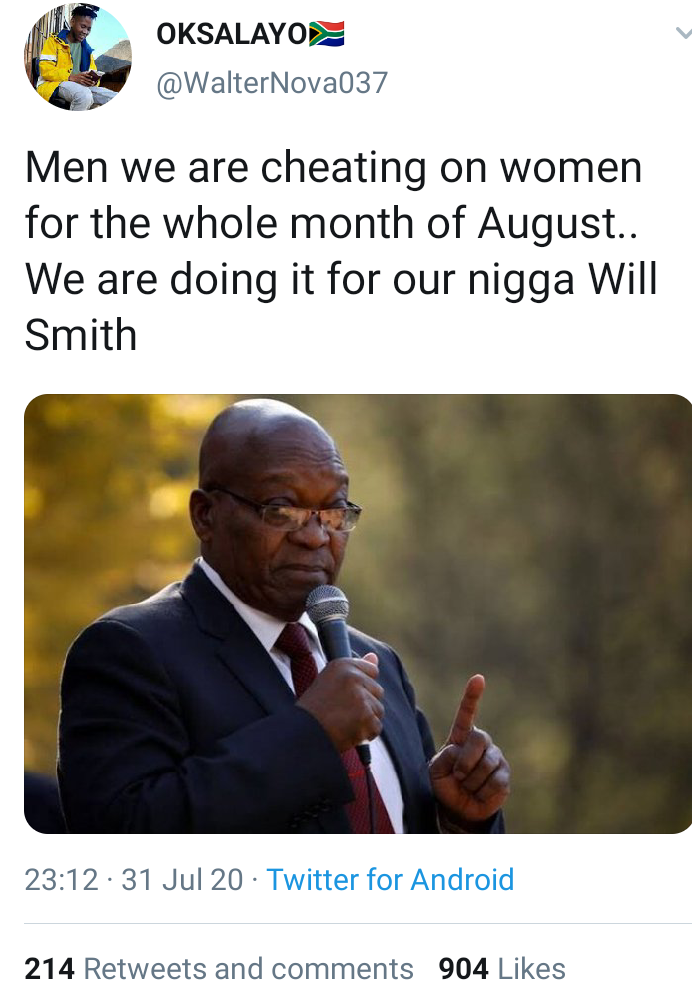