Nigerian musician, Olawale Oloforo, professionally known as Brymo, has on Monday disclosed his view on what makes a great artist.

Brymo’s professional musical career began in 2007 when he released his debut studio album ‘Brymstone’. Although the singer did not get recognized immediately after releasing the album, the album helped him lay a foundation for his career in the Nigerian music industry.

Brymo became popular after he delivered his vocals for the hook of Ice Prince’s hit single ‘Oleku’. Thereafter, he received an offer to join Chocolate City. Brymo got signed to Chocolate City officially in 2010. 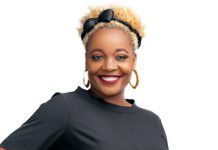