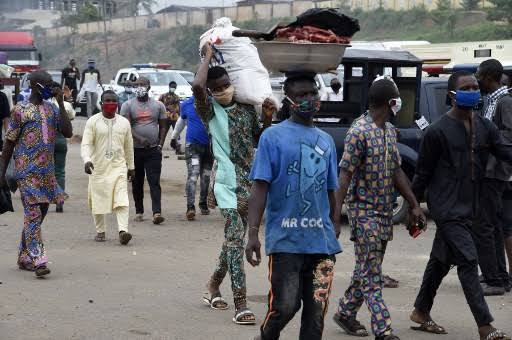 The easing of the coronavirus-induced lockdown brought about a sense of relief and excitement for most of the citizens of Nigeria.

People had hoped that life would go back to being normal but it seems that there is no guarantee that it would ever be possible.

In an exclusive chat with Information Nigeria, some residents of Lagos state opened up about the effect of the lockdown on their lives and businesses as well as how they adapting to life post lockdown.

The Genesis of the lockdown

There has been a significant increase in the number of confirmed cases over the past few months. According to the Nigeria Centre for Disease Control, there are now 50,488 confirmed cases and 985 deaths, at the time of this publication.

The first case of the novel coronavirus was recorded on February 25. The index case was an Italian man, who had arrived into Lagos from Milan on a Turkish Airlines flight and he was said to have traveled to Ogun state where he spent two days before he was eventually isolated.

The lockdown was imposed on 30th of March in Lagos, Ogun and Abuja.

President Muhammadu Buhari ordered the cessation of movements in these three major cities for an initial period of 14 days so as to contain the spread of the deadly disease.

Businesses, schools and churches were shut down.

Markets were only allowed to operate for a few hours.

Days into the lockdown, some Lagos residents had begun complaining about lack of food and lack of electricity.

The government came up with solutions to cushion the effect of the lockdown which was subsequently extended for two weeks.

Albeit, it was partially put on hold, some businesses commenced operations from May 4. During this period, many people had already been laid-off from their jobs due to the fact that companies were shut down and were not allowed to operate. There was also an alarming rise in armed robberies and gang warfare cases in communities.

On April 27, Buhari declared an overnight curfew from 8 pm to 6 am across the country. In June, the federal government extended the second phase of the eased lockdown by 4 weeks and lifted the ban on interstate travels. However, it could only be done outside curfew hours with effect from July 1, 2020.

The burning question; How are people adapting to life post lockdown?

“Although I accepted that this is going to be the new norm, I still find it difficult to adjust to virtual environments. Learning virtually is not as easy as you might think.“

A 300 level student of Bowen University, who pleaded anonymity, revealed he sent back home during the lockdown and he is still trying to adapt to the virtual learning environment.

The lockdown caused a shift in people’s lives and daily activities.

“I’m still to trying to grasp the concept but I’m trying and I’m not so sure I’m adapting now but ask me in a few more weeks and I might have an answer.”

Many have also gone ahead of accepting that the coronavirus is not going anywhere and it still remains in our midst. People have been forced to make some changes to their social habits.

“I’m in the medical field and I can’t stress enough the importance to wear mask and follow CDC regulations. This is not going away any time soon,” she said.

Companies and organizations have security personnel stationed at the entrance to administer temperature checks and hand sanitizers before people can gain entry into the premises.

“We are to only allow people with face mask to enter.” a tall dark security agent named Musa told Information Nigeria.

“Nothing has changed about my life, the slight difference that I can no longer go out to eat at eateries because they now do takeaways. I’m also getting used to having nose masks and remembering to use hand sanitizers frequently. Also, I no longer go for CDS“

Mr Matthew, a secretary, disclosed the new ‘norm’ in his place of work.

”In the canteen, we are to sit apart from each other and anyone without face-mask won’t be allowed into the office premises. We are also to wash our hands when we get to work”

Read Also: With Thousands of Cases Recorded, Some Nigerians Still Believe Coronavirus Does Not Exist (Video)

Abidakun Opeyemi Augustina, a female resident of Lagos state, revealed she has discontinued the use of her face mask.

”I never took all those serious. I wear mask to avoid police drama and other embarrassments. I moved on since”

Speaking on how he survives post lockdown, Mr Alao said he relies on the money gotten from the N-Power Forum.

“It’s been God, I am N-power dependent, I didn’t know the government will disappoint us even after using us to win 2019 presidential election,” he said.

A dark-skinned lady, who identified herself as Deborah Ayodele, lamented about an increase in the cost of transportation.

“I am a government worker and I was asked to resume after the lockdown.
I earn 32k every month and by the time some deductions are made I am left with about 17k.

The cost of transportation and feeding before the lockdown was approximately 1k per day.

I always board the BRT buses from Ketu to Fadeyi at the sum of 100naira but the fare was increased to 300naira.

You can imagine me using that 17k for the whole month. Work has also been dull lately because only a few people come to work.

“Life after lockdown has been tedious as well as interesting, Tedious in the sense that I have to battle with waking up early and the traffic involved, hence interesting because I have to see faces after so long even though I have been working from home.”

At the end of the day, people are still trying to recover from the lockdown but it won’t be an easy task especially with the social distancing measures. 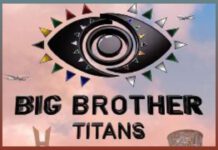