Nollywood actress, Omoni Oboli, has declared herself the opposite of the popular ‘man of war’ slogan. She says she is ‘love’ as opposed to being a ‘war’ or a ‘fight’.

Taking to Instagram, she shares a stunning photo of herself with a lengthy caption. Part of her post reads:

“I’m not a fight… I’m not a war…. I AM LOVE I don’t care what anyone says, I’m loving my way through life. I genuinely love people and even when they hurt me, I might give some space but I never stop loving them. And if I hurt you, I apologize from my heart. Listen, be nice to people. It doesn’t cost you anything and if you have nothing nice to say, say nothing!” 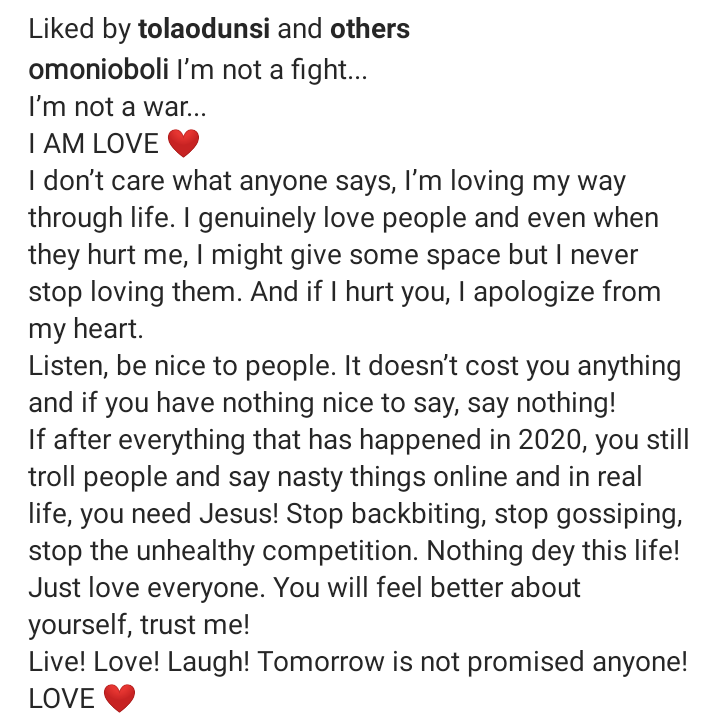