Popular media personality, Toke Makinwa has revealed that the police are investigating the AMCON saga and are looking for the twitter user that started the rumor.

Information Nigeria recalls social media was agog in the penultimate week over the false news that operatives of the Asset Management Corporation of Nigeria, AMCON repossessed Makinwa’s “Banana Island” property.

The media personality’s management released a statement in which the claims were refuted.

The management disclosed that the Ikoyi home belongs solely to her and legal actions will be taken on the originators of the false claim.

On Monday, the media personality gave an update stating that she has reported the matter to the police and an investigation has begun.

The entrepreneur revealed she normally ignores false stories but she felt the need to take up the matter on ground because people have formed a perception about her and her legacy is important to her.

The media personality blasted the journalists and blogs that also reported the stories without verifying and retracted them after finding out the truth. 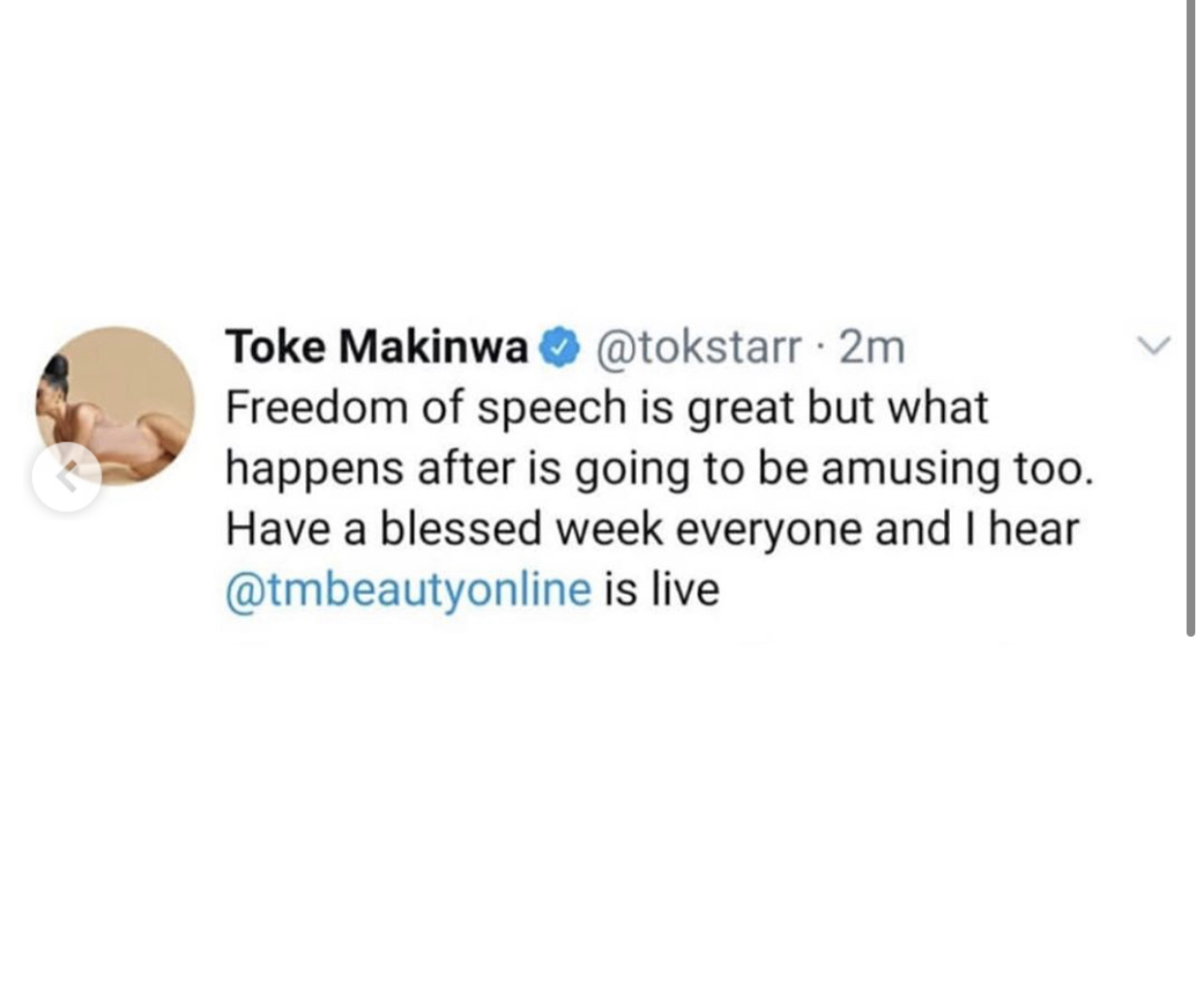