Nigerian actress, Lilian Afegbai has reacted after she learnt that she has been unfollowed by a certain Brother Naija ex-housemate on Instagram.

The actress, who was the first Nigeria representative at the Big Brother Africa House, took to her Twitter account to voice out her frustration.

Afegbai blasted the unidentified female ex-housemate whom she claimed she supported during her time on the highly-coveted reality TV show.

The curvy film star, who has since deleted the tweet, also dished out a word of advise to the person.

Moments later, the actress cleared the air after many assumed she was referring to disqualified BBNaija housemate, Erica.

Read Also: Tacha Breaks Down In Tears While Celebrating Her Disqualification Anniversary (Video) 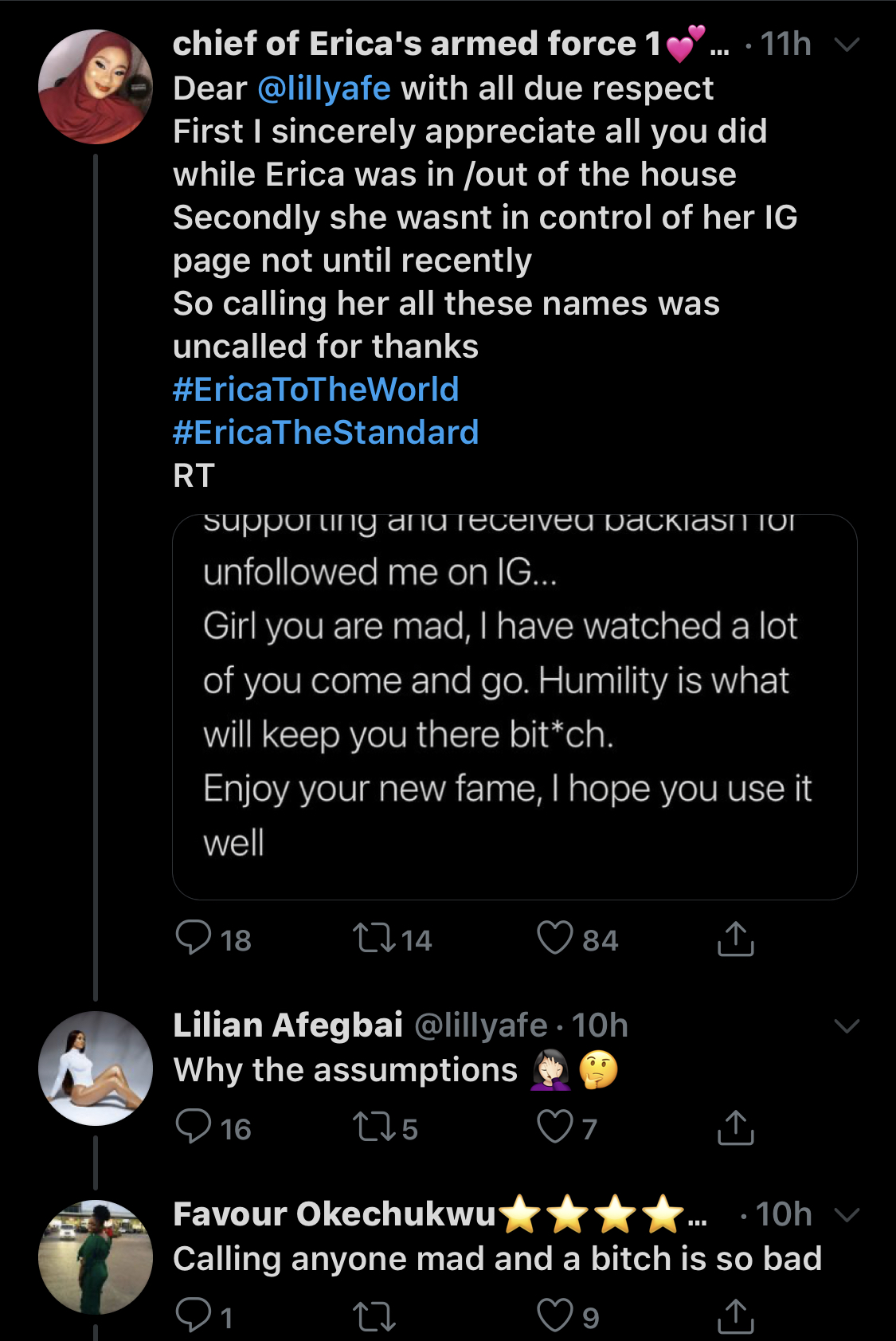