BBNaija housemate, Kiddwaya is among the four housemates which include, Prince, Ozo, and Dorathy who are up for eviction this week. 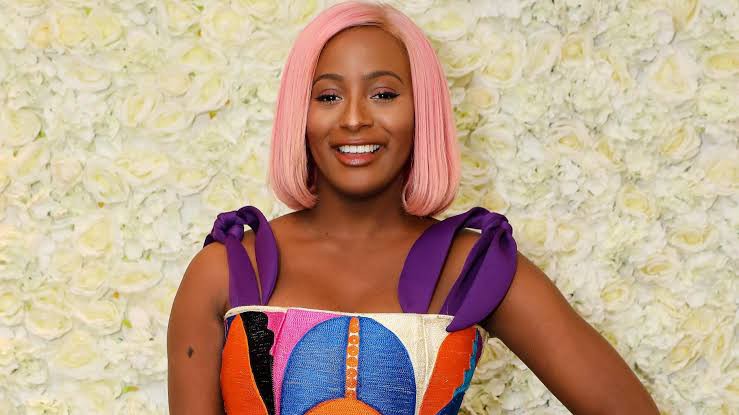 In a bid to save her friend from being evicted from the show, Nigerian artiste, Ifeoluwa Otedola DJ Cuppy took to her Twitter handle to get her fans to vote for kIddwaya. 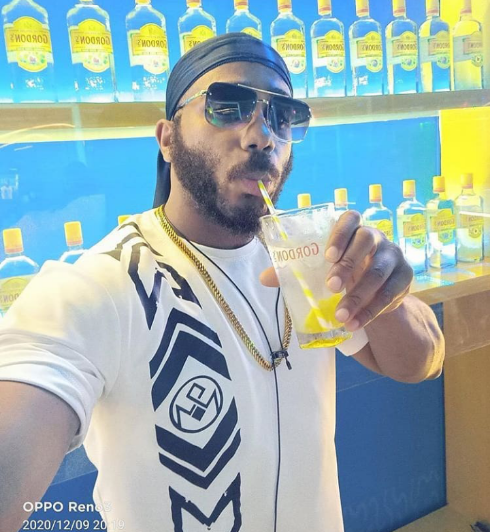 The responses from some of her fans were different. Some stated that they wouldn’t vote Kiddwaya because she never promoted Erica while she was in the house. Others insisted she sends them money for them to vote for Kidd. 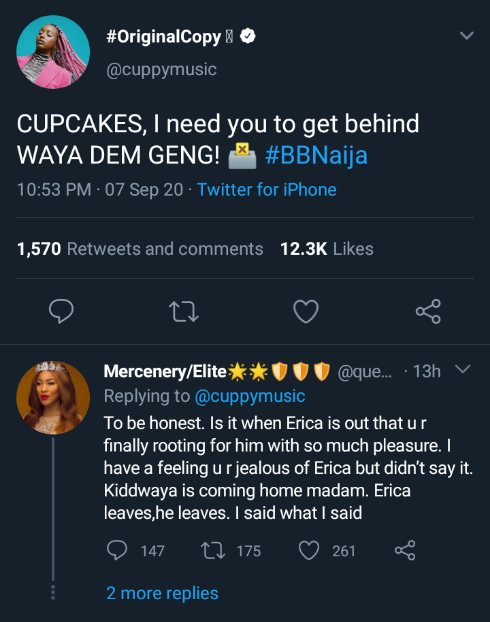 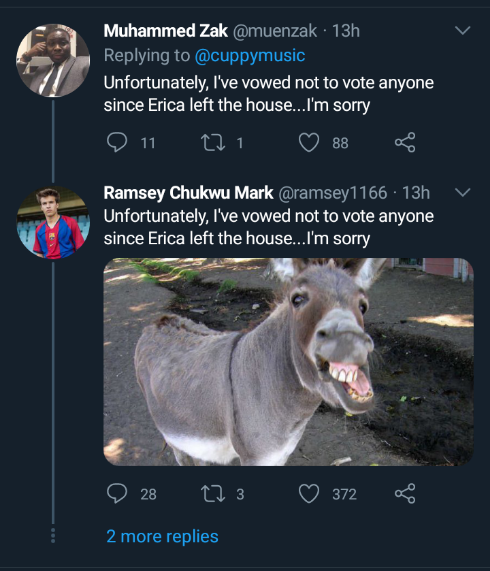 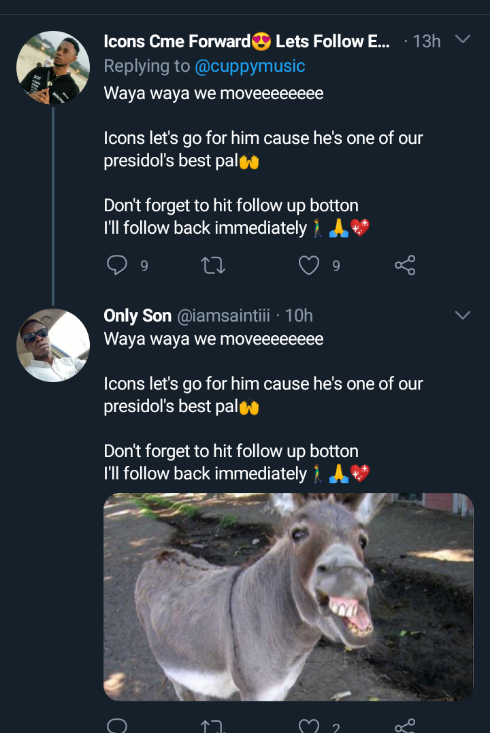 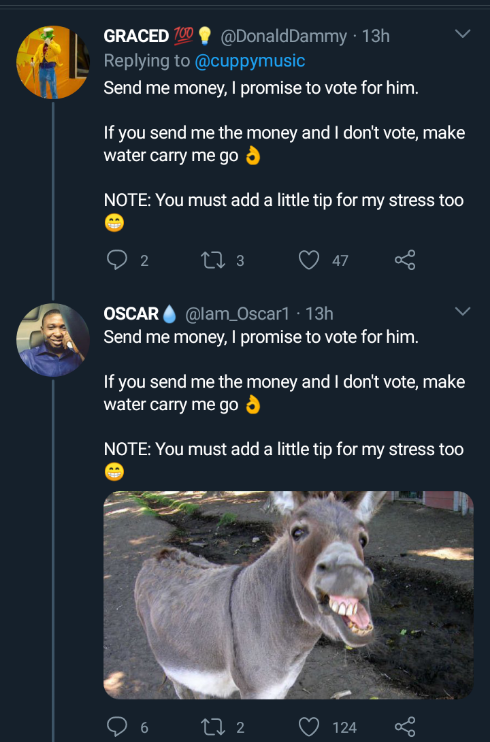 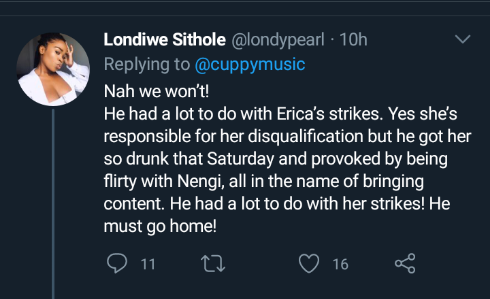 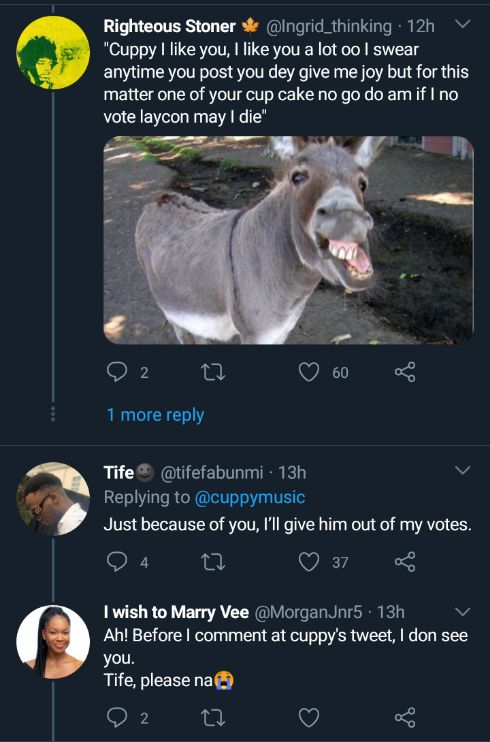