Olamilekan “Laycon” Agbeleshe, one of the BBNaija Lockdown contestants currently gaining traction in the BBNaija fanbase is one person making Biggie’s house interesting.

The dreadlocked rapper has often been abused and mocked by trolls and even his own housemates for his looks. He has finally revealed why people find his personality repulsive (perhaps a harsh word here) during a discussion on blood group in the BBNaija house last night.

In his sad voice, he revealed that he’s a sickle cell by disclosing his genotype is SC.

He said this is the more reason why he wears a hoodie all the time plus socks to probably sustain his life as he’s more prone to death given his condition.

His revelation has stunned viewers as some have prayed that he should win the competition to compensate for the challenges he’s going through right now.

He had this conversation with Dorathy as captured below; 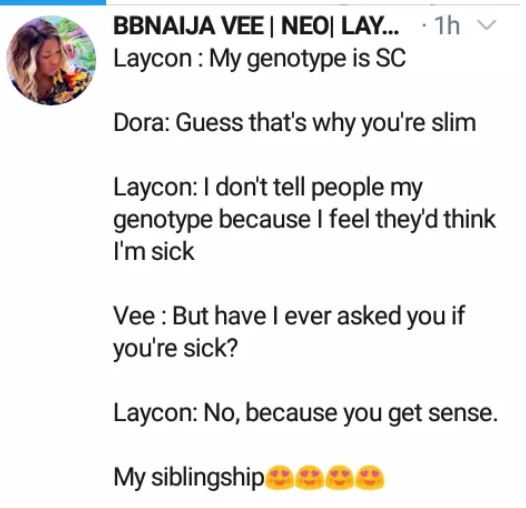 See reactions from fans below; 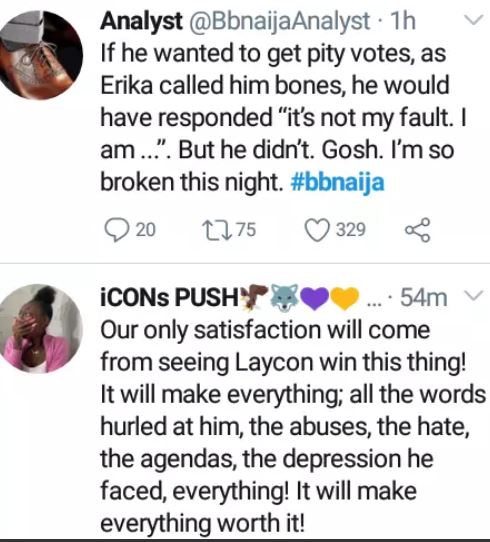 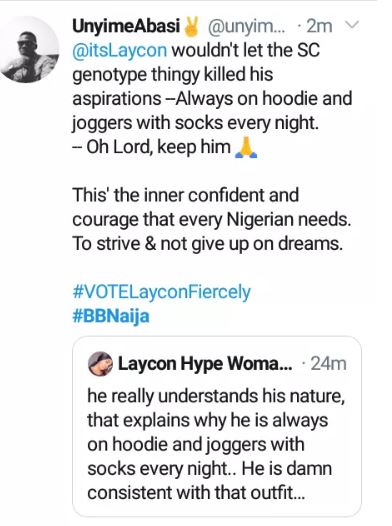 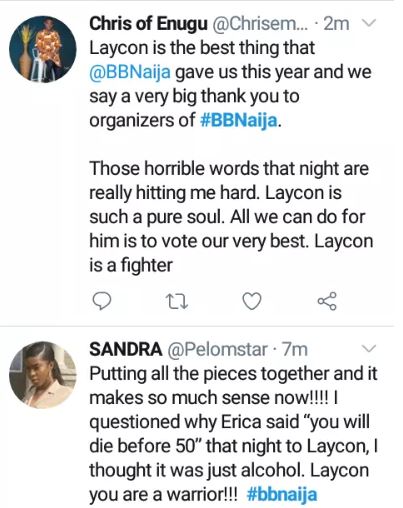 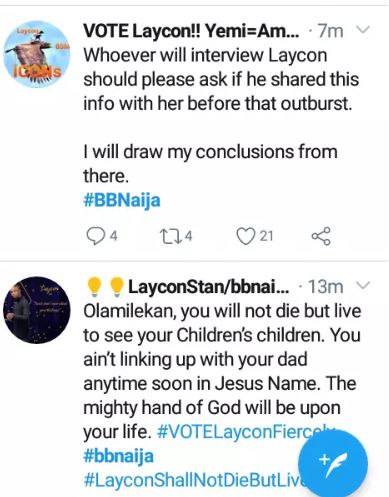 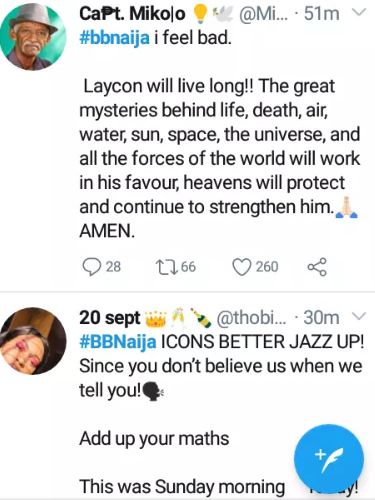