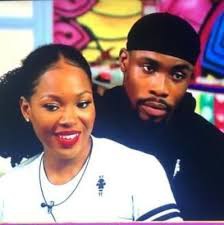 Nigerian Twitter users have reacted to the video of BBNaija ‘Lockdown’ housemate, Neo washing the pants of his love interest, Vee.

Information Nigeria earlier reported that Neo was captured on camera washing Vee’s pants as she tells him that one pant is missing. Nengi who was also present at the scene commented that Vee is a lucky girl to have a man who washes her pants.

While some users think that there is nothing wrong with Neo’s action, others think that it is wrong of him to do that for a woman he met just three months ago.

Read Also: BBNaija: DJ Neptune Celebrates Neo And Vee As They Make It To Finals

A user with the handle @iamvickyjay tweeted:

“This is wrong in all ramifications. Why tf would she stand there and watch me do her laundry?? It is totally unacceptable, this can only be done under few circumstances.. 1-if we are a married couple and Secondly, if my wife is extremely busy with something pretty serious”