Former BBNaija housemate, Nina Ivy has set the record straight as she has stated that she doesn’t dislike disqualified housemate, Erica.

Nina had taken to Twitter to defend Ozo after he was issued a second strike over infringement of House rules.

The reality TV star stated that Ozo should have been given a warning instead of a strike.

Reacting to the tweet, a web user called out the reality TV star for not supporting Erica during her stay in the House.

“What goes around comes around…. Didn’t see your post when #StarGirlErica got a strike for whispering and stay on the HOH bed. It is what it is *in tochi’s voice*”

Nina, however, mentioned that she has no reason to dislike Erica but she wonders why people assume otherwise.

“Why do you guys think I dislike Erica ?
Why would I dislike her….
There is absolutely no reason to dislike the girl,” the first time mum tweeted.

Another web user told her to stand by her words and say the truth.

The reality TV star responded saying that she just doesn’t support the actions taken by Erica and it doesn’t mean that she dislikes her.

“What will changing and not changing mouth do for me exactly? Is it gonna add or remove money from my money bag , I needed to set you all straight , that I didn’t support her actions doesn’t mean I dislike her …. nop I don’t”

Read Also: BBNaija: Ozo Gets Another Strike For Writing Love Notes To Nengi 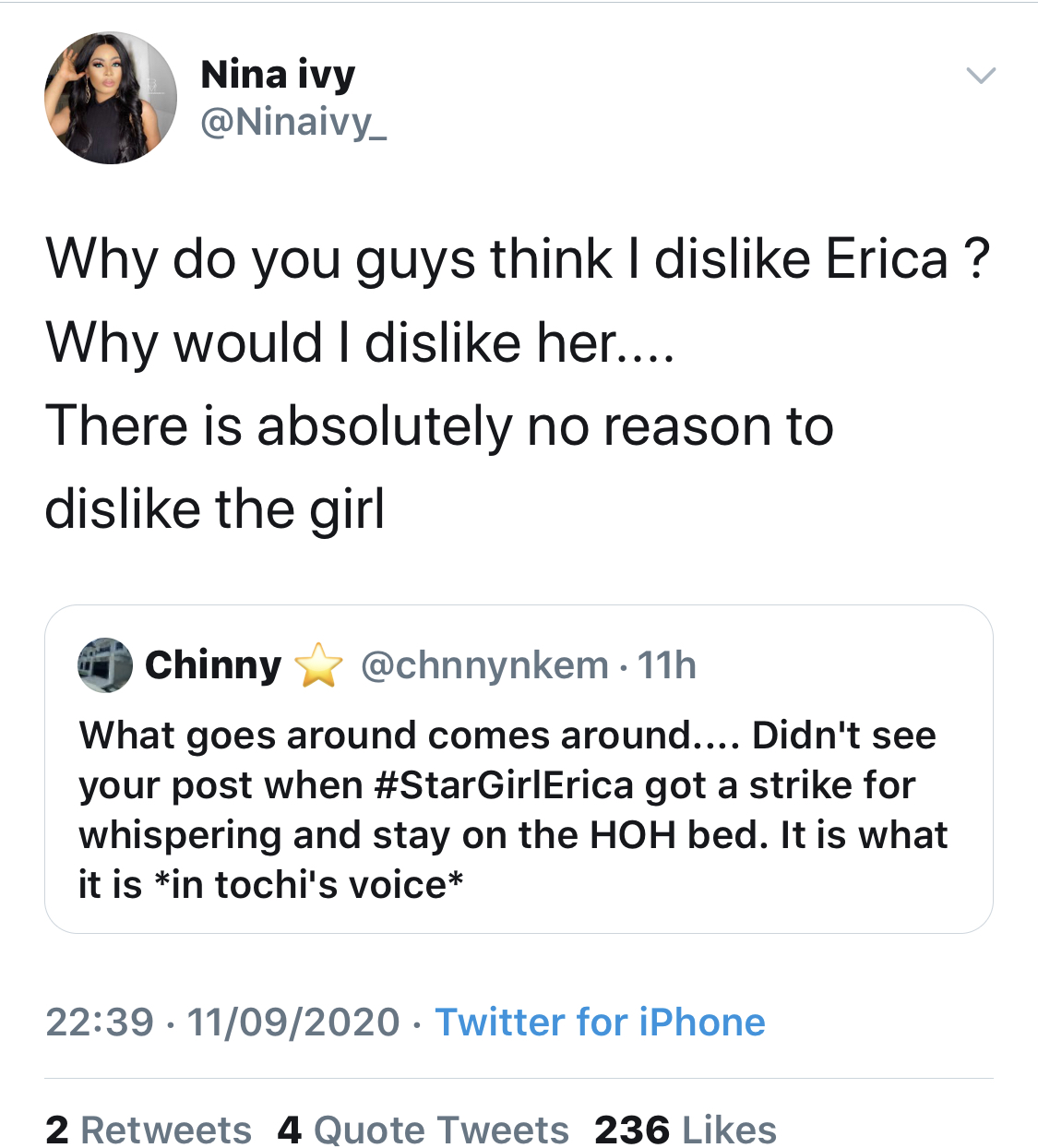 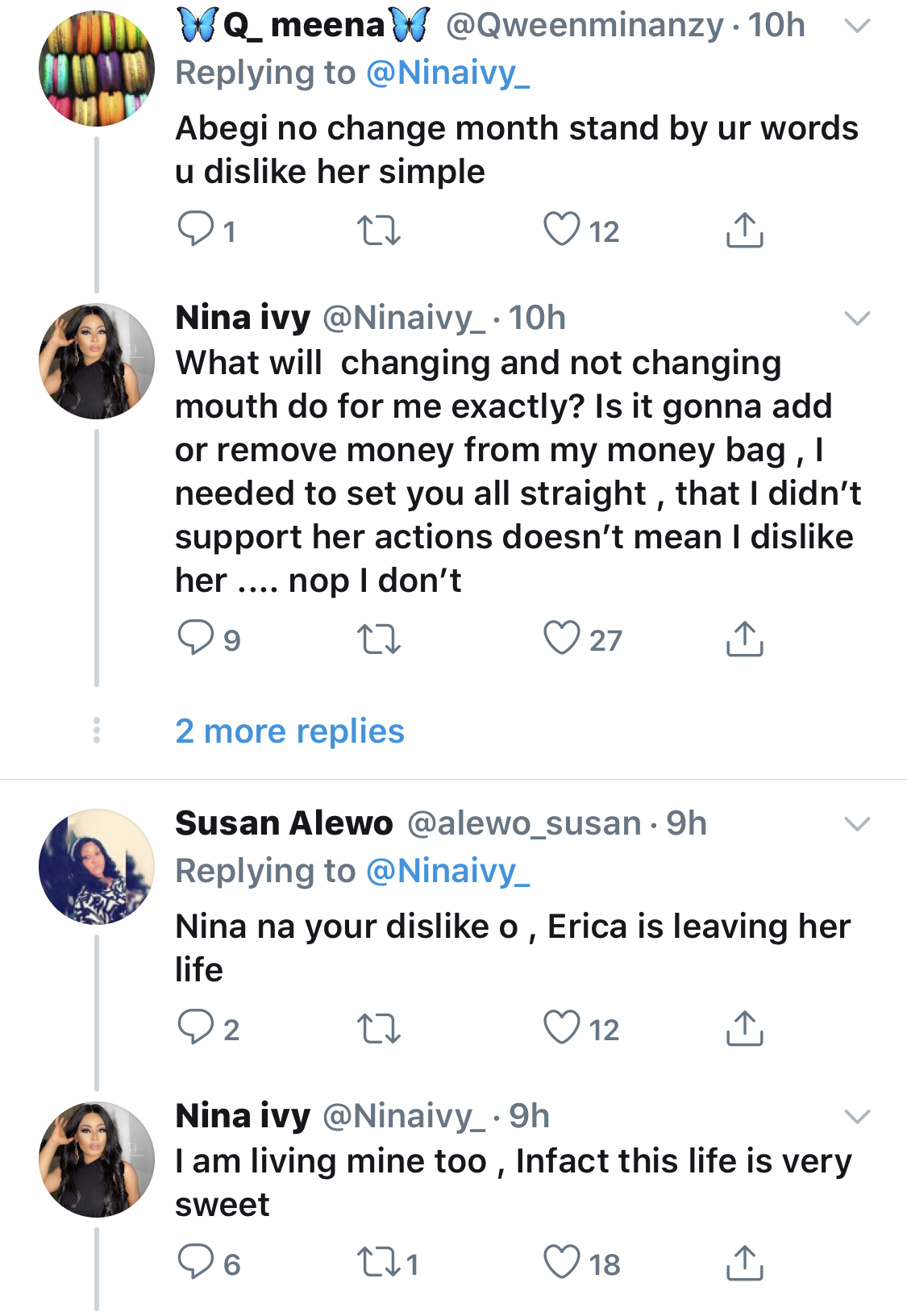