Nollywood filmmaker, Kemi Adetiba, has stated what she does whenever she sees abusive tweets or comments under other people’s posts.

She took to her official Twitter page to disclose thus:

“I sometimes block people for unnecessarily nasty, vulgar or blinded comments they leave under other people’s tweets or posts.”

Concurring with her, popular OAP Gbemi Olateru-Olagbegi retweeted and wrote:

Kemi Adetiba is currently shooting the second part of her 2018 blockbuster movie, ‘King Of Boys’.

She has been sharing several video clips from her production set on her Instagram page. Another actress who starred in ‘King Of Boys I’, Toni Tones, also agreed with her by retweeting:

“This is my favourite past time” 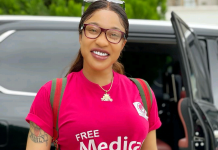 You Don’t Have To Leave Nigeria To Succeed – Tonto Dikeh 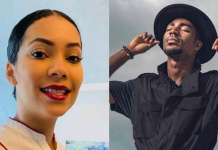 BBNaija Shine Ya Eye: Maria Accuses Yerin Of Peeping To See Her Naked In The Bathroom