Governor of Oyo State, Seyi Makinde has approved the conversion of some isolation centres in the state into primary health care centres.

This was made known in a statement by Taiwo Adisa, chief press secretary to the governor on Thursday evening.

He stated that the decision was reached after a meeting of the state task force on COVID-19.

“The decision by the governor Makinde-led task force to abolish the curfew was premised on the need to reduce the burden on business owners in the state who have been affected by the curfew, especially since the COVID-19 situation has begun to improve in the state,” the statement said.

“According to the task force, though it appeared that COVID-19 cases are coming down in the state, the confidence interval could not be determined yet.”

He also revealed that the taskforce had approved the conversion of all other isolation centres in the state to a level 3 Primary Health Care Centre (PHC) except the Infectious Disease Centre, Olodo, Ibadan. 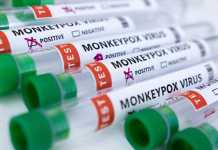