American superstar singer, Rihanna, has been nominated by her fans to become the independent queen of Barbados. This is being done on Twitter, and it is owing to the publicized desire of the Caribbean Island to become an independent republic in 2021.

Rihanna, whose real name is Robyn Rihanna Fenty, is a native of Barbados, having been born and raised there.

The Caribbean Island’s government had on Tuesday announced their plan to ‘fully leave’ their ‘colonial past behind’. Should this happen, it then means that Queen Elizabeth II would cease to be their head of state.

“I feel like Rihanna will become Prime Minister of Barbados before dropping that album“, another fan tweeted. 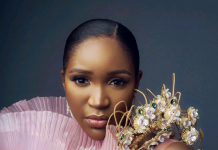 Normalize Respecting Women Who Go After Their Dreams – Idia Aisien 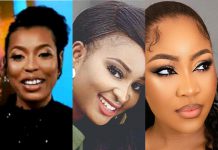 BBNaija Shine Ya Eye: Actress Etinosa Idemudia Under Fire For Saying Nini Reminds Her Of Erica