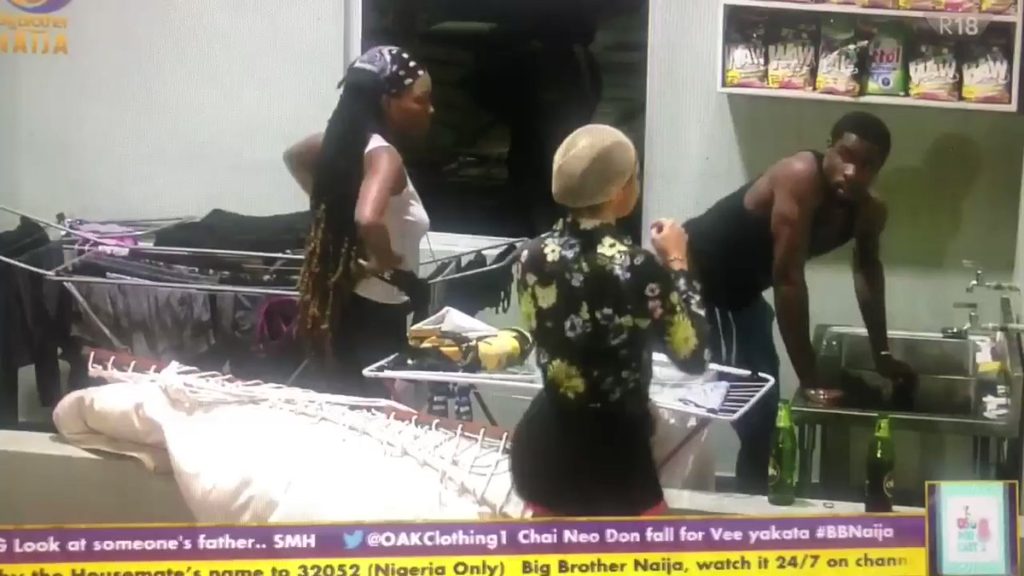 A Nigerian life coach, Solomon Buchi has taken to Twitter to give his two cents on the discovery that Big Brother Naija housemate, Neo washed his love interest, Vee’s panties. 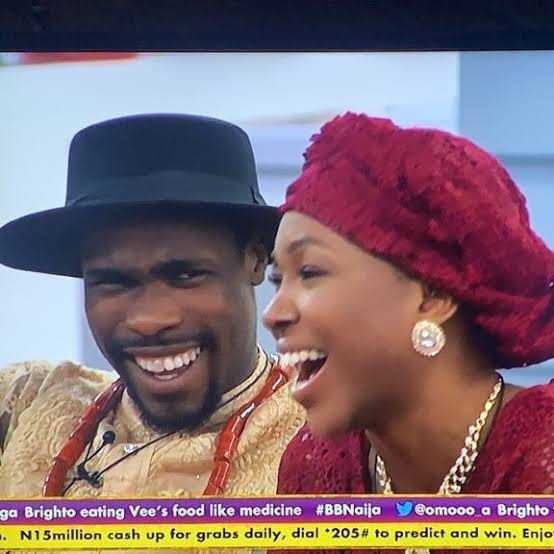 It was earlier reported that the BBNaija: Lockdown finalist, in a bid to make his love interest happy, took over the washing of her undies while she spread them after he had rinsed them.

As they were discussing during the domestic chore, Vee called Neo’s attention to the fact that one of her panties was missing and this made viewers realize that the action of gentleman — it then caused a frenzy on social media as users trolled him for washing a lady’s undies. 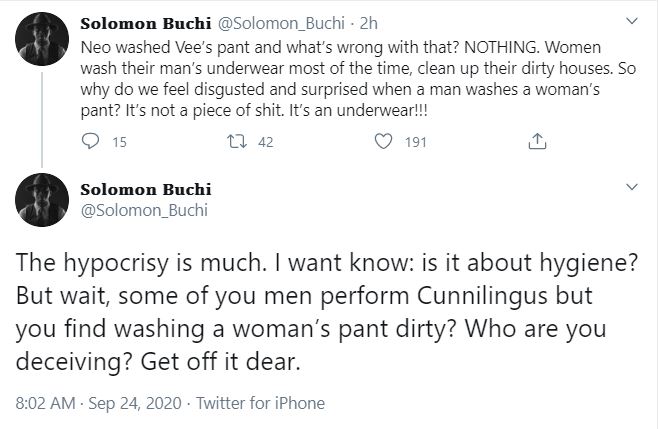