Nigerian actor, Timini Egbuson‘s alleged side chic, Toju has taken to Twitter to mock his girlfriend, Lydia for threatening to sue her.

Information Nigeria recalls the actor got embroiled in a cheating scandal after his alleged side chic dragged his girlfriend on the micro-blogging site.

It appears the drama is not over as Toju shared a screenshot of private messages she allegedly received from Lydia.

Toju has now claimed that the actor’s girlfriend has threatened to take up legal action.

In the screenshot of the chats, the sender with username ‘Lydia’ told Toju that her lawyers will be reaching out to her and she will make sure she ends up in Kirikiri prison.

Toju, however, mocked Lydia and she referred to her legal representatives as “tattered lawyers”.

It didn’t end there as she also told Lydia to take her “L” and leave her alone. 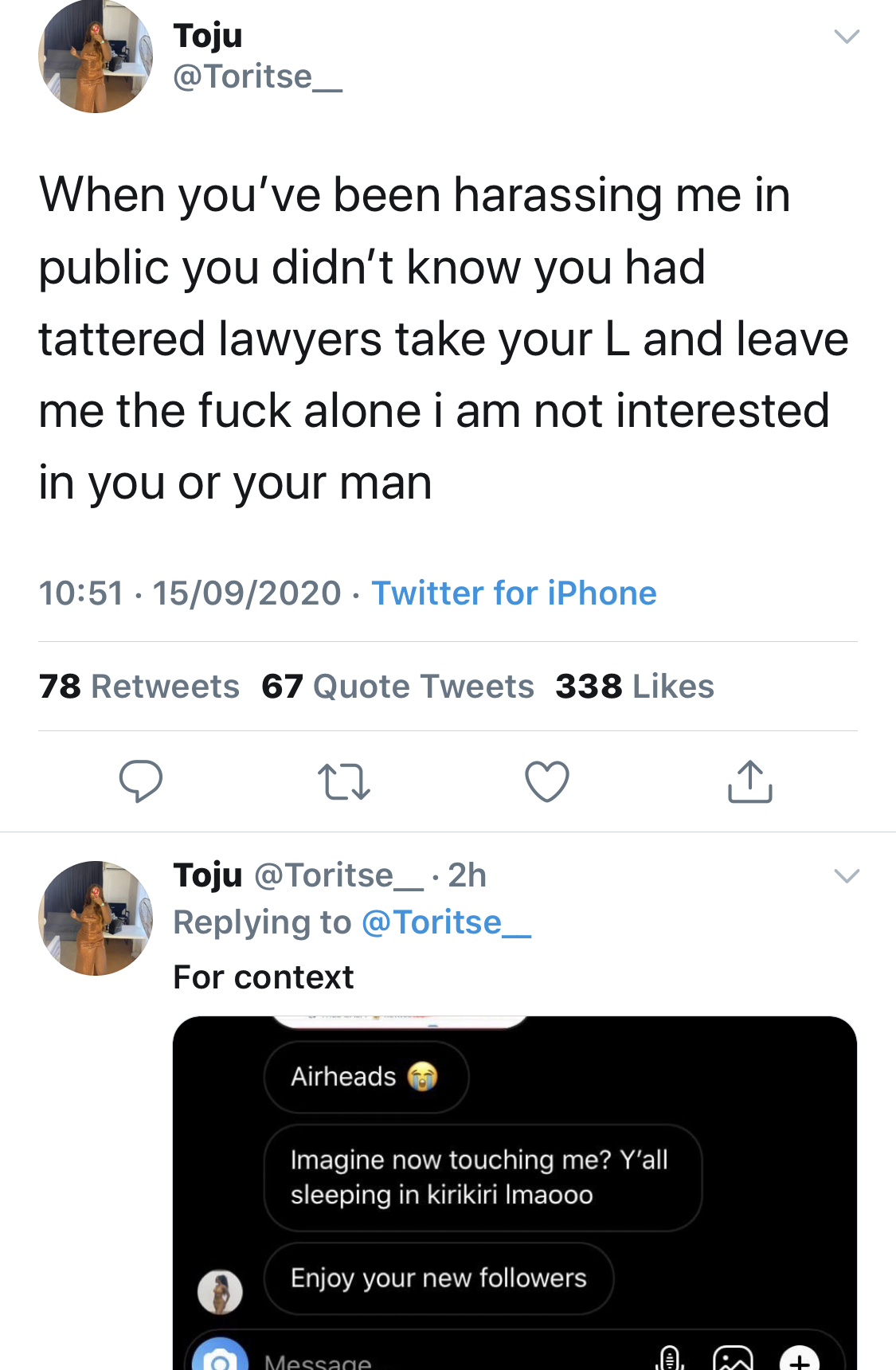 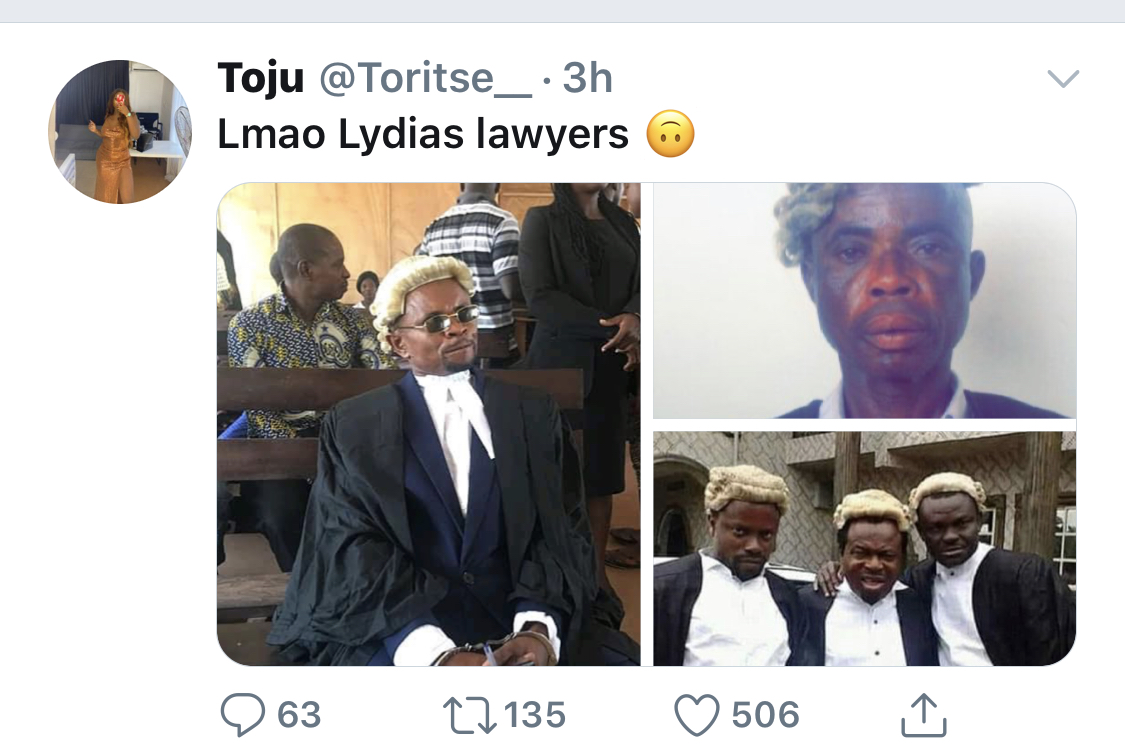