Popular actress, Genevieve Nnaji has lent her voice to the #EndSARS campaign as she penned an open letter to President, Muhammadu Buhari.

The brutality and extrajudicial killings carried out by the men of Special Anti-Robbery Squad (SARS) has sparked a nationwide protest.

Citizens of the country are calling for the disbandment of the rogue police unit.

In the open letter published via Instagram on Friday, the actress urged the president to listen to the cry of the people and take action.

The film star started off by recounting how her 13-year-old niece was harassed by men of the for having a laptop.

Nnaji revealed that complaints were made but nothing was done about them.

The actress stated that the stability of a nation is largely dependent on the president’s leadership as she pointed out that Nigerians are not criminals and shouldn’t be treated as such.

According to the actress, poverty is the reason why there is an increase in crimes in the country.

The actress concluded the letter by advising president Buhari to instruct his troops to stand down.

Read her letter below: 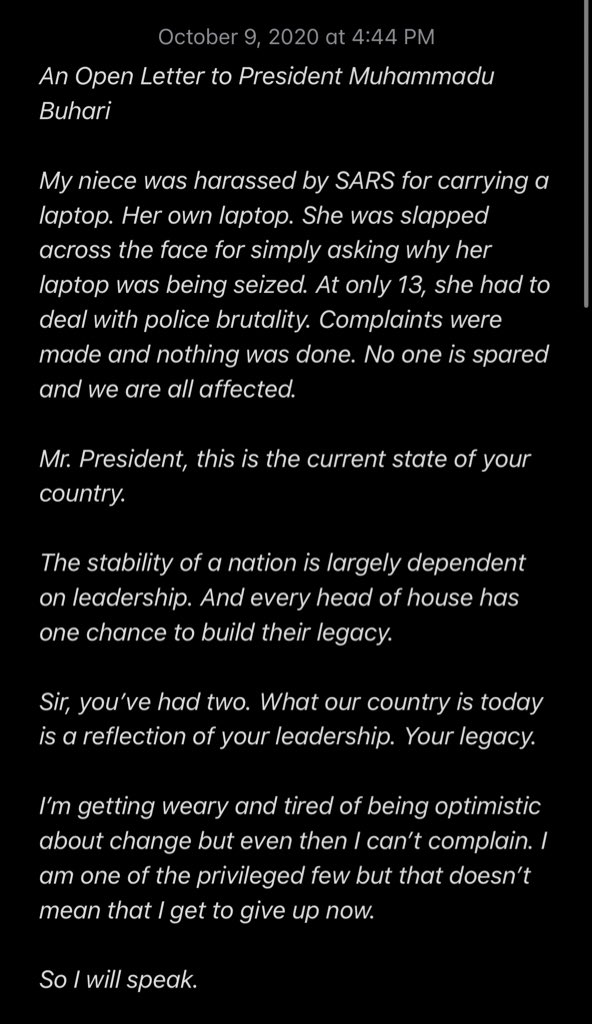 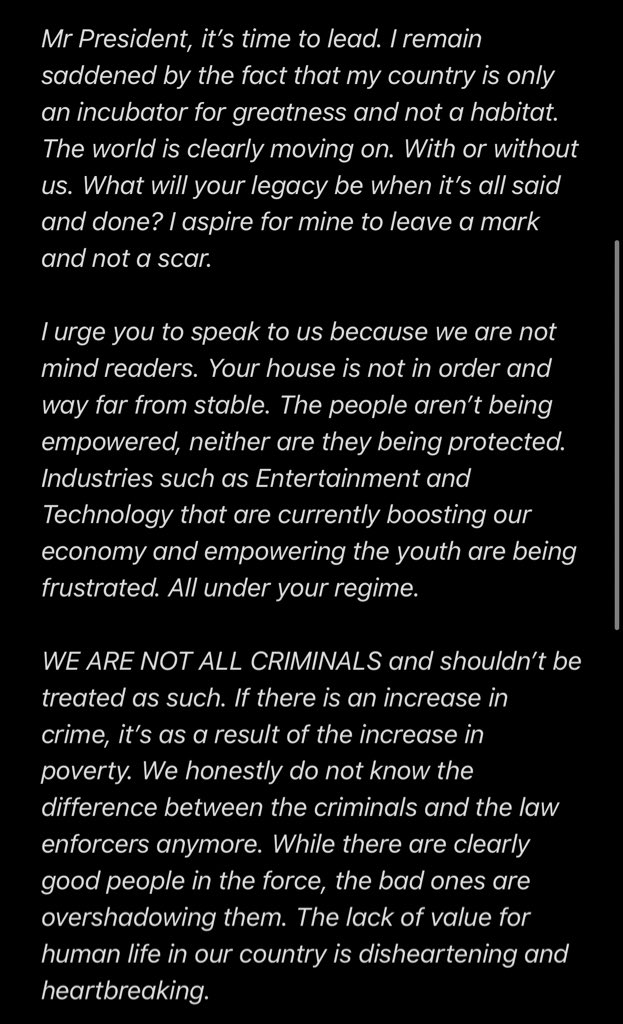 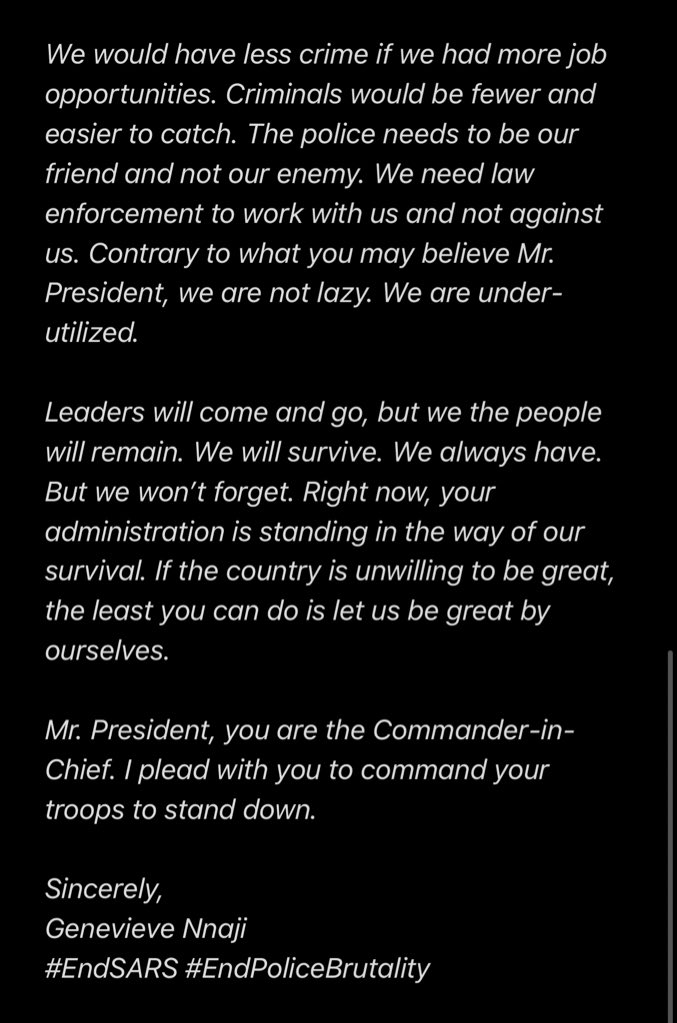