A second police station has been set on fire by hoodlums in Lagos. 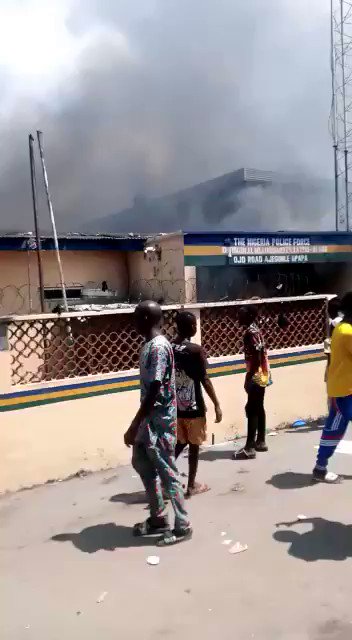 It was gathered that the hoodlums stormed Layeni Police Station at Ifelodun Local Council Development Area of Lagos State and set it ablaze.

This tragic incident was confirmed by eyewitnesses.

An eyewitness identified as Ladipo said at least eight persons were injured. 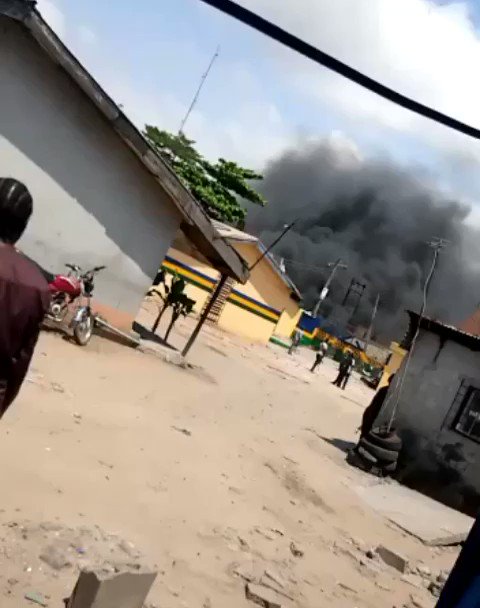 He said, “The crisis started from Orile Iganmu. People were protesting peacefully and the police shot at them.

Ladipo further stated that the boys heard that policemen have killed their people at Iganmu, they also burnt Layeni Police Station.

“There is tension everywhere. We have rushed eight people to the hospital. They were critically injured, he added.

Fakunle said, “Yes, it is on fire. Layeni Police Station has been torched. The incident happened around 11 am.

“At Ajeromi police station, the hoodlums were repelled.”