A former employee of popular reality TV star, Ka3na has called her out on social media over underpaid salary and extortion.

The self-proclaimed boss lady is in the news for all the wrong reasons as the former staff, @doniccemay accused her of being broke and living a fake lifestyle.

Taking to Instagram, @doniccemay recounted the ordeal he faced in the hands of Ka3na, who owns a fashion brand.

The young man revealed Ka3na employed him to come up with creative designs for her fashion brand and she agreed to pay him the sum of 40,000 naira.

However, she reneged and she ended up paying only 4,000 to his account after she fired him.

The young man claimed the mother of one threatened him and blocked him on all social media platforms.

He also revealed that the reality TV star humiliated her co-star, Lucy for picking the naira notes Kiddwaya sprayed during the last Saturday night party in the BBNaija house.

Read Also: Ka3na’s daughter, Lila currently sick & has been admitted in the hospital 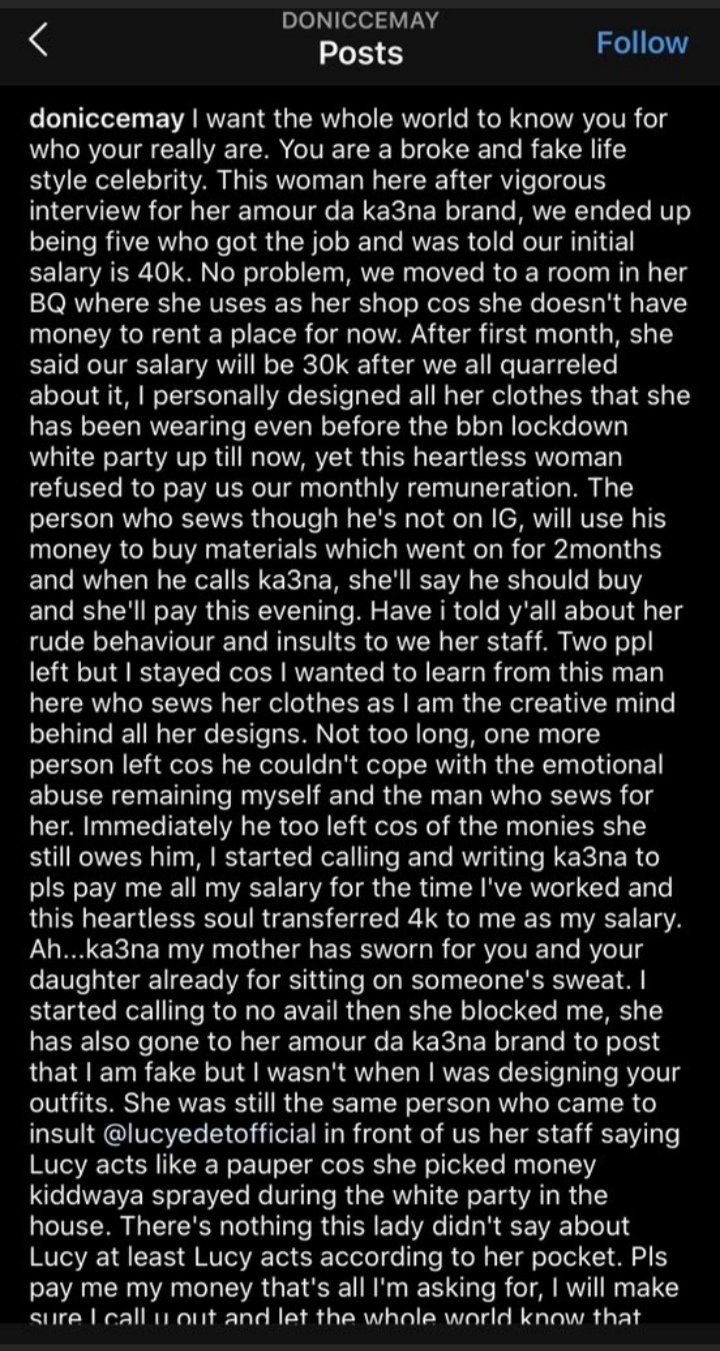 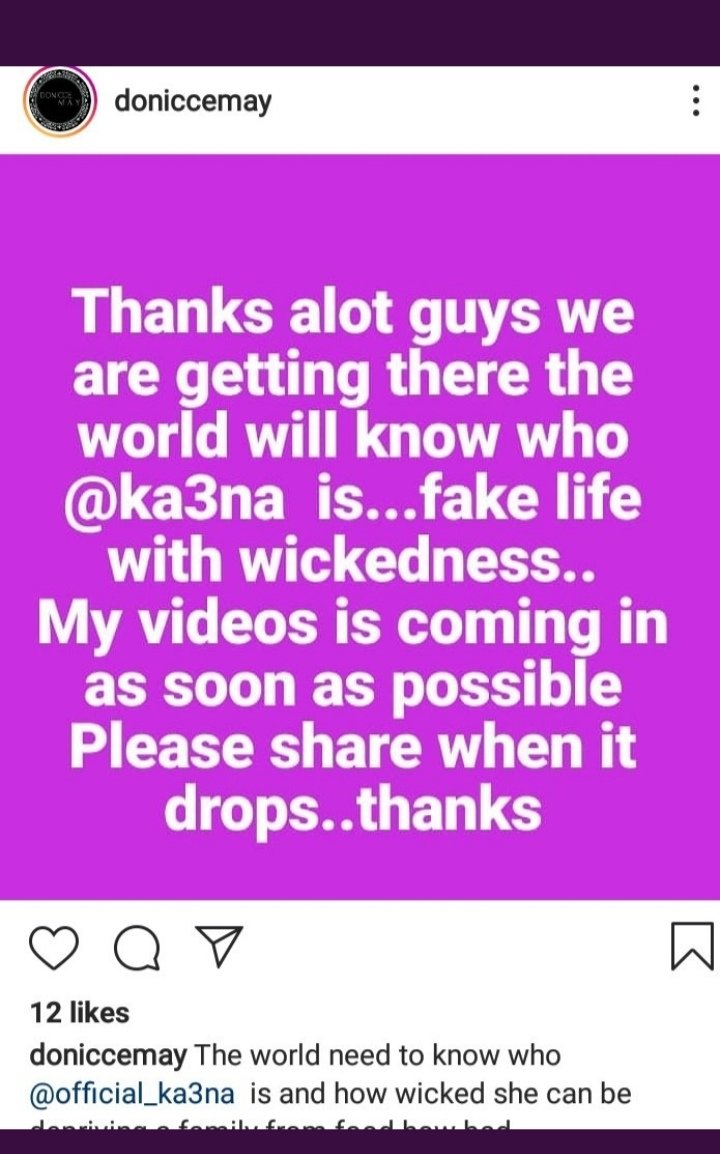