Winner of BBNaija ‘Pepper Dem’ season 4, Mercy Eke, has advised everyone to be grateful for every second. The reality TV star and entrepreneur took to her Twitter page to share beautiful photos of herself with the simple caption that reads:

“Be grateful for every second of your life”

Information Nigeria recalls the former video vixen and model has been actively involved in the End SARS protests. She not only used her social media platforms for campaign. She also took to the streets to lend her support to the movement.

Read Also: EndSARS: “It Will Be A Big Shame If You Sell Your Conscience” – Mercy Eke

Also, she recently advised people to shun tribalism as the fight against police brutality concerns every Nigerian regardless of tribe. 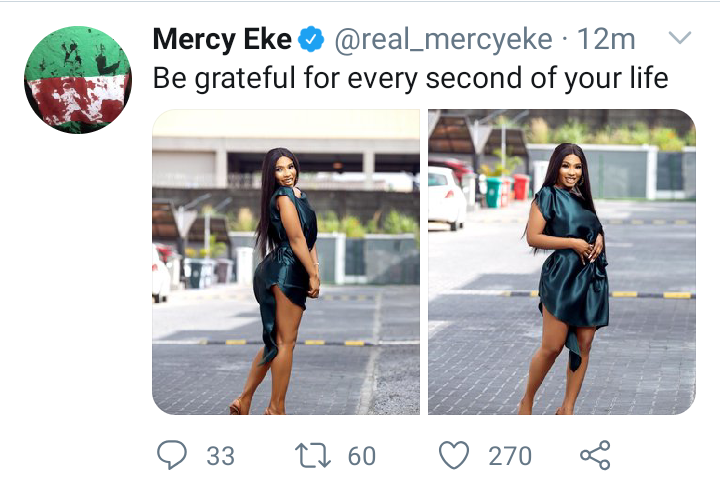