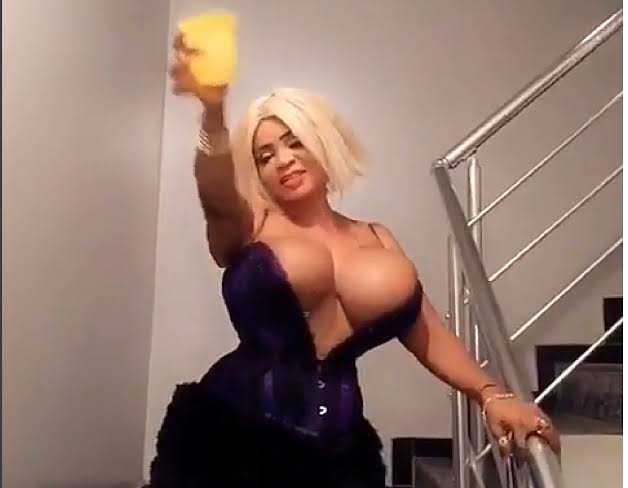 The actress, notorious for her big boobs, shared a video on her Instagram page which was pictured on the stage at the protest ground at Lekki tollgate, giving her own recount with her experience with the now-disbanded special anti-robbery squad.

The actress who spoke in pidgin revealed that she a year old today as she encourages the protesters to keep at it. However, she disclosed that they had refused her audience at first.

The video also catches her bouncing on stage together with her boobs.