Popular Nigerian singer, Davido has condemned those behind the widespread looting and vandalization of public and private properties in the country.

The singer, in a string of tweets, expressed his disapproval over the act, as he stated that it needs to stop because it is unreasonable.

Taking to his Twitter page on Sunday, he wrote;

“What is there to gain from burning and looting private businesses that provide employment to our own people?? Or burgling or burning houses belong to innocent citizens?! Or burning Buses that our own people depend on for transport to go to work and go about their lives???”

“Why burn police stations, when one of our demands was better police welfare and training??? Please stop stop stop stop! It all makes no sense whatsoever !! If you know anybody partaking in this, tell them to stop!!” 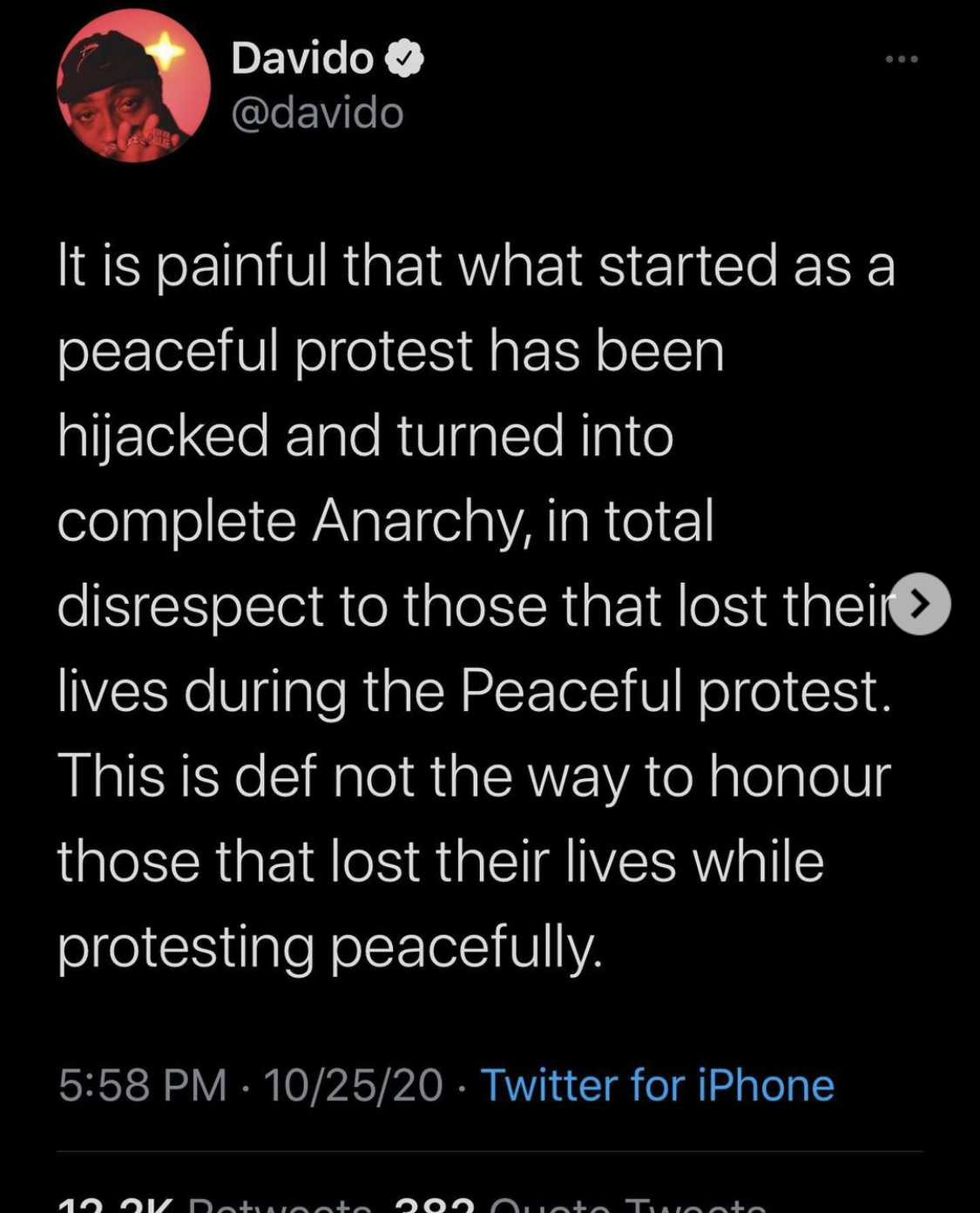 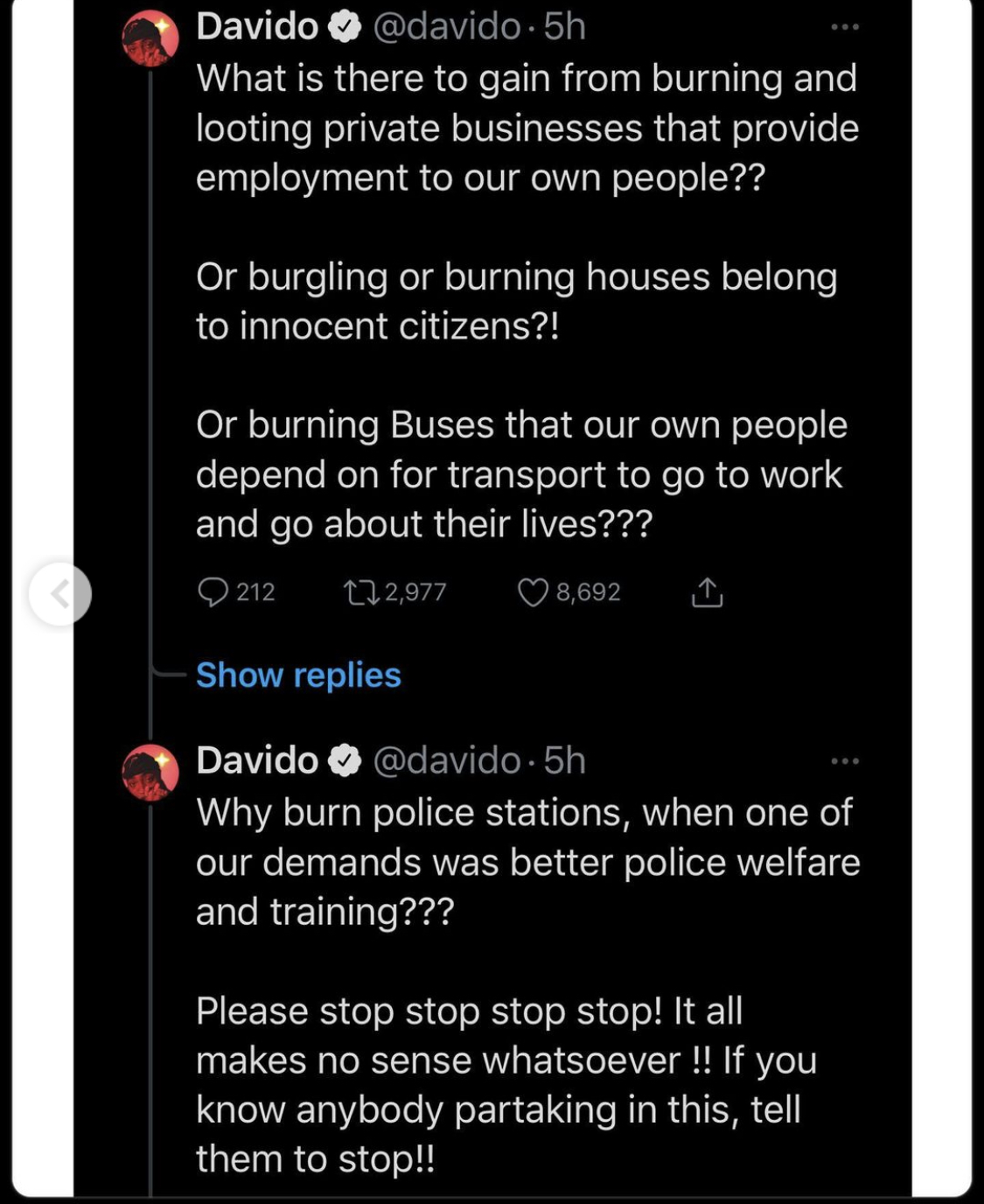