DMW CEO, Davido has announced the termination of Lil Frosh’s contract with his record label. 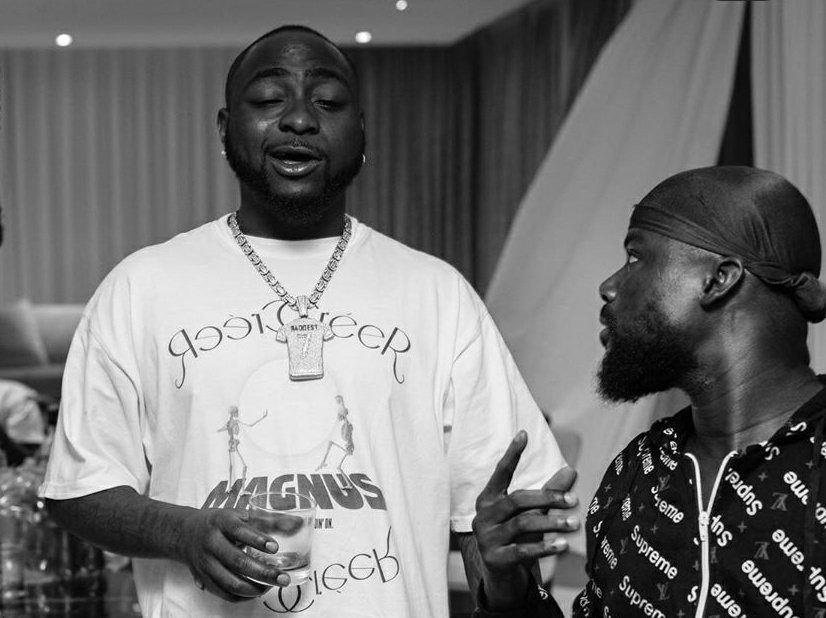 Davido, has taken to his verified twitter page to announce that he has terminated his contract with Lil Frosh over domestic violence allegation.

The Fem singer noted in the press statement that his organization does not condone domestic violence and the contract termination takes effect immediately. 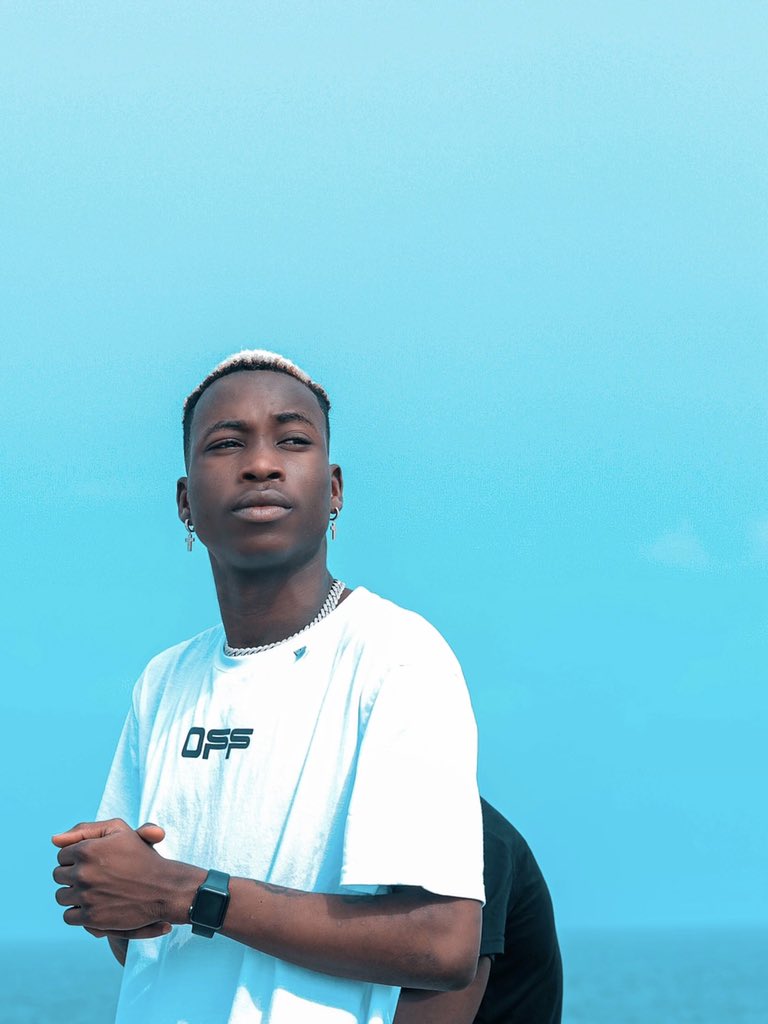 “In light of recent allegation made against Mr Sanni Goriola Wasiu a.k.a. Lil Frosh, we would like to state that as a record label, domestic violence is not a trivia matter and we will never support or condone such behaviour. There is no excuse for the actions of Lil Frosh and we understand that there is nothing that can be said or done to take away the insensitivity shown.

“Upon internal investigations carried out by the label, we are left with no option than to terminate the recording contract that exists between the label and Lil Frosh, effective immediately. We hereby immediately severe all affiliations with Mr Sanni Goriola Wasiu a.k.a. Lil Frosh. Once again, we do not condone domestic violence and stand with all victims of domestic violence,” the statement read. 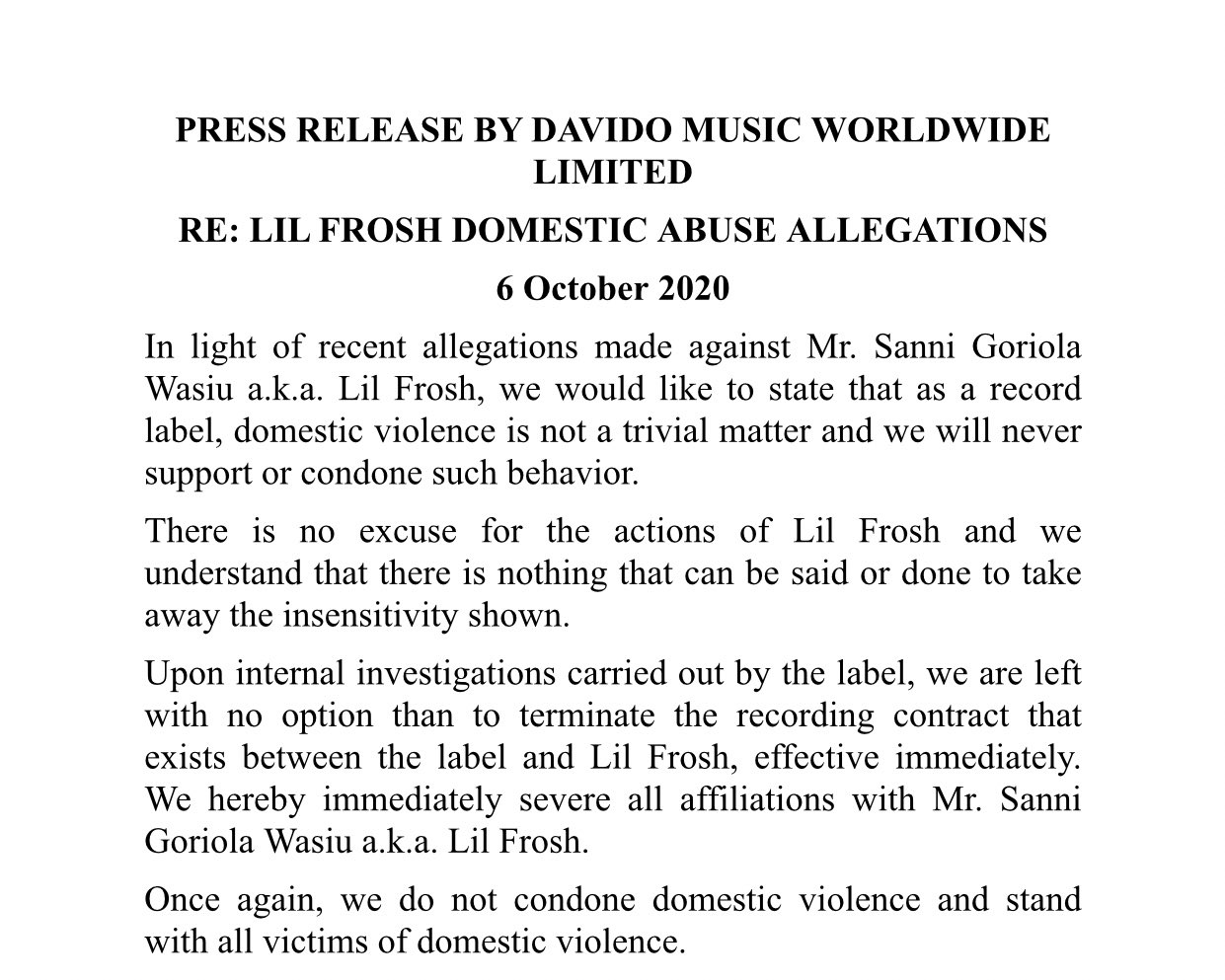 Lil Frosh has been accused of beating his ex-girlfriend, Gift Camille.

Her brother and manager, Michael, claimed that Lil Frosh has been assaulting his sister for a while now.

The rapper is yet to react to the allegations levelled against him. 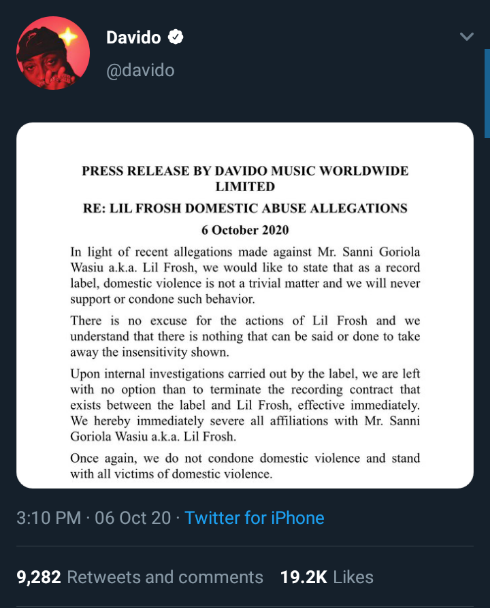