Femi Kuti, the son of the legend Fela Anikulapo Kuti, made an appearance today at the #EndSARS protest in Alausa to encourage the protesters after they were attacked by thugs. 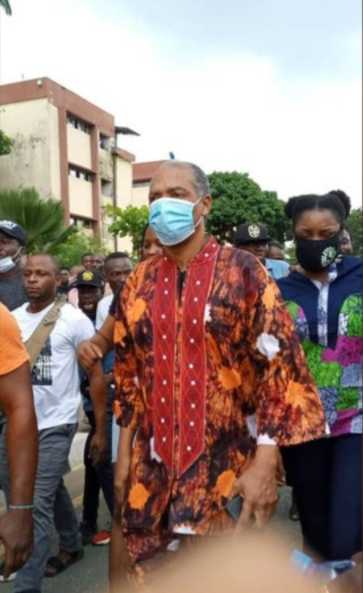 Femi stated that it’s his father’s posthumous birthday and he’s busy at the Shrine and also he has a performance but took time off to show support for the protesters.

“Don’t be intimidated,” he told the protesters.

He added that it’s their right to protest peacefully and asked them not to back down.

He attended the protest with his son Made Kuti.

Femi Kuti later took to Twitter to write: “Got to Alausa a while ago but Hijackers had left. Continue the fight!” 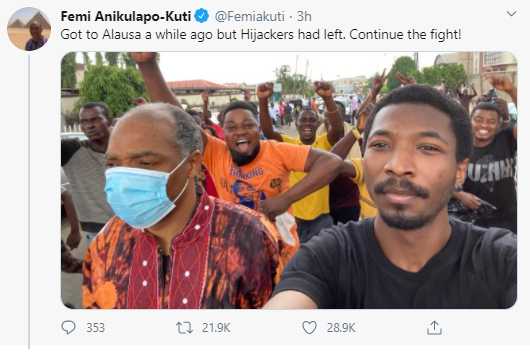 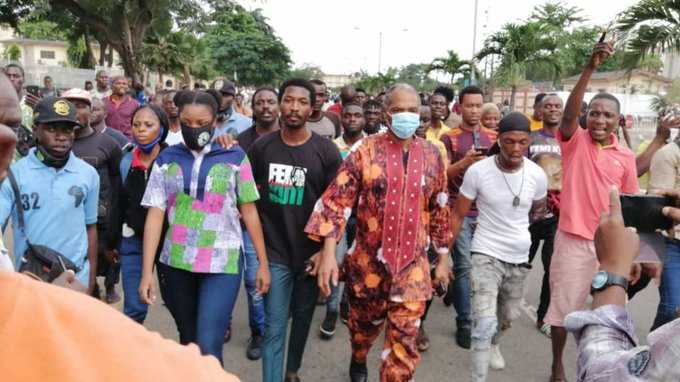 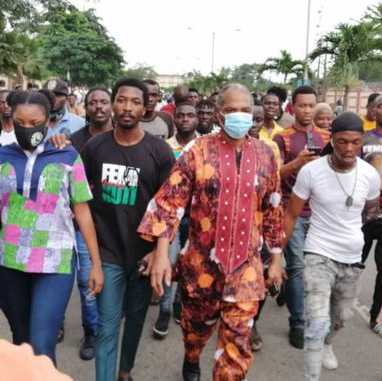