Popular singer, Davido, has declared his intention to lead a protest against the Special Anti-Robbery Squad (SARS) in Abuja on Sunday.

Information Nigeria recalls the singer got dragged for saying his ‘people needs him’ while reacting to the #EndSARS protests.

The brutality and extra-judicial killings meted by operatives of the Special Anti-Robbery Squad (SARS) on innocent citizens has incited demonstrations across the country.

The ‘Blow My Mind’ crooner took to his Twitter account on Saturday to lend his voice and he has offered to lead a peaceful protest. 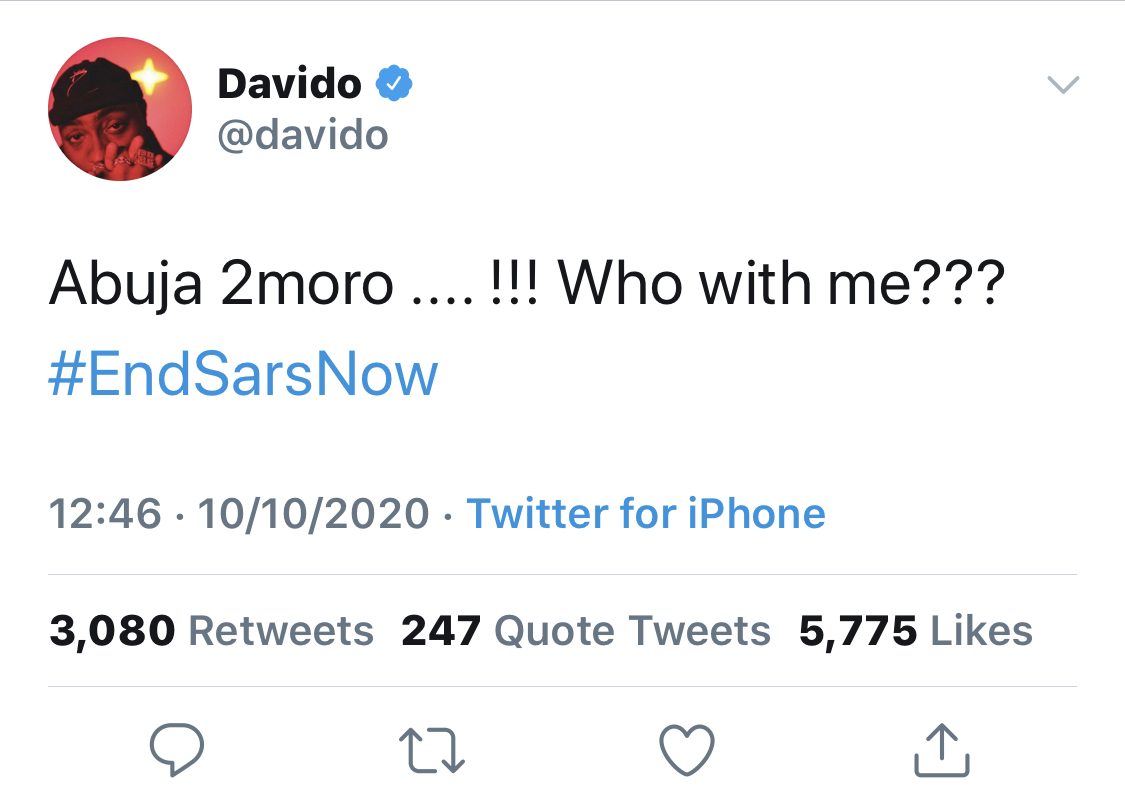