Home Uncategorized #EndSars: “I Was Paid N500 To Bring A Knife To The Protest...
Facebook
Twitter
WhatsApp

A young Nigerian who was caught wielding a knife at the embattled #EndSARS protest ongoing in Nigeria has revealed that he was paid to take it to the protest grounds. 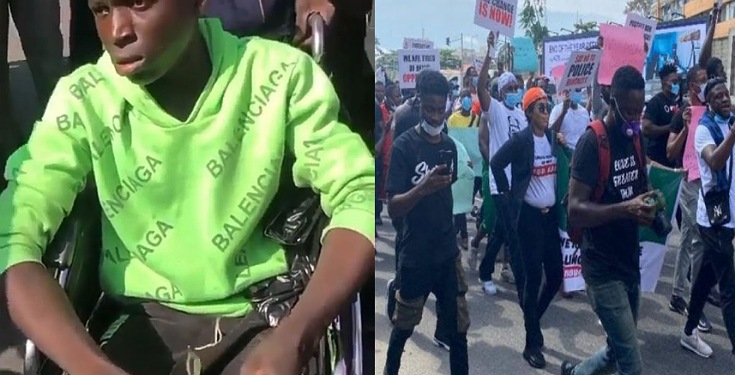 According to the yet-to-be-identified youngster during an interrogation, he was given 500 naira including his partner to take knives to the venue where the protest was taking place.

He was captured in a video holding a sharp knife and confessing about his actions and who commissioned him to do so.