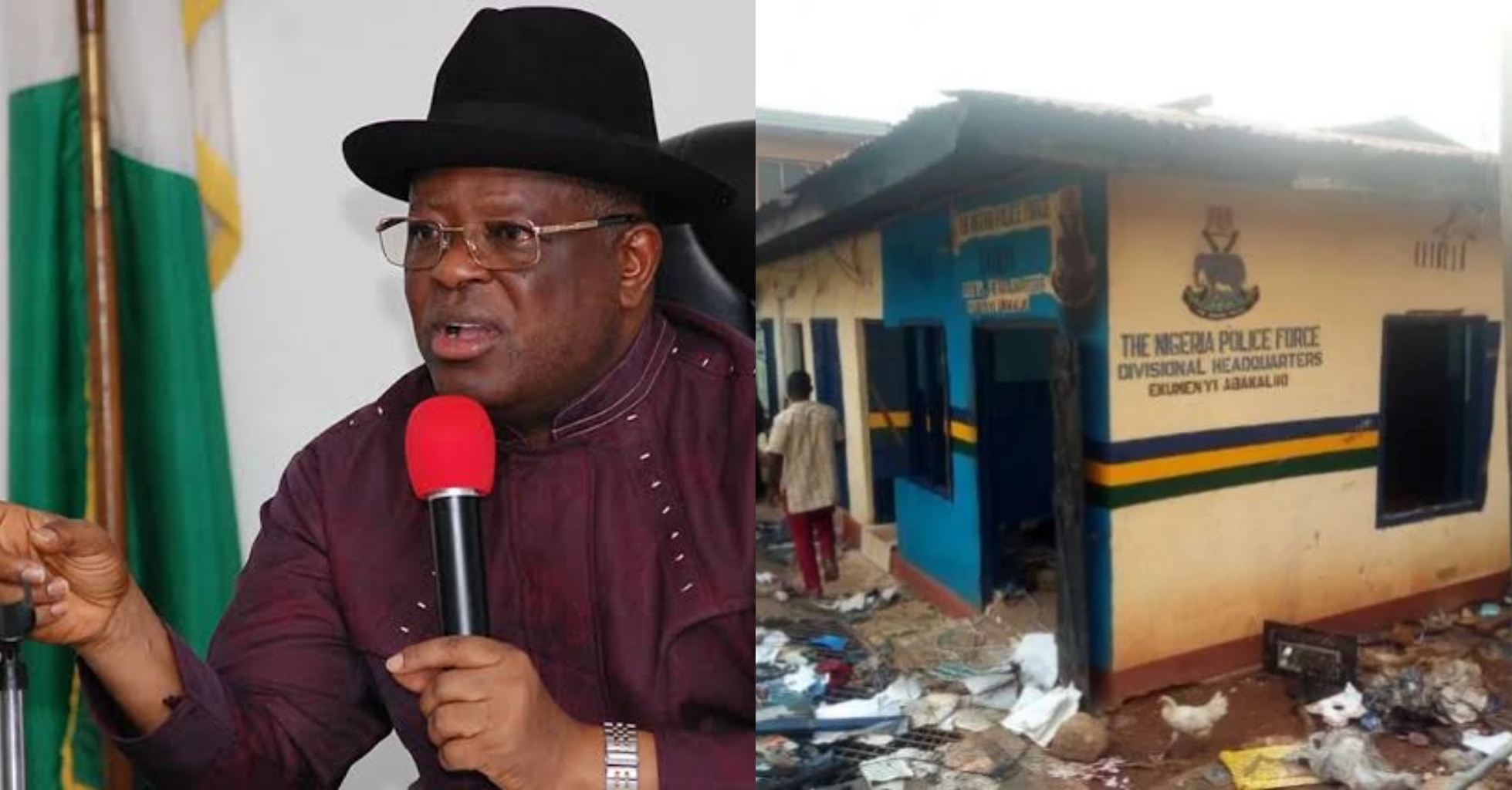 Dave Umahi, governor of Ebonyi state has stated that he will not rebuild state properties that were destroyed by hoodlums, especially the ones that were built during his tenure.

The state governor made this known on Friday while feeding questions from journalists, after assessing the level of damage done by hoodlums in the state.

Umahi, who confirmed that a total of four Police Stations were destroyed in the State: two each in Ohaozara and Abakaliki, insisted that government will not reconstruct those destroyed in Ohaozara.

He also added that he would not repair or replace Streetlights destroyed by the hoodlums, maintaining that it was the duty of Ebonyi citizens to safeguard infrastructural facilities meant for their enjoyment.

“A total of four Police Stations were destroyed: two in my Local Government, comprising one in my community, Uburu, and another in Okposi.

“Those ones will not be rebuilt.

“My position is that any property that I have built and is destroyed, I will not rebuild it in my tenure.

“But the other two Police Stations, they are rented apartments, and I have never been into them.

“So, though it is quite very tasking, but we will do everything possible to build two new Police Stations in two different locations.

“The decorative lights that were destroyed, I’m not going to replace them.

“It is the duty of the citizens of Ebonyi State to protect their infrastructure.

“So anyone they allow hoodlums to destroy, it is either they produce the hoodlums, who we are hunting for, or it remains.”