MC Oluomo, the chairman of the National Union of Road Transport Workers (NURTW), Lagos chapter is currently the talk of social media. 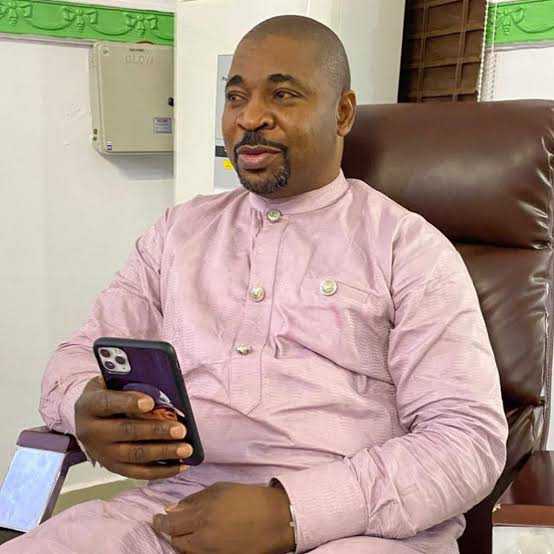 Recall that Oluomo was accused of sending thugs to attack protesters at Alausa area of Ikeja yesterday, which he later denied.

However, #EndSARS youths seem not to trust him as they rejected food and drinks donated to them at the Lagos State House of Assembly on Friday.

A day after the incident, MC Oluomo attempted to redeem his image in the eyes of the protesters. He sent water and drinks, branded with his name.

Some of the protesters, unaware of who sent the packs, collected and drank from the water and drinks before a protester raised an alarm about the food.

“MC Oluomo sent them, he wants to poison us, don’t drink the water,” he shouted.

Other protesters who also checked the name on the bottles stated throwing the bottles at the white van that conveyed them.

“We don’t want any support from MC Oluomo, they are trying to break us, they want to penetrate again,” some protesters shouted.

Angered by the gesture of the NURTW leader, the protesters threw bottles and other items at the van, as the driver sped from the venue to avoid being mobbed.

Oluomo is the Chairman of the National Union of the Road Transport Workers in the state.