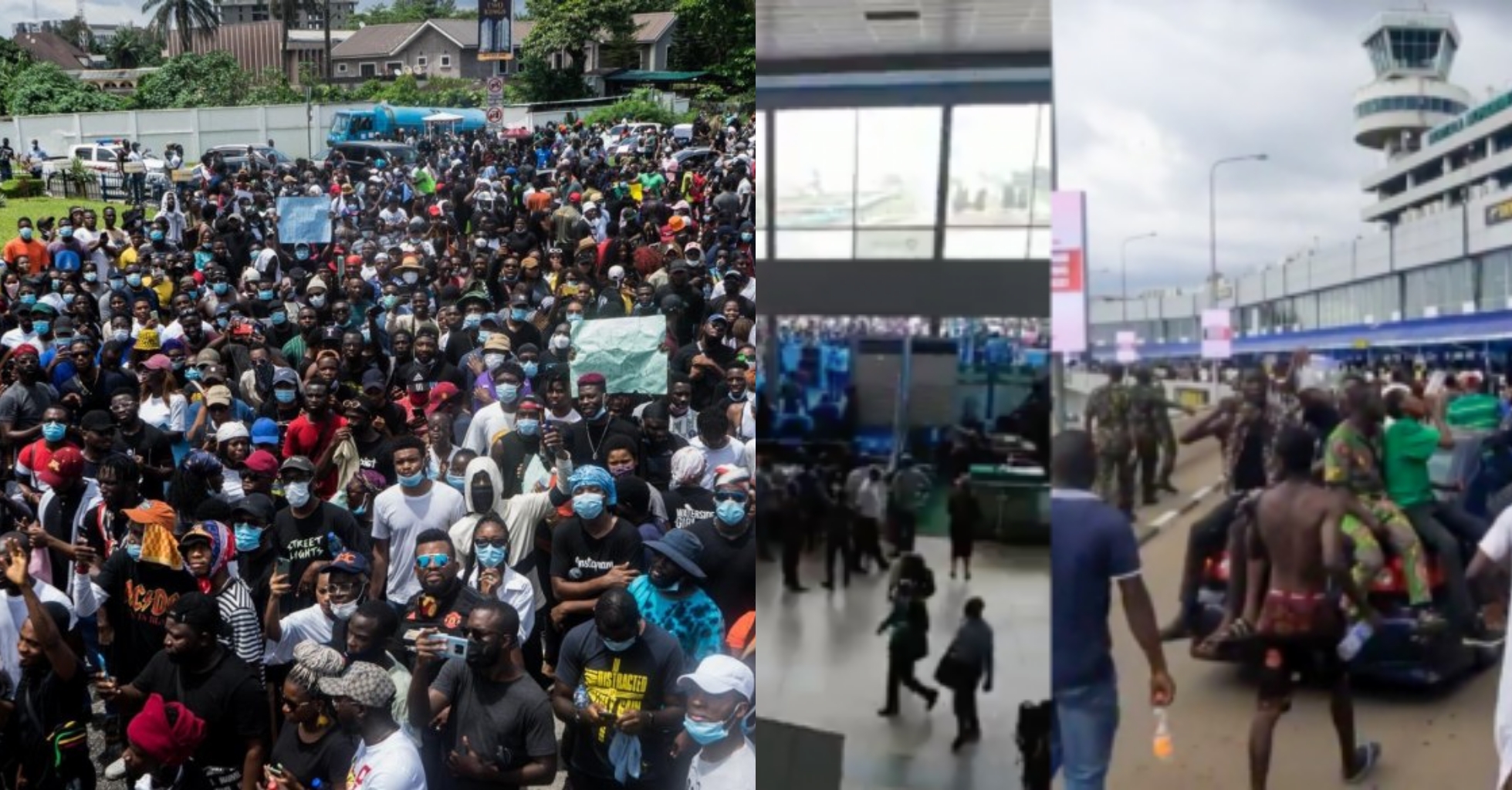 The protesters in their hundreds are preventing movement in and out of the busiest airport in the country.

Nationwide protests have been going on over the past 11 days, demanding an end to police brutality and extrajudicial killings, but since it began, this is the first time protesters would disrupt activities inside an airport.