Minister of Youths and Sports, Sunday Dare, has appealed to singer Naira Marley to shelve the #EndSARSbrutality protest he has planned to lead on Tuesday October 6. 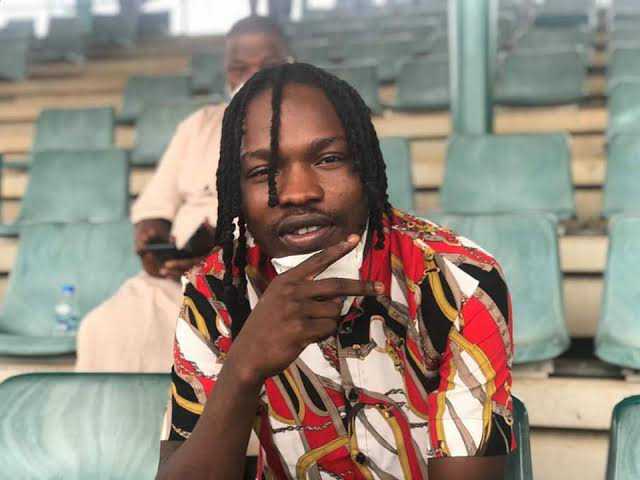 The singer in a tweet posted yesterday evening said at about 9am today, he would be leading a peaceful protest in Lagos.

”So 9am tomorrow we move 2nd toll gate Peaceful protest No vandalism, no fights and no stealing.” the singer tweeted 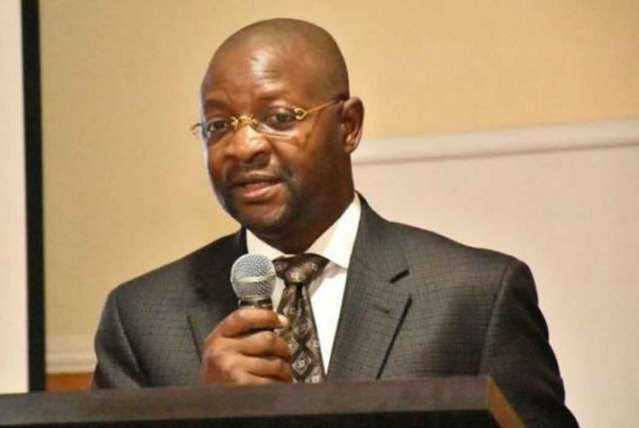 Reacting to his tweet, the Minister appealed to him and others to shelve the protest as their grievances regarding SARS and police brutality are currently being addressed.

”I urge you and other youth not to embark upon any protest. Your grievances are being addressed at the highest level of government. As the Minister in charge of youth I know this is an issue that must be tackled. Government is doing just that.” The Minister tweeted

Naira Marley is yet to react to the Minister’s appeal. 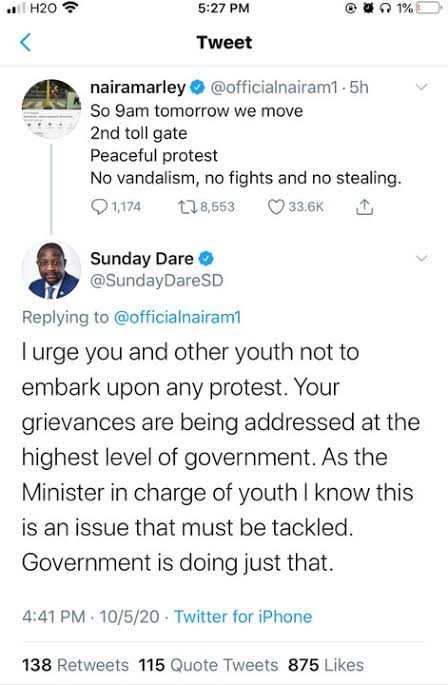