A group of Nigerian youths protesting against police brutality at Lekki Toll Gate, have reportedly raised over N2 million for an elderly woman who hawks groundnut. 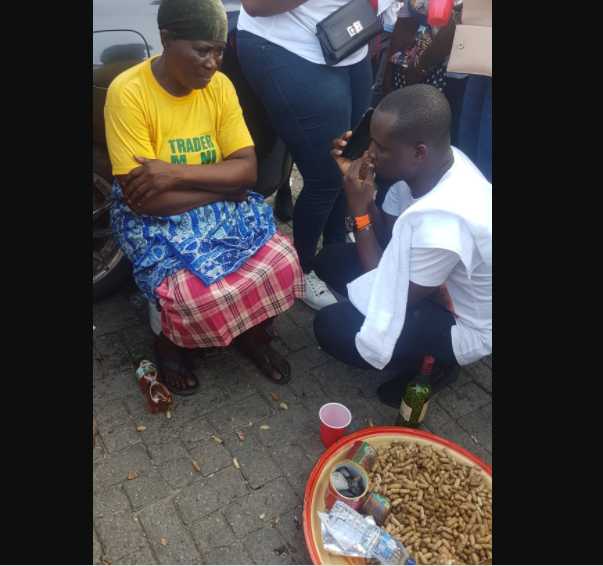 According to Twitter user, @sama_on_point, who shared the report, he first said the youths contributed N500,000 to the woman at the protest ground, before thanking Super Eagles midfielder, John Ogu for making a hefty donation. 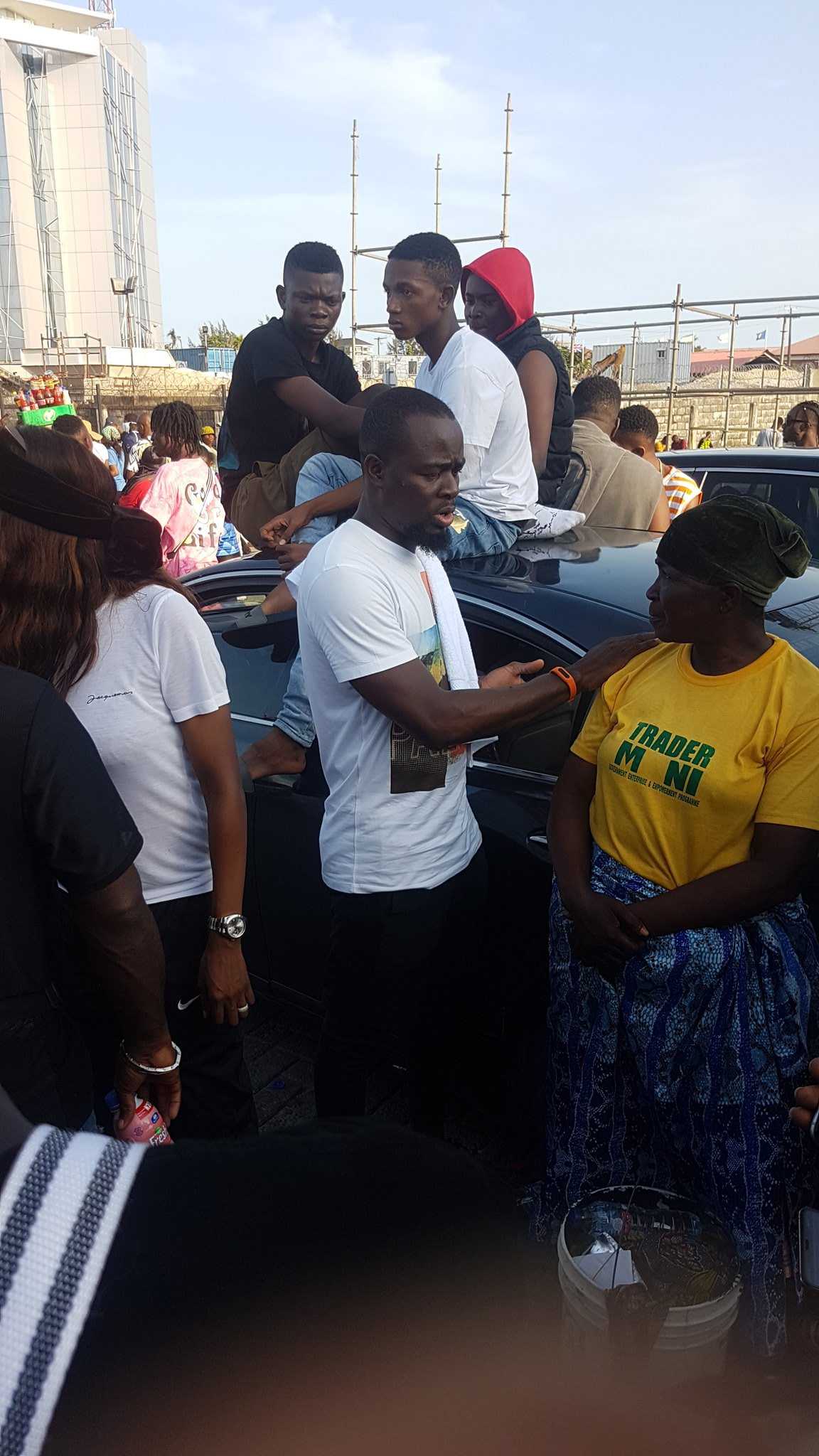 A few hours later, he gave another update that the donation to the groundnut seller had been increased to N2,350,000. 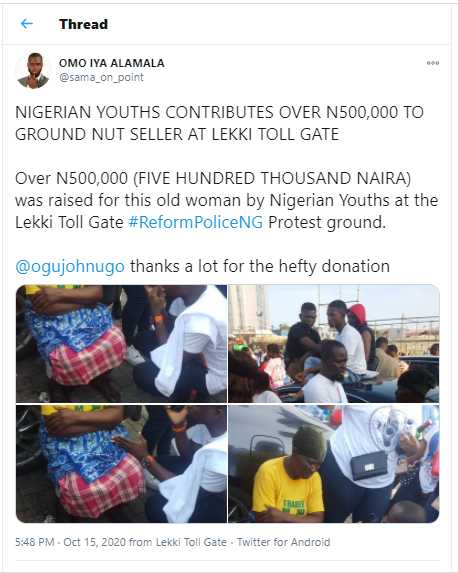 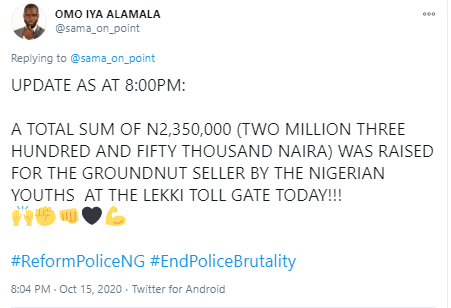