A Nigerian man has used his painful experience with SARS officials to call for the disbandment of the Special Anti-Robbery Squad. 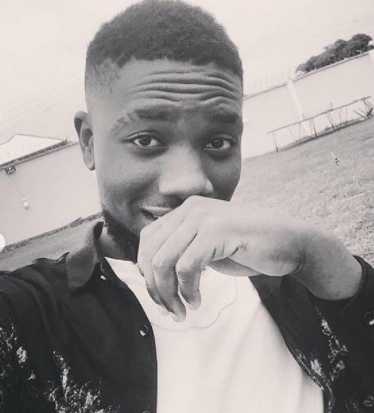 According to @Brightezz1, his younger brother who was 21, was allegedly killed by SARS officers in 2018.

According to him, his brother went to visit a friend in a hostel when the officers raided the hostel and picked his brother. Bright stated that his brother was killed and dumped inside a well.

”In 2018, my younger brother was brutally murdered and dumped in a well by SARS in Ekpoma Edo State. His only crime was he went to visit a friend in his hostel and the hostel was raided. #EndSARS Justice for Haruna.

He was only 21 and had 2 weeks to his final exams but his life and dreams were cut short by the rogue @PoliceNG SARS criminals. Justice for Haruna. If SARS don’t end, they will end us all. #EndSarsNow @mrmacaronii @davido 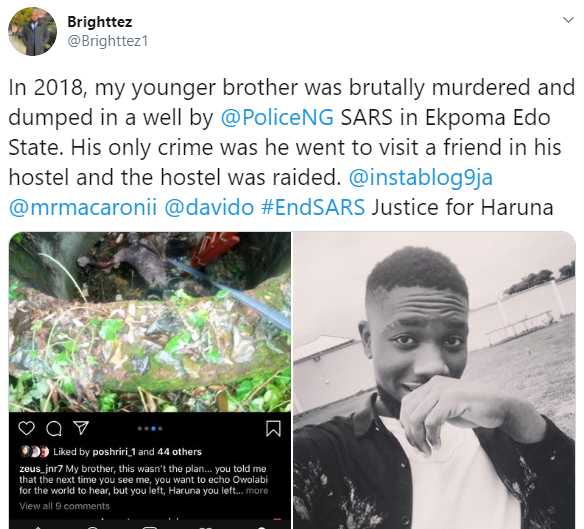 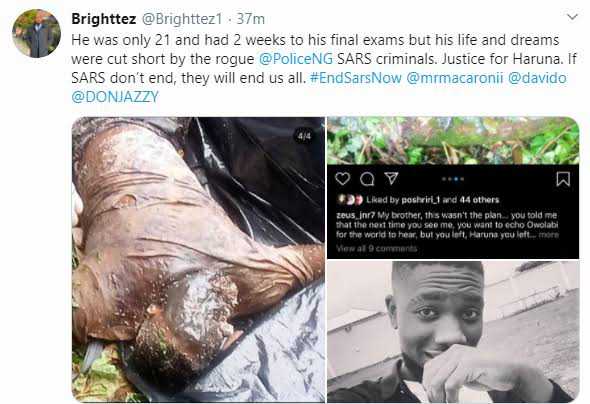