In a video making rounds on Twitter, hoodlums were captured looting at Bode Thomas street in Lagos. 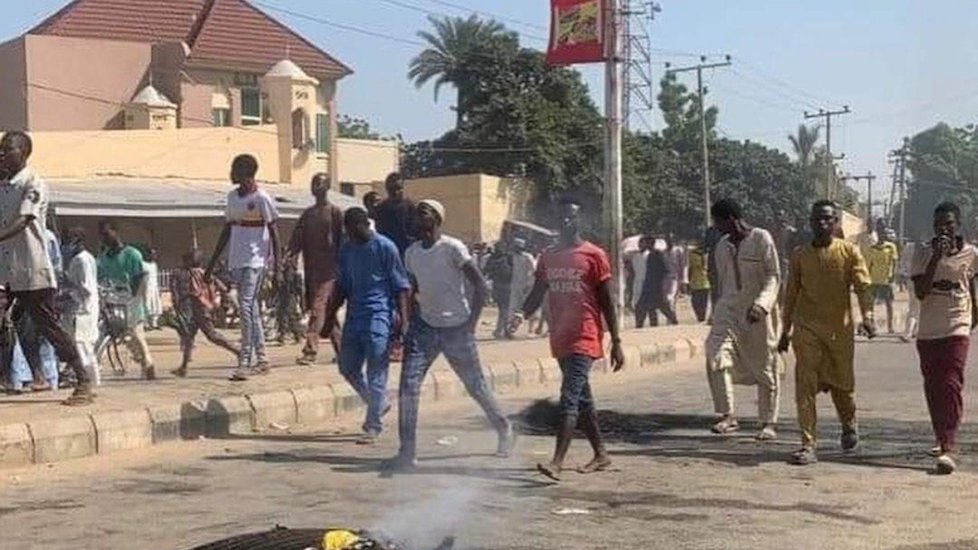 The video revealed that some hoodlums are currently looting some properties on the street.

Following the unrest that has swiped through the streets of Lagos, hoodlums have taken over the street to cause mayhem in several parts of the state.

What started as a peaceful protest has led to the death of many lives and the propaganda of private and public properties.