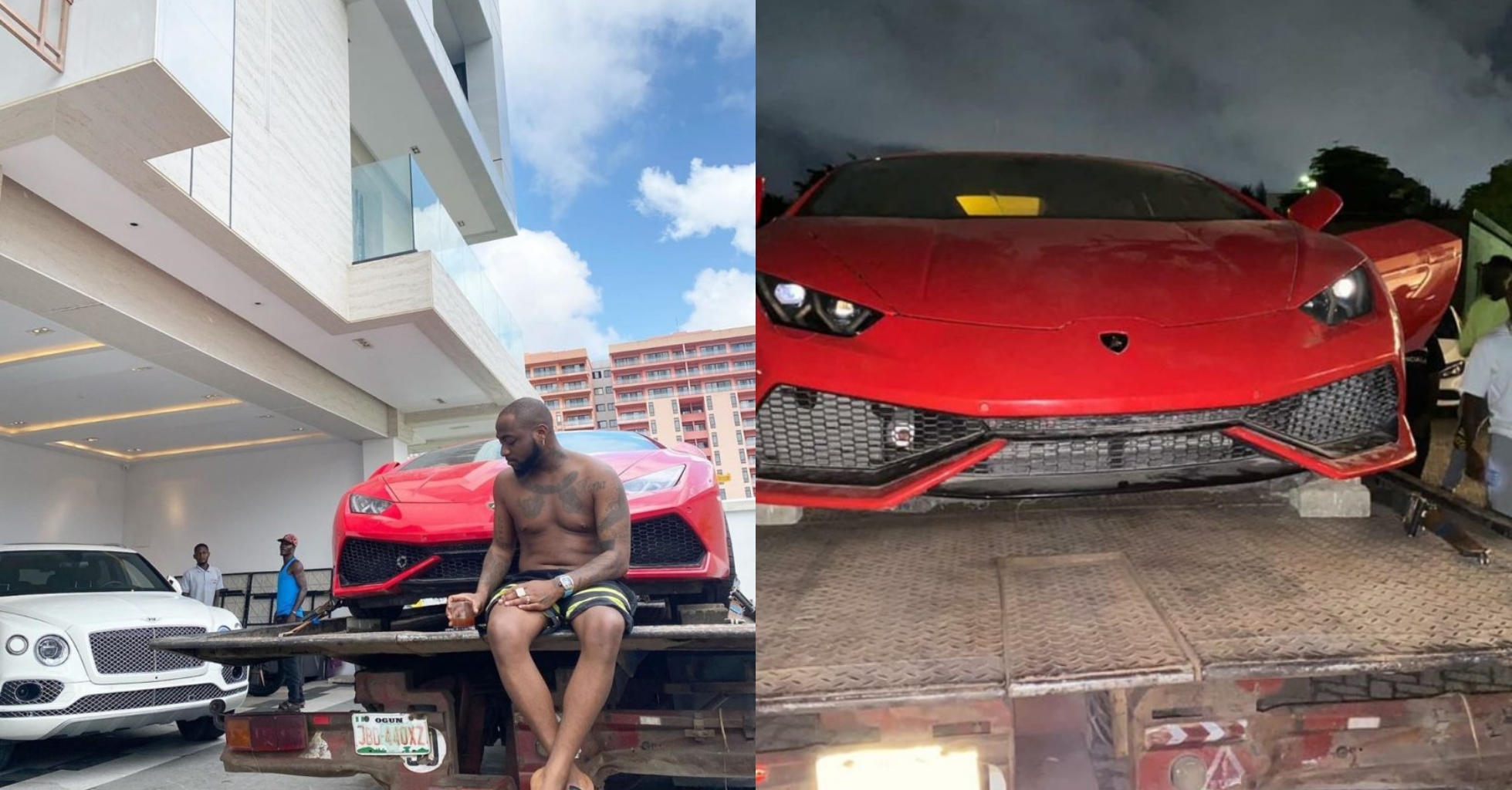 Nigerian singer, David Adeleke, popularly known as Davido has replied a fan who asked him to take his new Lamborghini for a spin. 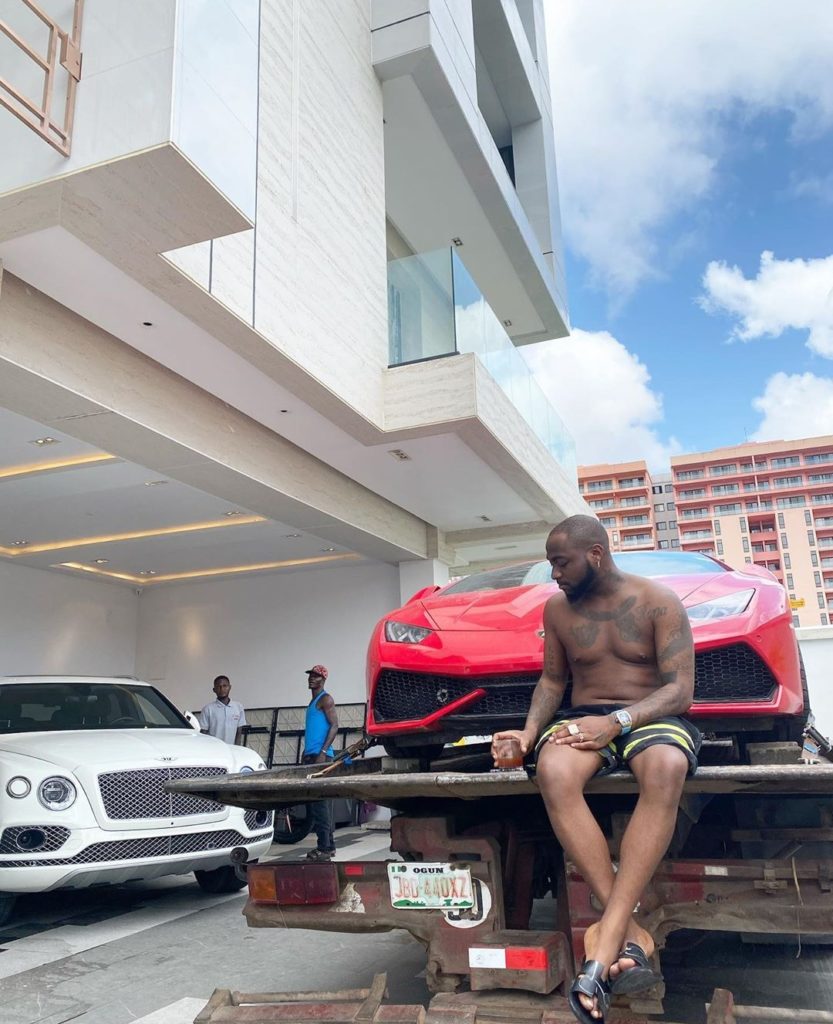 The award winning artiste is truly having an Independence anniversary to remember as he just took delivery of a red Lamborghini last night. 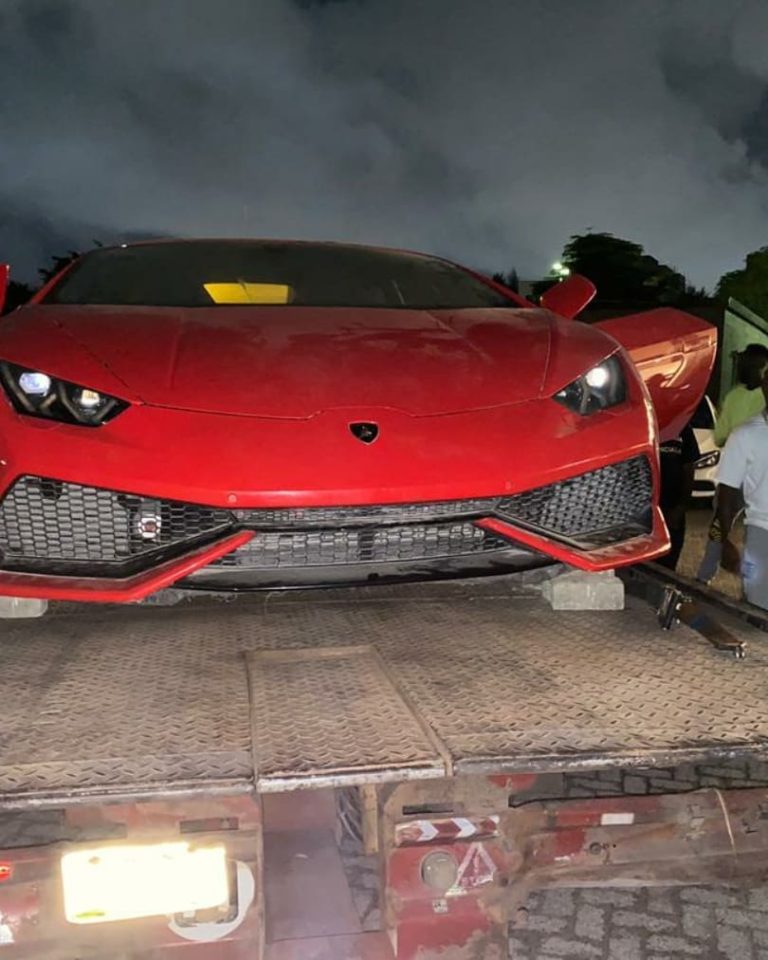 The FEM crooner released a video on his Instastory Wednesday night, showing a truck delivering the car to his home in Banana Island.

In a photo which he shared today, the singer was seen sitting on the truck which carried the new ride, and fans wondered why he hasn’t brought down the ride yet.

A fan however, summoned courage to ask the singer to take the ride for a spin and Davido, in his response, said he is still waiting for a pastor to pray over the ride.