A Nigerian lady and her boyfriend have gotten into serious trouble after they tried to dupe a man who mistakenly transferred N1million into their account. 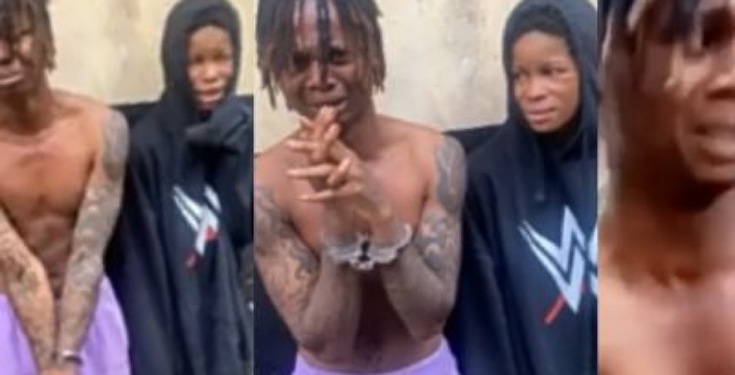 According to the victim, the girl had always begged him for money, saying her mom is sick and she needs to be treated. She sent her account number to him, and while trying to send N1million to someone, he mistakenly transferred it to her account.

She linked up with her boyfriend who chatted with a herbalist on WhatsApp and paid N30k to the herbalist to make him forget he gave them N1m.

The victim explained that he didn’t notice the error for days until his business colleague called to know why he hasn’t received the money.

He started his investigations and discovered that he sent it to the wrong account. He called this lady but her number wasn’t going. He later used someone else’s phone to call her and a man who is presumed to be her boyfriend picked the call and told him they scammed him of the N1m and he can’t get it back.

He reported the case to the state CID and they tracked the couple down. After going through their phone, they saw proof that they have been chatting with a herbalist who collected N30k from them to hypnotize the owner of the money and make him forget that he mistakenly gave someone money.