Lagoon Hospitals, which is one of the largest healthcare companies in Nigeria is currently the talk of social media 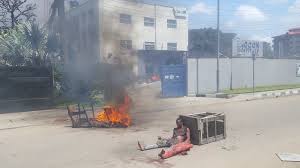 The hospital was reportedly attacked for allegedly rejecting a young man who was allegedly shot by security operatives. It was further gathered that the man was shot in Tincan area of the state. 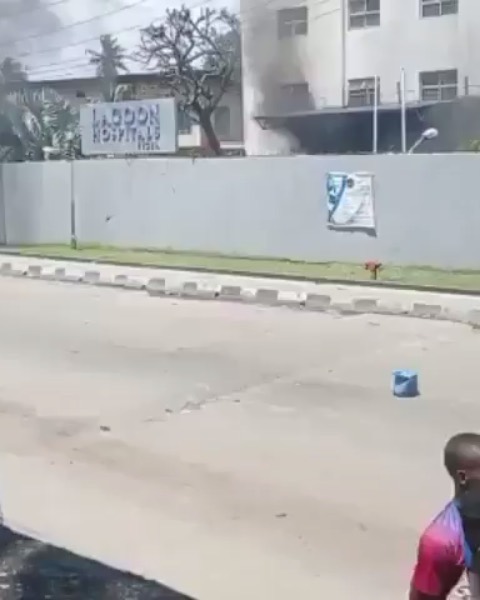 Videos and photos shared on social media showed a bleeding young man dumped in front of the hospital which was on fire.

Here are videos below; 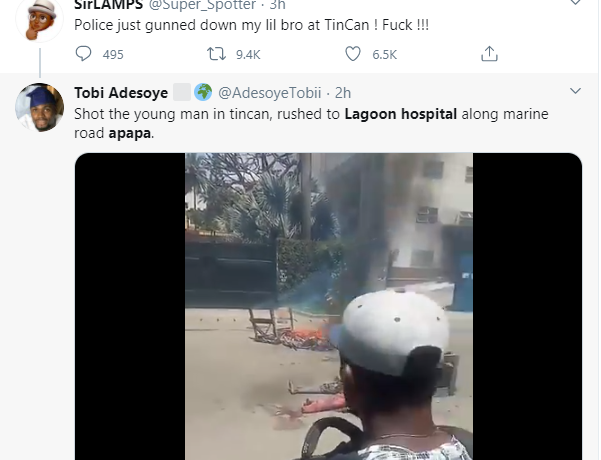 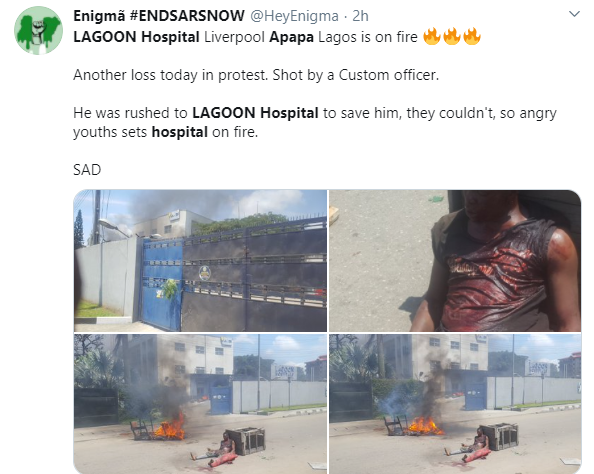