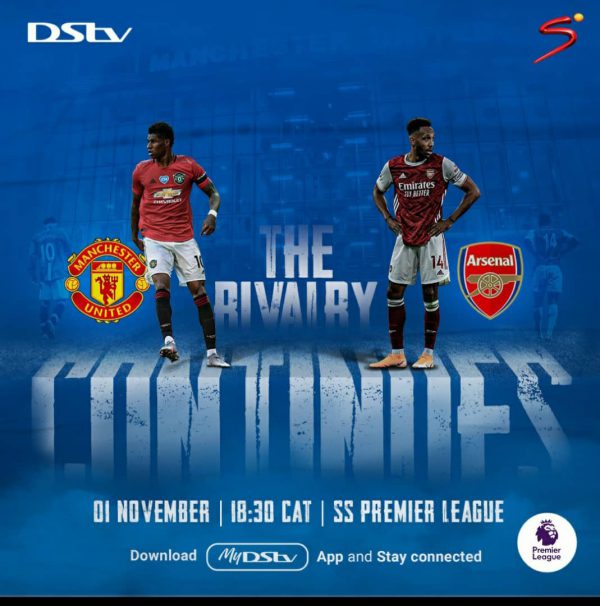 It’s another big weekend for Manchester United as they face Arsenal in the English Premier League on Sunday November 1, 2020.

Still battling with a wobbly start to the new season, the Red Devils will be looking forward to ending their home games woes as they face the Gunners at the Old Trafford in the Super Sunday match.

United head into the match under intense pressure to regain fans’ confidence and get its Premier League campaign on track after an unimpressive home run. They have won their last 10 away games in all competitions but none of their last five at home.

It is United’s worst start to a season at Old Trafford in the last 48 years.

The once dreaded Old Trafford where opponents visit with their hearts in their mouths is fast becoming a common ground after United suffered 3-1 loss to Crystal Palace, 6-1 to Tottenham and refused to score a goal against the Blues last weekend. It is left to be seen whether Arsenal will come close to repeating the 6-1 plummeting of United by its North London rivals.

Despite losing 1-0 to Leicester City on Monday night, the Gunners boss, Mikel Arteta, will be boosted by the fact that his side has a head to head advantage over United in their last three encounters.

The head to head record appears to favour Arsenal having won two and drawn one of the duo&#39;s last three league meetings while United’s last win against Arsenal was in the FA Cup in 2019.

Arsenal presently at 10th place on nine points travel to Old Trafford on Sunday without Gabriel Martinelli, Pablo Mari, Rob Holding, Calum Chambers have all been ruled out with injury. David Luiz who picked up a muscular injury against Leicester is also unsure for the game yet.

United with seven points sits at 15th place will also be without Anthony Martial still serving his domestic suspension, while Eric Bailly, Jesse Lingard and Phil Jones are all ruled out with injury.

While we look forward to the epic battle at Old Trafford this weekend live on DStv, we cannot lose sight of matches from the 18 other Premier League clubs that will all be in action this weekend. The games will also be live on
SuperSport Premier League for all DStv customers.