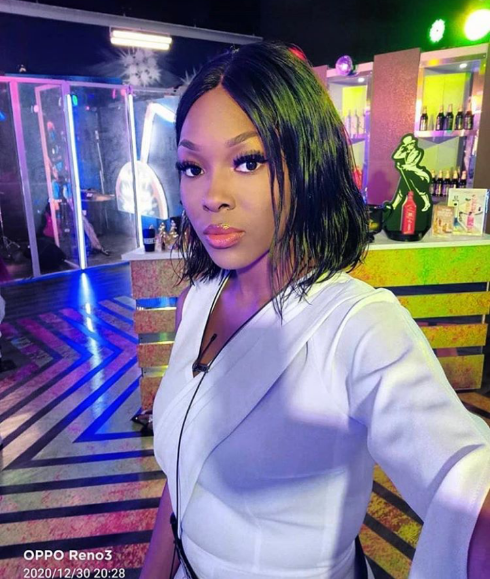 Former BBNaija ‘Lockdown’ housemate, Victoria Adeyele, better known as Vee, has revealed her pleasure with the 1% fanbase who voted for her in the final week.

Vee, since the voting results of the final week became viral, has been ridiculed on social media for polling an embarrassing 1% margin altogether.

READ: Lady calls out Mavin’s artist, D’Prince, Krizblac and Rema’s Manager For Leaving Her Friends Stranded In An Hotel

The reality TV star has, however, refused to let the ridicule get to her. Taking to Twitter, the musician acknowledges her fanbase for everything they’ve done for her. This is after she asked what she missed while in the BBNaija house.

“I’m reading all your comments. So this is how my 1% would fight for me everyday?! You guys tried o”

A fan then replied her that no celebrity campaigned for her except Adekunle Gold who posted her once in a while. “@veeiye No single celebrity campaigned for you. Only AG posted you once a while No blog posted something nice about you. We were literally on our own. Small fan base wey dey shook large fanbase. Mehn, we tried. Veehives, let’s do a group hug“, the fan wrote.

READ: 5 Ways To Make Sure Your Husband Is INSANELY Satisfied In Bed — And Life

“And that means the world to me. WE MUEVEE REGARDLESS!”