Tiwa Savage, the Queen of Afrobeats has revealed some details about the wages of Nigerian police officers. The Afro-pop musician took to her Twitter page to share the plight of the officers. 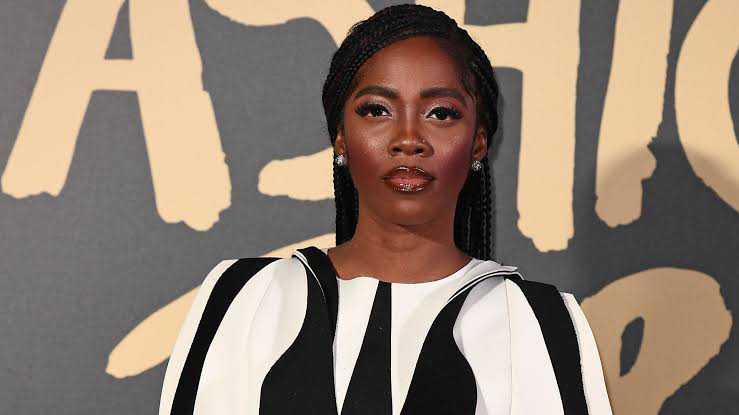 The mother of one, however, wrote that it is unlikely that an underpaid police officer would not inflict pain on others when handed a gun.

“I’ve spoken to a few in confidentiality about how low they are paid and how they go months without pay but are handed guns to protect Nigerians. While our leaders in the words of @n6oflife are paid billions to show up at the senate to fall asleep. Who are the real murderers here.” 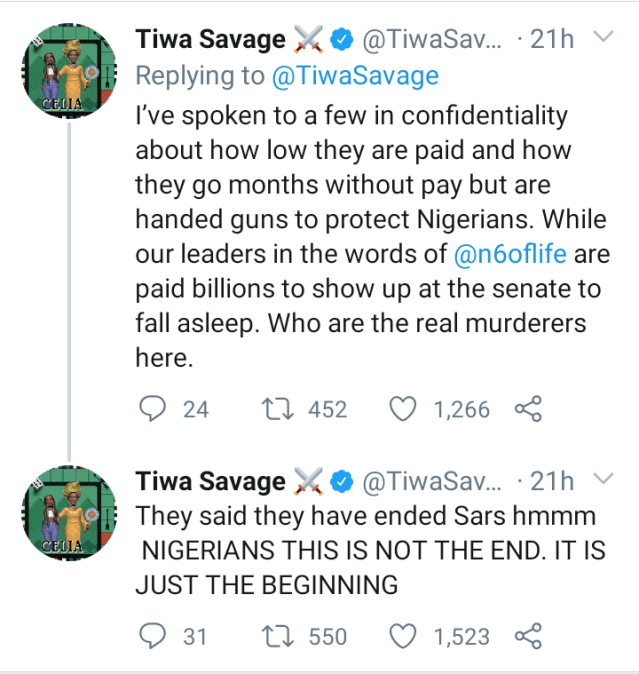