Nigerians have taken to Twitter to drag music star, Davido for denying his role during the #EndSars protest held on Sunday, October 11, 2020, in Abuja. 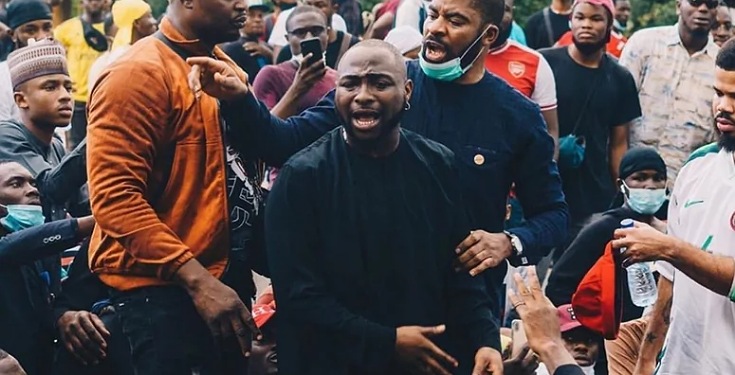 Davido and his team landed in Abuja over the weekend where they joined thousands of Nigerians for the #EndSars protest.

The music star later announced after securing the release of some of the protesters that he was going to have a meeting with the Inspector General of Police on Monday morning.

Things however took a different tune on Monday after a video of the music star in a meeting with the PRO of the Nigeria Police Force, Frank Mba surfaced on social media. 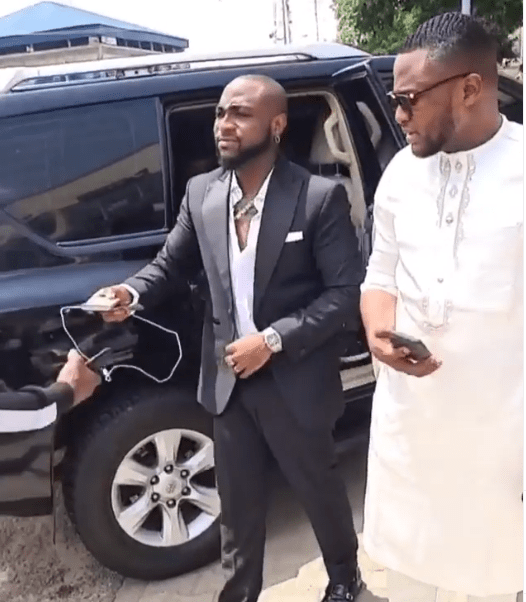 In the video, Davido told Mba that he didn’t want to have a meeting behind closed doors.

Davido is now live at the office of the IG of Policepic.twitter.com/rVTddSUSkw

Mba interrupted Davido by accusing him of being one of the masterminds of the protest held the previous day.

The music star however denied being a part of the protest, “I didn’t protest, I did not protest,” he said.

According to him, he was only there because they are his fans.

Davido’s public denial of the #EndSars protest has been met with backlash from Nigerians on Twitter. 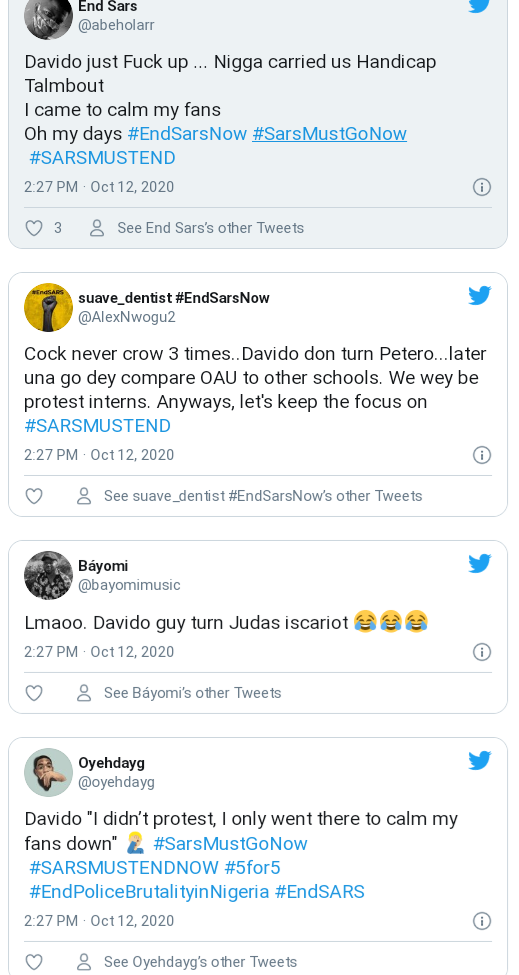 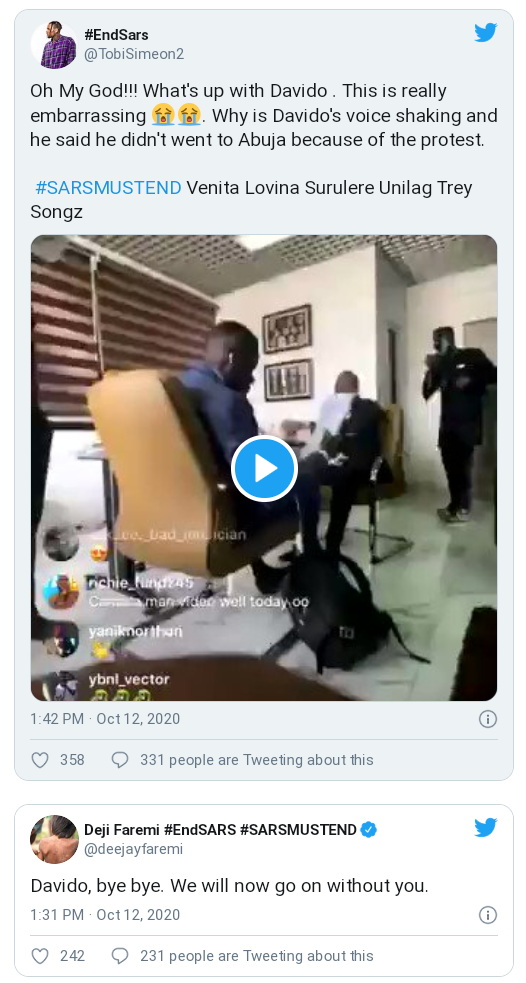 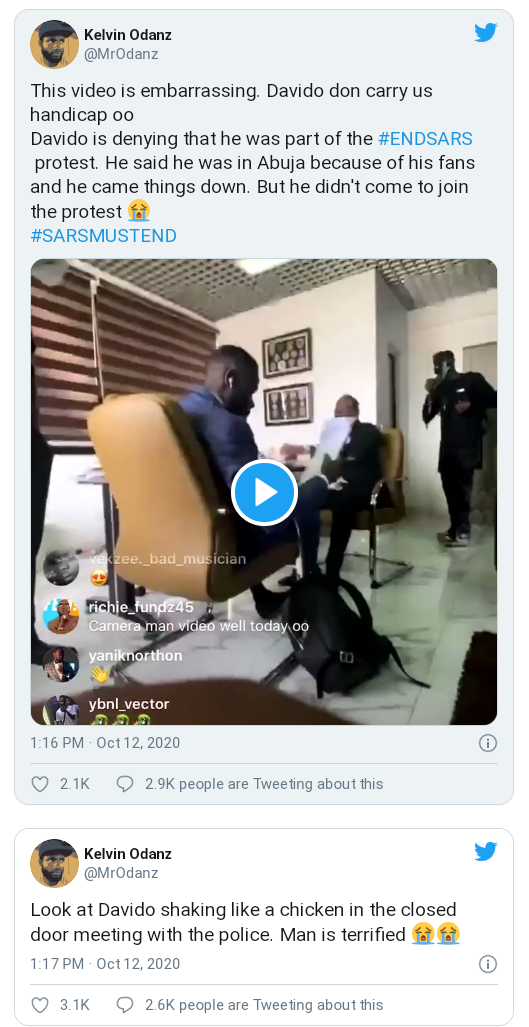 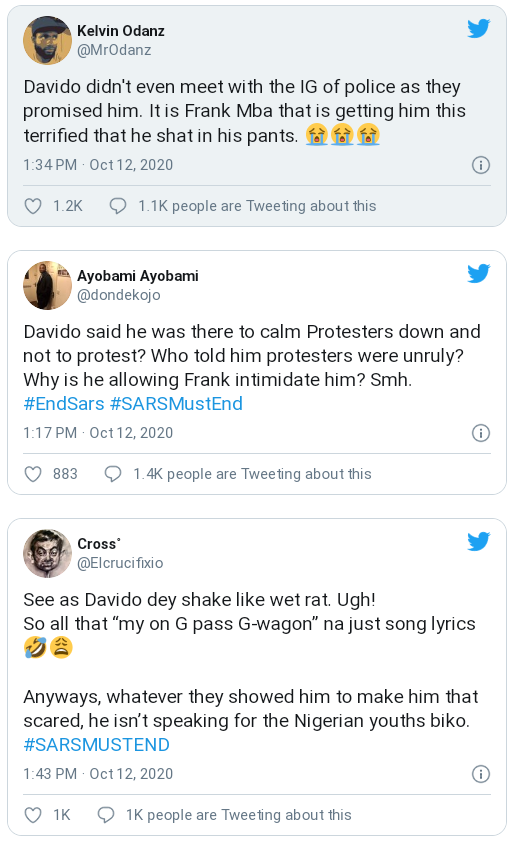