Popular social media comic skit maker, Debo Adedayo alias Mr Macaroni, has been at the forefront of the #EndSARS protest since it began on Thursday, October 8 2020.

The comedian and actor stayed all night at the protest camp, making attempts to speak with representatives of the government.

His courageous act has not gone unnoticed by Nigerians who have taken to Twitter to shower accolades and praises on him.

Read Also: ‘I Am Not Proud Of Some Of My Old Tweets’ – Mr Macaroni

Majority of Nigerians on the micro-blogging platform have vowed to henceforth find all his skits funny.

Mr Macaroni himself has been repeatedly tweeting about the protest on his Twitter page. “To build a NATION where PEACE and JUSTICE shall Reign!!!!! #EndSARSProtest #EndSARSImmediately“, he tweeted on Friday morning. 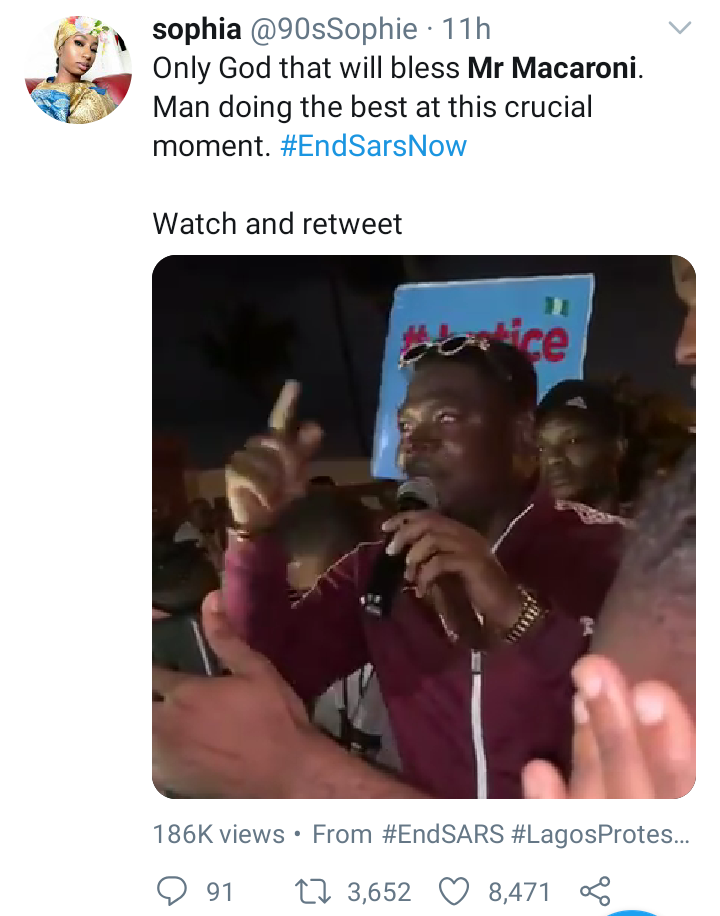