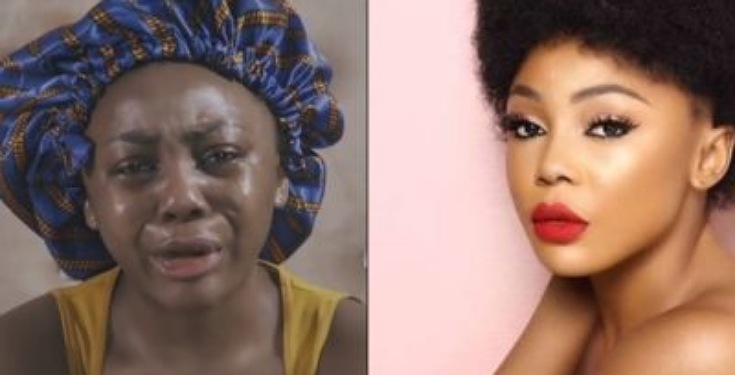 Nigerian reality TV star and actress, Ifu Ennada has disclosed that she is being threatened over her involvement with the ongoing #endsars protests.

The former BBNAIJA housemate told her fans that if anything bad happens to her, they should be aware that it isn’t ordinary, because she’s getting threat messages from anonymous people. 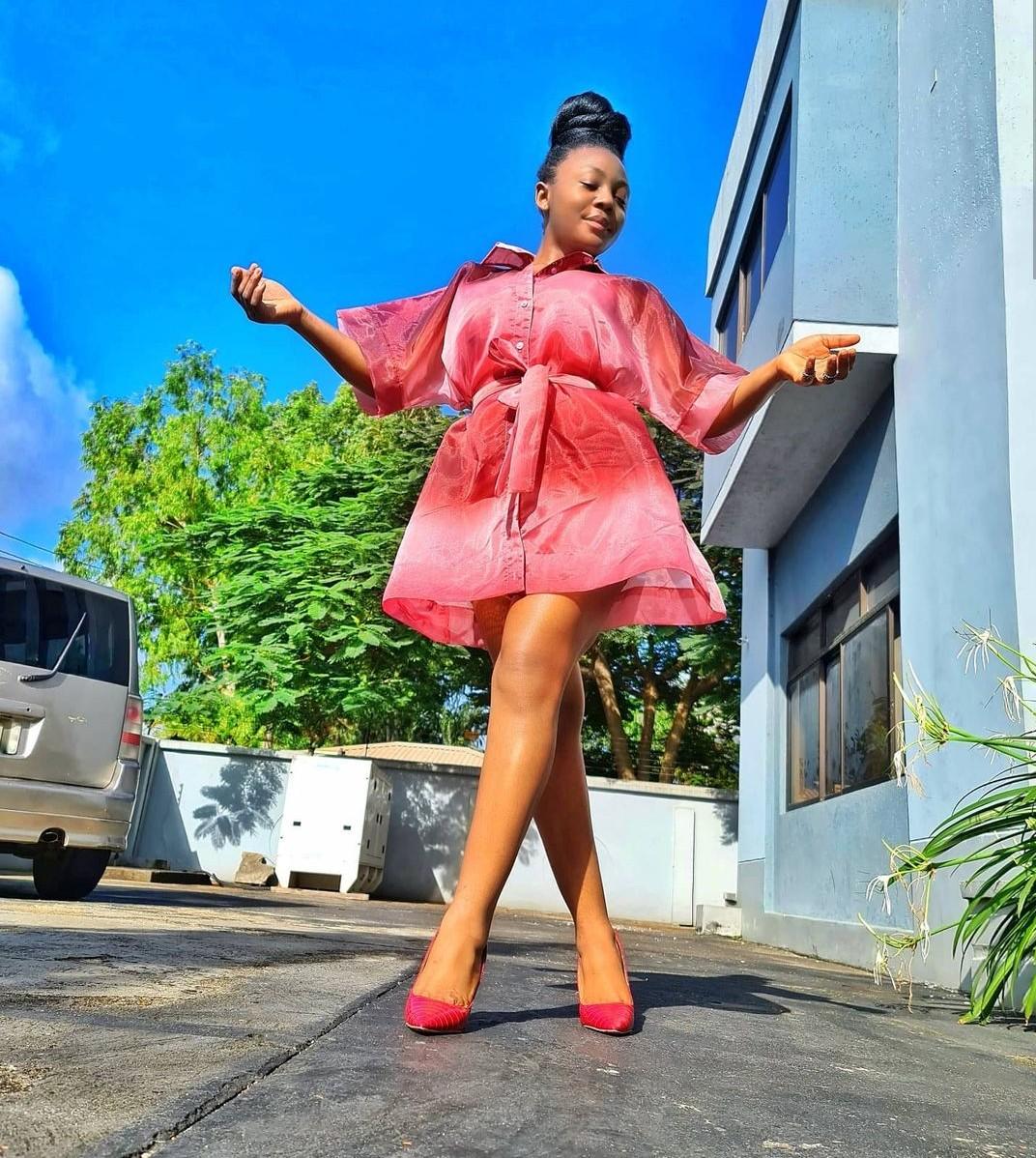 “They are threatening me! Guys the people where I live are getting calls that I should stop posting about these things.

Please if anything happens to me, just know that it wasn’t ordinary. I’m not posting things that aren’t happening or things that others are not already posting”.

She further mentioned that her location is currently off, and she isn’t home, so no one can trace where she is. 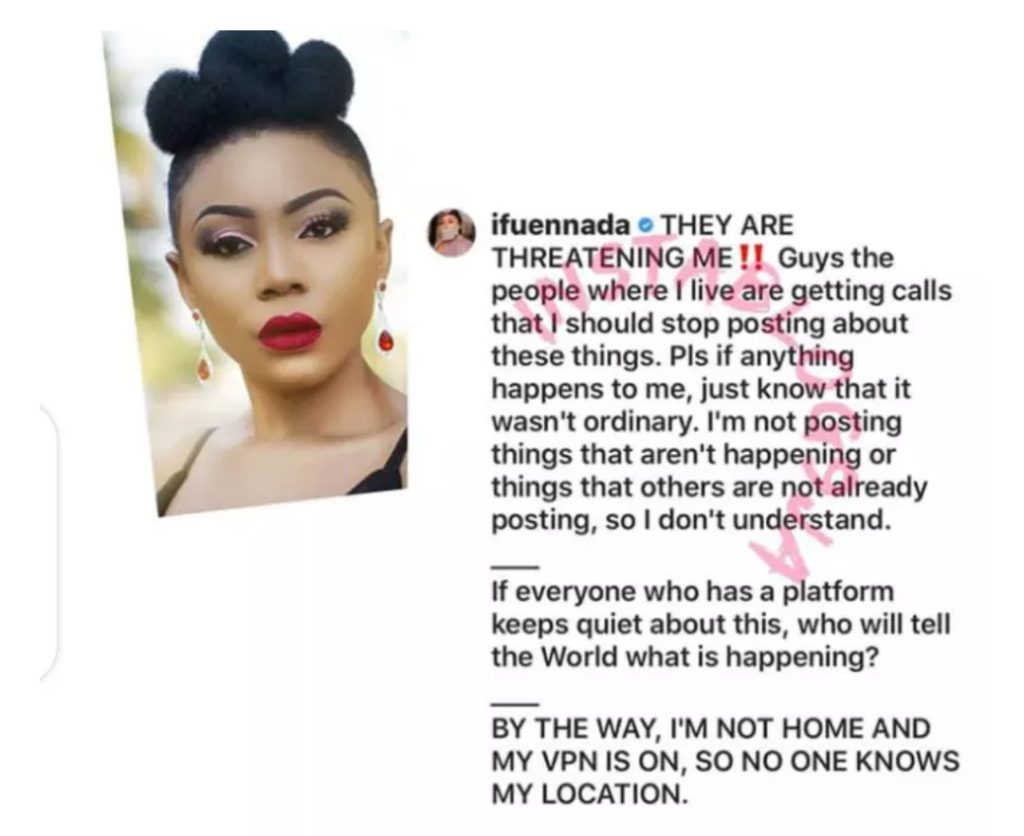