Popular Nigerian actress, Regina Daniels on Sunday took to Instagram to show off the expensive gifts she received from her billionaire husband, Ned Nwoko on her 20th birthday.

This comes days after the couple unfollowed each other from Instagram over rumours that the former lawmaker, Nwoko is allegedly dating Nigerian actress Chika Ike.

The couple debunked the reports with a video of them having fun at a shooting range.

A plethora of her fans and celebrities had flooded her comment section with birthday wishes.

The mother of one, however, received a grand surprise from friends and family, in celebration of her birthday.

Nwoko also went all out for his youngest wife as he purchased a luxurious bus and a Rolex wristwatch worth 24 million Naira for her.

The actress broke the internet as she proceeded to share a couple of videos of herself jamming to songs in her new whip.

Information Nigeria gathered that the multi-million naira luxurious bus is a ‘four-wheeled plane’ and Regina did no hesitate to gave her fans a glimpse of the interior which came in a customised pink color; the bus had a starlight roof and enough leg space for easy movement.

The film star also flaunted her expensive gold Rolex wristwatch as she expressed her gratitude to her husband.

The actress got people talking after she noted that she was going to show off the gifts because they belong to her in the caption of her post.

“Meet my four wheel plane…Also a present from hubby alongside my 24 million naira watch…. Love you baby… U are so extra @princenednwoko

Although Regina and her husband seem like an unlikely couple, they both claim they are in love with each other.

Information Nigeria recalls the news of their marriage spread like wildfire and it sparked a huge controversy due to the 40 years age gap.

After months of speculations about a possible romance between the duo, the actress finally made their relationship public. The pair had attended a convocation ceremony where Ned was awarded an honourary doctorate degree by the Federal University of Petroleum Resources (FUPRE), in, Warri Delta State.

Pictures of the couple stepping out for the first time together for an event caused a social media uproar.

The couple, who tied the knot in Aniocha local government area, Delta State in 2019, welcomed their first child together, a baby boy in June.

Many critics had accused the mother of the actress, Rita Daniels of allowing her teenage daughter to marry her father’s age-mate because of his wealth.

The married couple have faced their share of criticism, but their love for each other has continued to blossom.

It came as a rude shock to many after the actress revealed in an interview with media personality, Daddy Freeze that she refers to her husband as her ‘baby’.

Although, the actress’ father wasn’t in support of the marriage at first, he came around later to accept that his daughter has finally settled down with the man she loves.

Please share your thoughts with us on Regina Daniels’ expensive birthday gifts. Do you think Ned Nwoko should have spent the N24m on the Nigerian economy that is gradually sliding into recession? 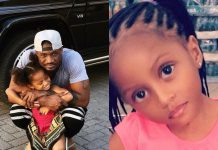 Peter Okoye Celebrates His Daughter As She Turns Eight 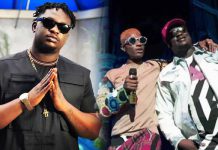 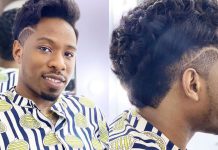