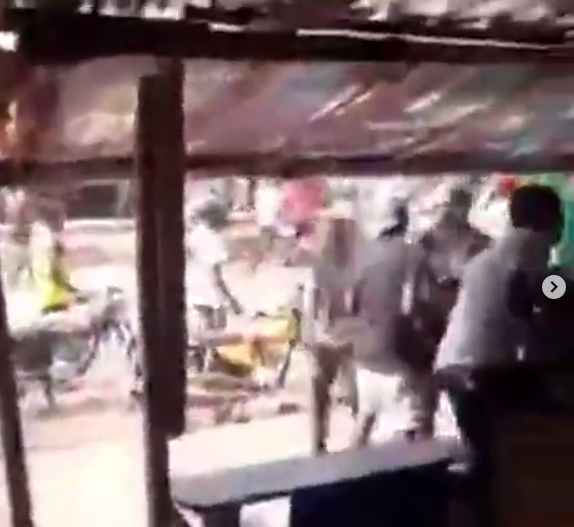 A tragic incident was recorded in Auchi community of Edo state on Monday October 19, as a soldier opened fire on unarmed #EndSARS protesters.

Though the incident that led to the shooting is still unclear at the moment, there are however claims of hoodlums who hijacked the protest attacking a soldier.

It was also alleged that the assaulted soldier mobilized his colleagues to the scene of the incident and this allegedly led to the shooting.