Former United States presidential candidate, Hilary Clinton, has called on President Muhammadu Buhari and the Nigeria Army to stop the killing of peaceful #EndSARS protesters calling for reforms in the police. 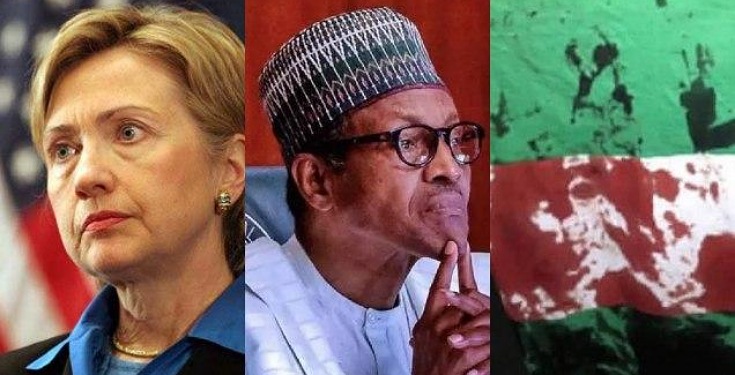 Recall that the #EndSARS protesters, who had been holding forth at the Lekki Toll Gate in Lagos, were shot at on Tuesday night, shortly after Governor Babjide Sanwo-Olu declared a 24-hour curfew.

Many were hit by bullets, others injured with reports of deaths.

Reacting to the latest development, Hilary, the wife of former US President Bill Clinton, called on President Buhari and the army to stop the killing of young #EndSARS protesters.

With this, Clinton joins a growing list of foreign stars and other VIPs that have expressed support for the campaign.

The reactions have been pouring in, with many thanking her for lending her voice .