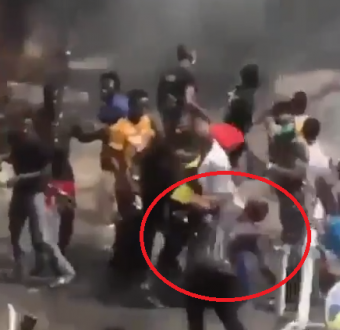 The incident occurred around 09.45 am, according to an eyewitness.

Thugs were caught on camera attacking a helpless police officer with sticks and other weapons after setting Orile Police station on fire on Tuesday morning, October 20. 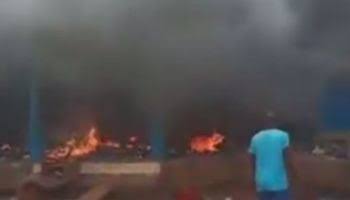 According to online reports, violence erupted after a young man was shot and thugs stormed the police station to set it on fire and attack officers.